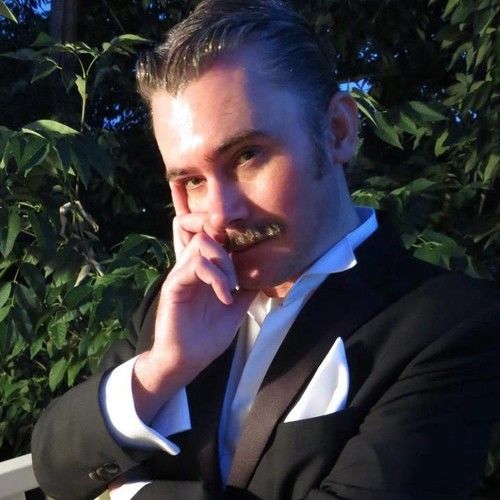 An American-Croatian Actor, Director, Writer, and Producer, that has appeared in Croatian, German, British, French, and American TV Series, as well as Feature Films, and Short Films. He is a Method Actor known for a very intense look, mostly playing intense complex characters, known for his ability to transform psychophysically for a character, while completely changing his look and character for the role. He is also known for being able to produce a vast variety of different sounds and phonetic levels, giving him a broad range, and ability to speak in a vast variety of different dialects, as well as the ability to learn and speak in different languages needed for the role, with the authentic pronunciations. For example, completely changing his appearance, and learning to speak the Afghan Pashto language, for the film "Drop Gun (2011)" by Magnus Persson. Ivan was born in Karlovac, Croatia, and grew up between Croatia, Germany, and the US. His love for films and arts began already in his early stages of life, when he was making films and drawing cartoons as a 10 year old boy, even appearing on a TV Show in Littleton, CO. By his teenage years he was the chief cartoonist for a High School Newspaper, and by the age of 14, became a member of the Thespian Society of Theatre Arts. After experiencing the War in Croatia in the early 1990's, this gave him an extra edge in the Method Acting abilities, and then he finished the School of Applied FIne Arts in Zagreb, Croatia, where he mastered painting and drawing, which he also used for painting giant back drops for Theatre Plays and Musicals, such as My Fair Lady, Pirates of Penzance, and Oklahoma, but also studied Motion Picture Production at the Career Education center in Colorado, where he also made his first experimental psychedelic indi documentary "Age of Pisces (1995)", inspired by his experiences in the Croatian Independence War. After joining the US Navy in the mid 1990's, Ivan Pavletic started to model for John Casablancas, and John Robert Powers. After some modeling jobs, commercials, and training in Community Theatre and Situation Comedy, Ivan Pavletic started his career in the US films, when he got a role as a Stuntman in the 20th Century Fox' "Titus (1999)" with Anthony Hopkins, and Jessica Lange. He then continued working both as an actor and a Stuntman in other American and European co-productions. In 2003, he acted in an American-British-French co-production of "Le Femme Musketeer (2004)" with Gérard Depardieu, and Michael York. Ivan Pavletic worked for various Croatian and German Film Production Houses, such as Jadran Film, ZDF, and RTL, where he got his acting role as a Doctor, on the first Croatian Telenovela TV Series "Villa Maria (2004-2005)", which also led to many other International TV and Feature Films, such as the TV Movie "Princess Undercover (2005)", and the German Feature Film "Eine Krone für Isabell (2006)" with Felicitas Woll. Pavletic also starred in many Short Films, of which some were shown and even won awards on International Film Festivals. In 2008, Ivan Pavletic, furthered his studies and education in Writing and Directing at the Colorado Film School, and Regis University in Denver, CO. By 2010, he started working on his first Feature Film Debut "476 A.D.", hich he Wrote, Produced, and Directed. The movie is about the very End of the Roman Empire, starring James Rusell, Spencer Kane, Piotr Gzowski, and the famous Croatian actor Igor Galo. The film was shot between 2010 and 2011, in and around Denver, CO., Rome, Italy, and Croatia, and is now presently in the final stages of Post-Production. Some of Ivan Pavletic's other Directorial works include Short Films such as Tough Luck (2009), The Cosmopolitan (2010), and SANE in 1974 (2013), and working on the Pre-production for the Biographical Feature Film about one of the biggest geniuses of all time, Nikola Tesla, called Tesla: Beyond Imagination (2014) with Rade Serbedzija and Igor Galo. His other acting roles were in a wast variety of short films, of which some are Smoke (2008), Between Haircuts (2010), Drop Gun (2011), Déchiré (2011), Homesick (2011), Tyranny and Grace (2012), Rebirth (2012), Open Your Eyes (2012), Escape (2013), The Low Road Baby (2013), and many more.

Unique traits: Known for being able to produce a vast variety of different sounds and phonetic levels, giving a broad range, and ability to speak in a vast variety of different dialects, as well as the ability to learn and speak in different languages needed for the role, with the authentic pronunciations. For example, completely changing his appearance, and learning to speak the Afghan Pashto language, for the film "Drop Gun (2011)" by Magnus Persson.