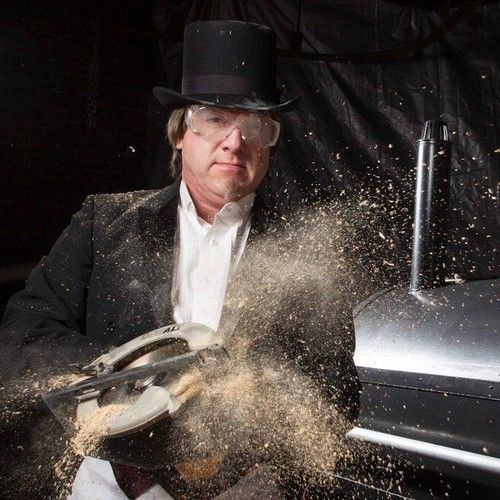 Eric Whitney began this career in the mid-1980s as a carpenter in live theater. He honed his craft studying at the Pacific Conservatory for the Performing Arts in Santa Maria, CA. He then moved to Los Angeles where he began working in film as an intern on the 1988 Roger Corman production “Time Trackers” and as a carpenter on the James Cameron film, “The Abyss.”

Eric worked his way up through various art departments until, in 2000, Director Jon Keeyes chose him to create Production Design for his project, “American Nightmare.” He has then gone on to design 51 more feature films, most of which can be found on Netflix or Amazon. Several of these films have won awards, including the 2013 and 2014 IAWTV award for Best Production design for his series “Continuum”. Every film has its own set of unique challenges and Eric has been able to pull from his vast experience and knowledge to meet and exceed anything a script has called for or a director has asked from him. Some projects have been as simple as redressing a house for “Suburban Nightmare” or as complicated as building a junk yard from scratch in “Exit Speed.”

Eric has recently returned to the US from working a year in the Philippians where he was the Production Designer for Big Foot Studios in Cebu. This was immediately followed by a three month stay in England working on the feature “Nightmare Box”. He loves the challenge of traveling to new places in pursuit of his art.

In addition to his work in film, Eric is an accomplished sculptor working in a variety of mediums including metal, ceramic and fiberglass with a BFA in Sculpture from the University of Texas at Arlington.

Working in this three dimensional world has allowed him to see his set designs in much greater depth. A sculpture is viewed from all sides, needing a feeling of balance throughout; the same can be said of a movie set. Eric’s sets provide a complete world to the director, allowing him more freedom of camera angles and moves than would generally be expected on lower budget films.

Eric has spent much of his working career in the independent film world on projects under $5 million. In that budget range he has had to find very creative solutions to production design problems, with the idea of making the project look much more expensive than the actual budget allowed. 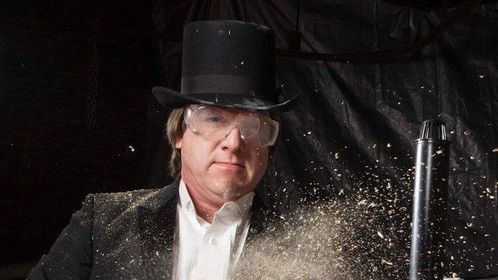