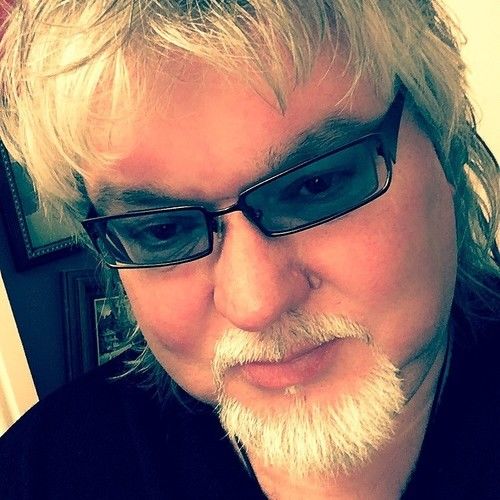 Simon W. Golding is a multi best-selling and award-winning novelist, screenwriter and producer. Simon started writing for national magazines (Reader's Digest, Cosmopolitan, FHM, The Great Outdoors etc.) and radio, including News Hudlines and Week Ending (BBC Radio 4 & 2). The publication of Manquito (Minerva Press) in 1995 launched Simon as a fictional novel writer, other publications followed, including Tally (USA only)and Badged! A move into non-fiction saw the publication of the revised edition of the world best seller Killing Time (Lion publishing) - Foreword by Ludovic Kennedy. Simon's last book surrounds Ken Loach gritty northern classic Kes - Life After Kes (GET Publishing 2007) - Foreword by Michael Winner. The book has received national praise on TV and radio. Simon's next book, which will be launched in winter 2018, is an authorized account of the late Brian Glover, Wrestler, Actor, Writer (GET Publishing) - Foreword by Darren Day. Another new commission is a book surrounding all movies and TV projects made in the county of Shropshire - On Screen Shropshire (GET Publishing) - Foreword by John Challis Boycie from 'Only Fools and Horses'.

One of Simon's main production at the moment is writing a big budget crime thriller screenplay, Hide & Seek - from his original concept, with filming taking place mainly in Mauritius in late 2018. It is being produced by MFC Productions - CEO actress/producer Françoise Pascal. Some filming will take place Tropikana Studios Ltd, a new Mauritian studio complex. There are some very big names attached to the production - and is being directed by an Oscar nominated director.

Simon is working on a new project with actor/writer Norman Eshley. The screenplay, written by Norman, is called The Dreamtime of The Artful Dodger and the author will be representing him through his new literary agency; Scriptura UK. Another new works-in-progress production is a 10-part comedy series called Joan - working with his new writing partner - actress/writer Sarah Hanly.

In summer 2018 Golding will be translating, from Spanish to English, Icíar Bollaín best selling book (published by El Pais Aguilar in 1997), A Quixotic Observer (surrounds Ken Loach Carla's Song (1996), for the UK national market, but more importantly he is working on a volume which includes all of Loach's movies - Ken Loach - Real to Reel.

Golding is also working on a documentary surrounding his book, Life After Kes, hopefully to be included on a Kes Special DVD together with Sony BMG. This will tie-in with the paperback addition of Life After Kes, - foreword by Melanie Sykes- the book is now available on Kindle (Amazon).

Simon has sold a comedy/drama script to a main-stream television company, co-written with his long-term writing partner; TV presenter Melanie Sykes. The writing pair are also working on a new fictional novel.

The author has been filmed, for the BBC Inside Out series, for a TV special celebrating 40 years since the release of Kes. Also appearing in the program will be Ken Loach, and Golding has also appeared in shows Saturday Night Live (with Lenny Henry, Tellystacks hosted by Paul Ross and The Time, The Place, presented by John Stapleton.

Simon's current workload includes two non-fiction novels. The first one, called Thursday's Child, is a true adventure novel surrounding entrepreneur extraordinaire and aviation record holder, Mike Kendrick. Mike's long term business partner and close friend, Richard Branson, has kindly written the foreword - and was launched with national media praise by DB Publishing in October 2014. The second is a controversial book surrounding the murder of 13-year-old newspaper boy Carl Bridgewater in 1978 - Scapegoat for Murder: The Truth About the Killing of Carl Bridgewater - and brings new evidence to the table. DB Publishing launched the book in June 2016 - the delay due to the book being adapted into a Channel 4 documentary - Interview With a Murderer (broadcast 12th June 2016) by ITN Productions - presented by top criminologist; Professor David Wilson. The author has appeared on national TV and written articles about the book for The Sunday Mercury, Birmingham Mail and Reader's Digest.The author was rewarded with a Broadcast Award in 2017 for the documentary, adapted from his book, Interview With a Murderer on Channel 4 - Best Documentary Programme. Interview With a Murder also won a Royal Television Award at the RTS Television Journalism Awards 2017. A three-hour series has been launched internationally and the extended documentary again includes the author - it has received excellent reviews in the USA and Canada.

Simon has been collaborating on a West End show with actress/comedienne Helen Lederer- called; Helen Lederer ask...WTF (Why The Fuss) - the show opened on 9th May this year at the St James Theatre, Westminster - to great reviews. The sell-out show also included special guest Kimberly J. Walsh from Girls Aloud.

The author launched his own production company - Plan B Media Productions. Simon will be Director of Productions, together with presenter Nikki Brown (Business & Finance Director) and John Harris (Technical, Audio & Visual Director). They are already working on a documentary about comedians called Standing Up!

In summer of 2018 the author will direct a world premiere of his comedic one act trilogy under the title of The Film Audition. This will include The Son (act 1), The Mother (act 2) and The Father (act 3).

Simon Golding is also a director and organiser of the established prestigious Bridgnorth Music and Arts Festival, which raises money for many local and national charities. Simon is also a presenter and chairman for the soon-to-be-launched radio station; The Valley Radio. Simon will present various art shows.
- IMDb Mini Biography By: Jayne Millner (PA to Mr Golding) 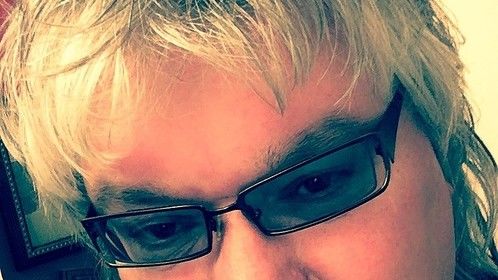 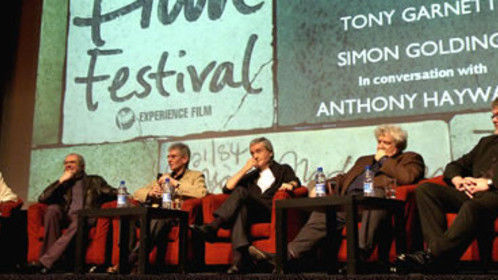 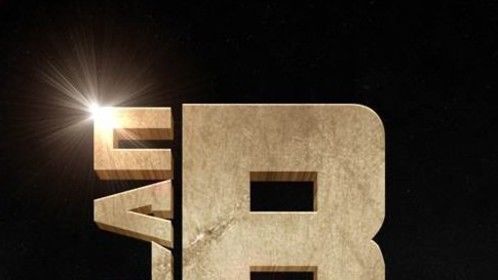