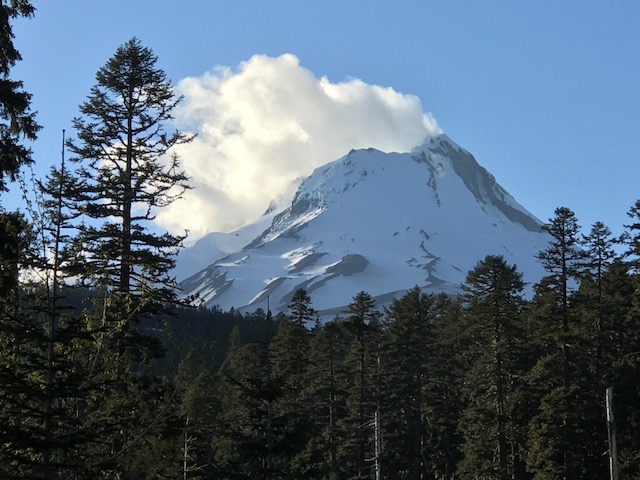 The power of wilderness to heal the human heart: A grieving widow trades harsh Brooklyn for pristine Alaska after a life-changing summer solstice cruise where her husband’s ghost bargains with God and Archangel Gabriel for more time.

Everyone in Alma’s Brooklyn neighborhood knows someone who has lost a loved one to gun violence. Fifteen years ago a drive-by shooting took her husband, Michael. Beating the odds, she raises their two sons on her own: Jerry a college freshman on a baseball scholarship, and Franklin, in medical school and recently married. Retiring from working underground for the New York City subway, Alma is ready to celebrate. Since she and Michael never took their honeymoon cruise, she books passage to Alaska. All she wants is some peace and quiet. Her sister, Germaine insists she not go alone. But, she’s never alone: Michael is always nearby keeping her safe. Alma, doubting her mental stability, feels his presence, hears and hallucinates him. What she doesn’t know is God, who likes to surf and kayak, made a deal with Archangel Gabriel: Michael can be Alma’s guardian spirit until the birth of their first grandchild, when Michael will make his final passage. God places Gabriel on watch, flying in on stunning wings whenever Michael gets into trouble, answering his prayers.

The Aurora Borealis or Northern Lights works its magic: On the solstice cruise, Alma meets Cassandra, who also lost her husband - also named Michael - to gun violence, traveling to scatter her husband’s ashes on what would have been an anniversary. United by deep grief and common experience and coincidence, they become fast friends. When the ship docks for a land excursion, they meet Duke, a salmon sport-fishing boat captain, with a boat for sale. Alma and Cassandra buy the boat on the settlement money Cassandra received from her husband’s wrongful death. Now in the sport fishing business, Alma trades Brooklyn for pristine Alaska. God and Gabriel enjoy kayaking, waiting for the birth. Soul in, soul out.

In Brooklyn, Alma attends the birth of the grandchild. After the baby arrives, Gabriel comes for Michael. Michael and Alma re-live the events of his tragic death at the same hospital. Alma and Franklin walk home where Franklin once again expresses his concern over Alma’s grief, and these hallucinations. At Franklin’s home, Jerry waits for news. Alma and Michael have their final visit when the sons hear their Dad’s voice. Now fully visible and audible to his family, Michael shares a prophecy and speaks to his sons about their futures and the strength of love and family. He gives Alma a farewell kiss as Gabriel takes him. Their powerful love demonstrates the bonds between a husband and wife even after death. Through Alma’s journey from grief to recovery, urban violence contrasts with pristine wilderness.

THEME Nature/Wilderness as a place for spiritual renewal; the power of love and strength of a marriage through memory; the soul’s passage from limbo to eternity.