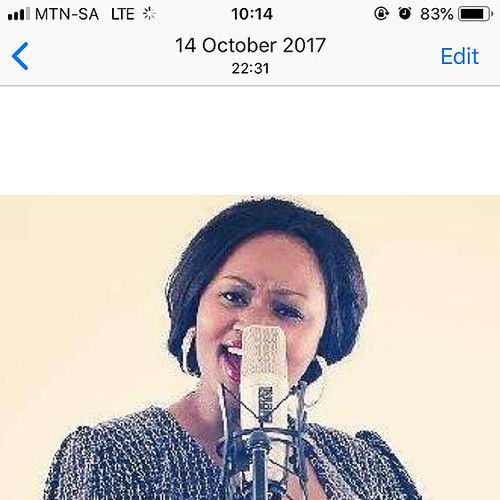 MAZAZAH
Zanele “Mazazah” Ngcamu
Zanele Ngcamu was born on March 23, 1984 in Zola, Soweto in Johannesburg South Africa, and is one of four siblings. In 2008 Zanele married her loving husband, Sipho Howard Ngcamu and the following year, just one day after their 1st wedding anniversary, they were blessed with a baby boy whom they named Sthembiso & 7 years later were blessed with another baby boy named Smangaliso. Zanele, also known as “MaZazah” to her friends, fans and fellow Musicians , is a wife, mother, and a devoted Christian and follower of Jesus Christ.
Zanele started singing at an early age. Her passion for music came to life when she was still in Primary School. At the age 7 years old, she joined a church, Naledi Apostolic Faith Mission, under Reverend Frank Chikane. It was there she began to sing in the children’s choir. This is where her talents were discovered and she would become groomed for greatness. Over time, Zanele became more and more visible. During school, she sang in school choirs and was chosen to be one of the lead singers. Throughout high school, she joined a group called Grace. The choir sang in different churches, weddings, events and entered in many singing competitions. At the age of 16, Zanele became a Professional Singer, providing backup vocals for different artists.
After finishing her matric, she desired to further her education by studying Human Resource Management, however, due to financial issues, she was unable to do so. Pressing forward, Zanele continued to pursue a singing career and would later sing with South African Gospel icon Bishop Benjamin Dube as a part of the choir on the project, “Oh Bless Our God.” She also joined the band ‘The equals” as a backing vocalist for South African well known Poet Mzwakhe Mbuli, she sang with him for a period of two to three years traveling in various places such as Swaziland,

around Johannesburg, Mpumalanga, and Bloemfontein. She also worked with Tenisson Legethe who was a business man and a famous tv presenter for a famous GOSPEL SHOW called ‘GospelGold’, and then later in 2005, she joined the Grammy Award winning Soweto Gospel Choir.
This is where the journey began to travel the world!
The choir travels for about nine months in a year with breaks in between tours. Some of the tours include places such as Singapore, China, Hong Kong, Macau, Spain, France, Germany, Belgium, Netherlands, Sweden, Norway, Portugal, Austria and Italy. They’ve also traveled to Australia, NewZealand , Fijian Island, UK, Scotland, Ireland, Lebanon the Caribbean Islands, Bermuda, St Thomas and various states throughout the USA; Canada the list is virtually endless.
Zanele has shared the stage with some notable South African artists and other well-known international artists. Artists such as John Legend, Diana Ross, Queen Latifah, Steve Wonder, Johnny Clegg, Beyoncé Knowles, Alicia Keys,
Kirk Franklin, The Bala Brothers, Zahara, Danny K, Lira, Angelique Kidjo & Salif Keita.
The greatest moment of Zanele’s career was when she was one 10 selected from the choir to sing at the Oscar Awards in 2009. This would prove be not only a monumental experience for Zanele and the Soweto Gospel Choir, but for Africa as this was the 1st time an Africa choir would take the stage in Oscar history. Zanele has also sang for the former South African Presidents Nelson Mandela and Thabo Mbeki, as well as the Inauguration of former South African President, Jacob Zuma.

Zanele was one of the lead singers for Soweto Gospel choir.She led songs like ‘World in union, African dream, Arms of the Angels, Voices in the wind etc’.One of her proud moments was also recording as a main lead in Fiji for the airline Air PACIFIC Jingle. Zanele has a powerful, strong personality that makes it hard to ignore her.She is driven, fearless, innovating and very confident.On tour with the Soweto gospel choir she has recorded many powerful songs with iconic musicians like Robert Plant, George Groban. She was also part of the team that recorded “Down to earth” WAll-E sound track for animated movie in 2008, a Disney-Pixar film with Peter Gabriel & Thomas Newman. The song was nominated for the Golden Globe Awards for Best Original song at the 66th Golden Globe Awards & the Academy Awards (OSCARS) For Best Original Song at the 81st Academy awards.

Recorded PRAY FOR ME of the album “UNCLAD” by Nigerian’s Darey Art Alade (2015).Zanele has performed in some of the world’s greatest concert Halls, From Carnegie Hall to the Sydney Opera House and in front of some of the most distinguished audiences, including President Bill Clinton, Morgan Freeman, ArchBishop Desmond Tutu, Former President Thabo Mbeki, the list is endless.

In 2014 Zanele Recorded her 1st single entitled “Psalms 91”, she released under her own label and company co-owned with her husband
‘Izigubhu Drums of Africa (Pty)”. She released her single on digital plartforms such as iTunes, googleplay, Amazon, Spotify etc.Because of the pressure of traveling at the time she wasn’t able to promote the single as she would have loved, her focus at the time was still so much on the things of the choir that she decided to put everything on hold. Later in 2018 she decided to take a break from traveling with the Soweto Gospel Choir to persue her Solo career .While still trying to organise funds, in 2019 she performed around churches, private events to raise funds for her Album. She was featured in local tv programs, interviews to build up for her up coming album.She has been invited as a solo gospel artist to a famous gospel show known as “Gospel Classics & has been opening Performances for three South African Gospel Giants, Bishop Benjamin Dube on “Bow down and worship” live concert and also for Dr Tumi & Omega for “You are Here” live Gospel Concert.


For Zanele “MaZAzah” the sky is no longer the limit, She is ready to spread her wings and see where life takes her. She is ready and very optimistic about the future.Currently she went back to finish what she started years ago, Diploma in Human Resource with University of South Africa (UNISA) distance learning.She believes its never late to “Define Your Tomorrow’
IN Conclusion as W.M Lewis says “The tragedy of life is not that it ends so soon, but that we wait so long to begin it”!! 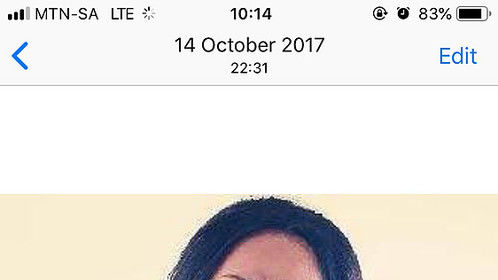 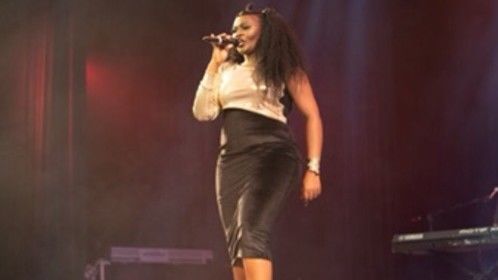 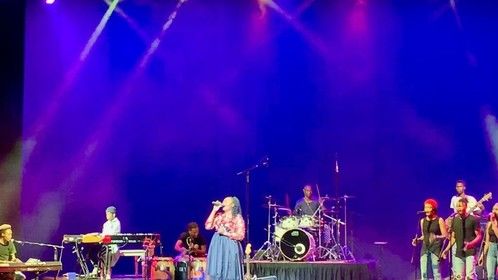