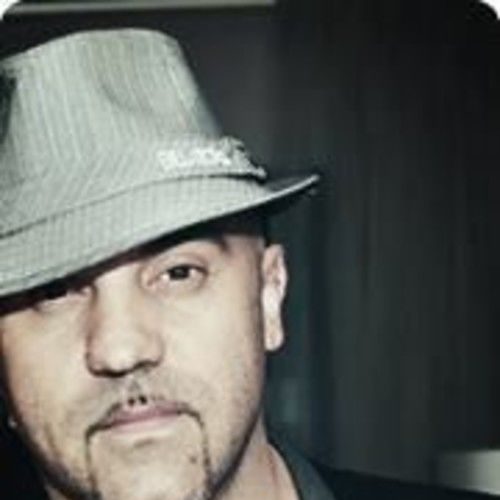 Born in the province of Treviso in 1976, I attended the Classical Lyceum High School, obtaining my Diploma in 1995, and then the Faculty of Architecture at IUAV (Venice University Institute of Architecture) since when I left it in 2001. In the meantime, I studied piano and obtained my Diploma in music theory.
Therefore I was born and have ever lived completely dipped in various kinds of art!

In high school, while I was studying classical and humanistic culture, I developed artistically by practicing in the fields of music production (in the recording studio, working with some hip hop and R&B bands) and composition (writing many lyrics for songs of various music genres, from rock to metal, to hip-hop and R&B, in both Italian and English). I also practiced visual arts (working in a firm alongside my father, an architect, industrial designer and urban planner; attending many industrial design exhibitions and photo shoots; practicing aerosol art, with some of the most successful Italian artists, and graphic design), communication (studying American techniques and methodologies online and attending the offices of some major agencies in Milan and in Veneto) and events organization (organizing, managing and promoting many concerts, events and art shows).

In 2001, while I was studying architecture & urban planning and Industrial & interior design, I founded and ran an integrated communications agency for six years as project manager and creative/art director.

In 2006, I began my international experience, working until the end of 2009, as chief creative officer and representative for Italy with a new international advertising, marketing and finance group based in London, with offices in New York, Dubai and Moscow, beginning to turn my profession more towards the world of arts (working on the setup of an opera between Italy and Russia), of entertainment (working on conceiving, creating and realizing some commercial and artistic short films) and of cinema (working, among other things, on a movie, which unfortunately is still unreleased, together with Jgor Barbazza [now professional actor, main character of the Italian soap opera “Cento Vetrine”] and Sandro Bovo [established dj and music producer and voice actor and character actor]).

Today, with 15 years of professional experience, I am a creative and art director and consultant, production designer, visual artist, musician and producer (also writer and author), as well as international business strategies advisor & consultant. I live between Treviso, London and, soon, Miami and New York.

For the last four years, I have been a member of the team of the Italian producer Pino Mastelli, dealing with the creative direction and the production design of both the Musical "Simón Bolívar", whose world premiere will be staged by the end of 2013 and whose worldwide tour will be arranged soon after that, and of the film "The talent of others" which will be released in 2013 and will have an international cast and co-production.

Since September 2010, together with my team, I have been writing and arranging a new musical for theater, which will be my debut as a theatrical director and producer, to be staged by the end of 2012.

I am also the creative and artistic director of a totally brand new international-style night club, which will open in 2012 in a famous seaside resort in Northeastern Italy. It will be a cross between a Miami dance club, a Broadway theater, the Parisian Moulin Rouge and a television talk show.

Since October 2010, I have also been dealing with a movie production service in Europe and Russia on behalf of worldwide film studios, working alongside the famous producer Roberto Bessi (see his IMDB page), in a solid and groundbreaking partnership, called "escalator films"!

Now I am driving the evolution of this partnership to a full film production company, the present escalator films (), implementing the new administration team.