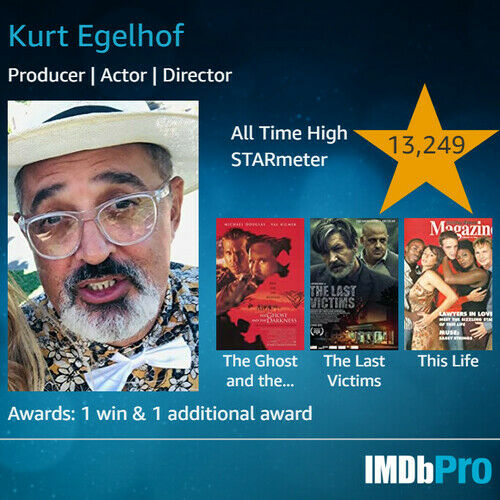 Kurt Egelhof is born and raised South African with a strong root in film, Theatre and television since 1980. A drama graduate from the University of Natal, he first stepped into professional acting in 1981.

Movie highlights include Ghost and the Darkness, The Last Victims, Zulu Love Letters, The Native Who Caused all The Trouble, Windprints, Perfume of The Cyclone.

He has directed approximately 250 episodes of local drama/soap, in series like Isidingo, Scandal and Backstage.

A working actor, touring the world with his own stage scripts, while developing younger talent for screen and stage.

Personal Quote:
As long as you keep chasing money, you will always be a follower of someone else's dream. Let your heart lead your life, and the money will follow you. 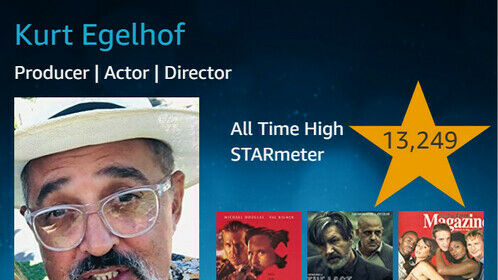