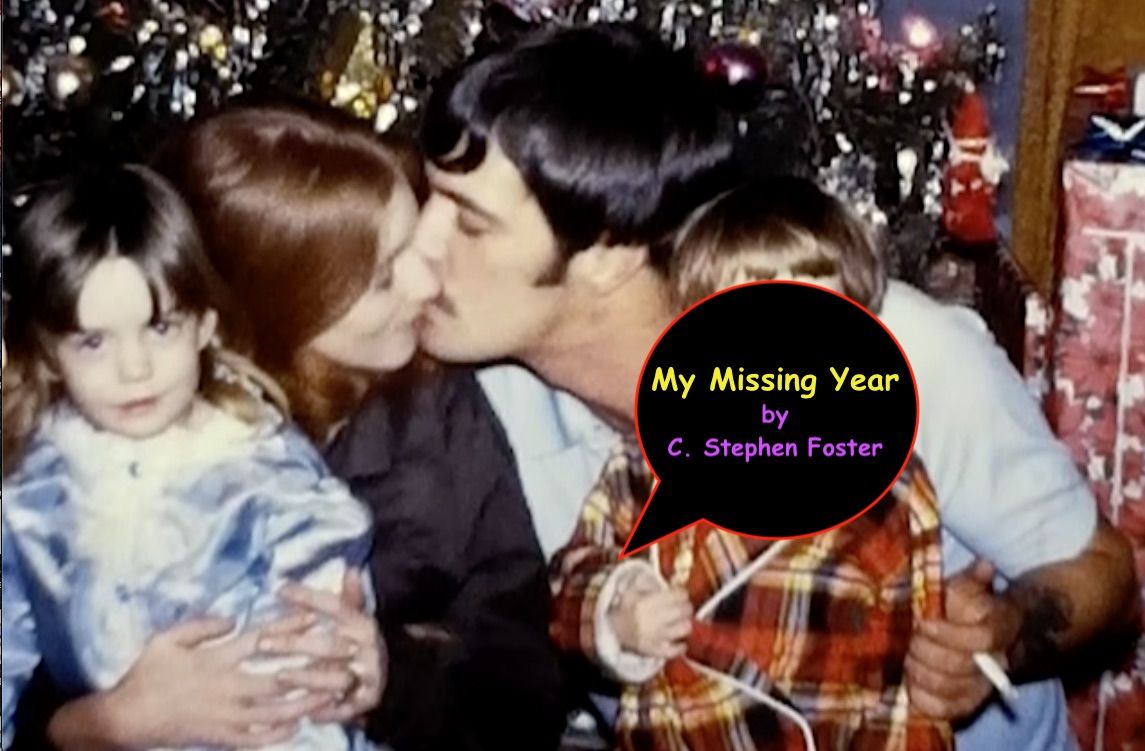 MY MISSING YEAR
By Stephen Foster

A southern, dysfunctional, family dramedy where a socially awkward, 11 year old, boy, Stephen, is forced to live in the Mason’s home for widows and orphans, after his mother gets dumped by her second loser husband.

Set in the backwater town of Bedford, Texas in 1979, Stephen a socially awkward, asthmatic, 11 year old boy, lives precariously with his mother, Patricia, and sister, Sharon. The three musketeers. Stephen was born 3 months premature has crooked-teeth and is extremely short. He is obsessed with pop star Olivia Newton-John after seeing "Grease."

One night, at a sleazy bar, his mother meets the man of her dreams, Ken, who is a loose cannon Viet Nam vet. What the hell? Love is blind. In a whirl-wind romance, they get married much to the dismay of her dysfunctional, white-trash family.

All is NOT well in paradise, Ken, as a new step-father, has zero parenting skills and treats the 2 new children like a drill sergeant. Patricia goes along with it because she wants a father for her kids. Yelling and screaming are the daily diet followed by a dish of ice cream to lessen the guilt.

After 3 months, Ken announces he's leaving Patricia while packing his clothes into garbage sacks. Patricia begs and pleads for him to stay, but he walks out the door leaving her and the kids high and dry. Patricia, pregnant, is forced to get an abortion and a job. She must also figure out what to do with her kids.

Her mother, Tiger, will not take them, so with the help of her Shriner grandfather, she attempts to enroll them in the Mason's home for widows and orphans. There is only one problem! After taking a series of tests: Stephen is admitted, but Sharon is allowed to live at Tiger's house.

Stephen, completely uprooted, lands smack dab into the Mason's home "the island of misfit toys" and thus begins his odyssey of missing a year from his life.