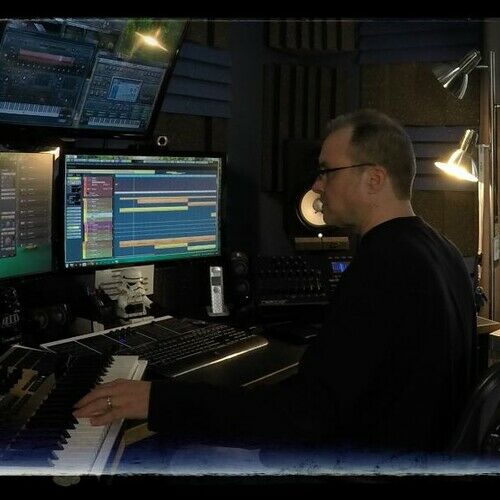 Born in Wisconsin, Scott Paul Lewis is a composer, orchestrator, and arranger for film, television, games, and media. Scott’s interest in music began at a very early age. His first exposure to film scores was a gift from his father – The soundtrack to Star Wars. (The vinyl is still playable today) Scott joined the school band trying to find a good instrument to study. Through an odd turn of events, he decided that the contrabass clarinet would be his instrument of choice. While performing with the contrabass, Scott decided there was more to music. He thought it best to pursue the inner workings of music and dive into music theory and composition.

After living abroad and traveling to various locations around the world, Scott developed a deeper appreciation for music from many different cultures. This provided him with plenty of material he could use in his own compositions. With an unstoppable thirst for more information, Scott began to attend the Berklee College of Music with a focus on Orchestration for Film and Television. Through this, the foundations for Scott’s compositions were solidified.

Scott’s desire to tell a story and bring a film’s story to life with persuasive and compelling music is insatiable. With a willingness to learn any genre of music, Scott produces high quality scores and establishes himself as a film and media composer. He is able to work with almost any genre and can produce the emotional response fit for the scene. He does not shy away from a challenge to go beyond what exists today and create something completely unique.