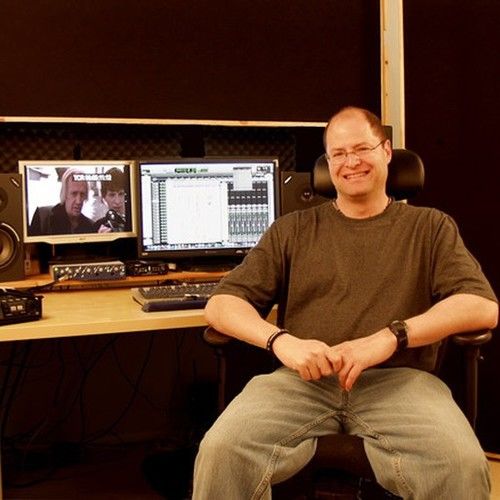 My fascination with the world of sound started when I was about nine years old. I was having trouble reading at school and one of the teachers suggested to my parents that I'll record myself reading then listen to it and that will improve my reading. I don't know where she got that idea but that's how I got my first cassette recorder and right away I started recording all sorts of things together with my friends. later on when I was a teenager I was fascinated with loudspeakers amplifiers and cassette recorders breaking them apart trying to make them better changing drivers, transistors, belts, heads and so on. after finishing my practical engineering degree in electronics and computers I started working as a roadie and from there moving on to equipment installation and electronic repair of sound systems. it was all fun but only when I landed in a TV station and started cutting sound effects for TV shows I knew that I found what I really wanted to do.

My first real sound affects job was cutting the sound effects for Xena the Warrior Princess, this was an unbelievable sound effects school for someone just starting with sound effects, till this day I can't believe my boss actually putting me on such a complicated show as a beginner. It was very difficult but eventually I got the hang of it and from there moving to other TV shows like Deadwood (HBO), Rome(HBO), John from Cincinnati(HBO), Big Love(HBO) Veep (HBO) and many more( see the list at IMDB). In the last 5 years I been working at Universal where I also started cutting dialog and mixing.

Unique traits: super easy to work with and very knowledgeable in enticing to do with sound