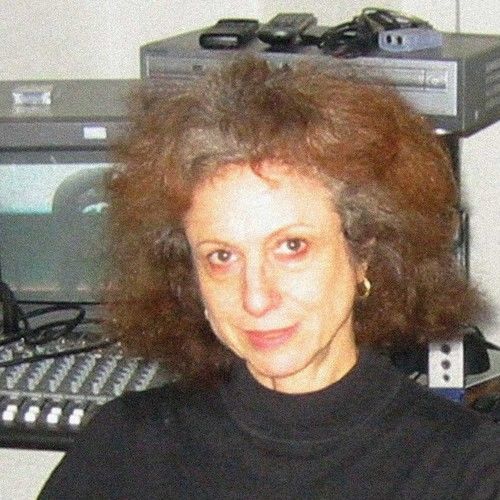 Riva Freifeld is a New York based independent documentary film editor and producer/director, with over 30 years’ experience in the film industry. Her most recent production was the one hour film ANNIE OAKLEY, which aired on May 8, 2006 on The American Experience, the popular historical film series from WGBH.

Ms. Freifeld has edited many films which have aired on PBS, cable and net-work television. She has been an editorial consultant for projects that need fresh input and advises producers on getting films in shape for festivals and broadcast.

Editing Credits
ISAAC IN AMERICA: A JOURNEY WITH ISAAC BASHEVIS SINGER, one hour documentary, nominated for a documentary Academy Award, screened at the New York and Berlin Film Festivals, premiered the American Masters series.
THE FALL OF NEWT GINGRICH and REDISCOVERING GEORGE WASHING-TON, both produced by Michael Pack, Manifold Productions.
WGBH Frontline special, THE SEARCH FOR SATAN.
The Emmy winning NBC series, C. EVERETT KOOP, M.D.
SURVIVING THE BOTTOM LINE and CHALLENGE TO AMERICA, 2 series produced and hosted by Hedrick Smith.
CAN'T AFFORD TO GROW OLD and OUR CHILDREN AT RISK, hosted by Walter Cronkite.
WHAT CAN WE DO ABOUT VIOLENCE? produced by Bill Moyers.
Ms. Freifeld was a producer/director on the children's programs BIG BLUE MAR-BLE and 3-2-1 CONTACT. Her segment on a child prodigy violinist won an Emmy. She has also produced and edited films for The World of Audubon, Life-time TV, HBO, National Geographic Explorer, Arts & Entertainment, ABC, NBC, CNN, Fox, and Britain's Channel 4. She has been a guest lecturer at college film courses in New York and at American University, Washington, DC. Ms. Freifeld speaks French, Spanish and German.