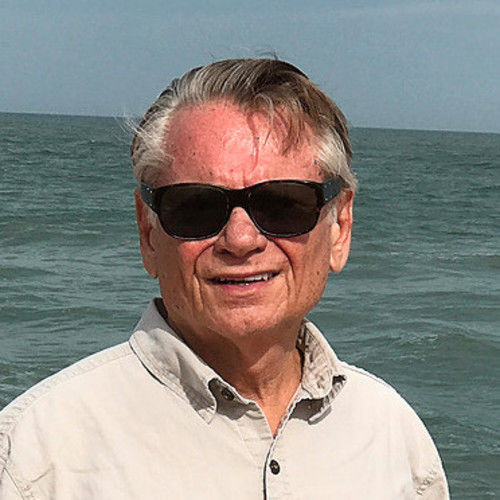 I like to humor myself and think of myself as a man in motion – editor, and cinematographer. At an age when some men are wrestling with retirement, I’m filming my own HD video projects and distributing them on the Internet. After over 30 years making pictures for other directors I am concentrating on my own stories here in our nation's oldest city, St. Augustine. There is a story around every corner to film. After over 30 years filming I have learned enough to write screenplays.

I’ve always been an overachiever by nature, my talents and skills began overlapping in 1964 at the age of 13. Paul Marino, a chorus teacher in my 8th grade year helped me find my voice. I started singing in a Miami garage band called The Victims at parties around Perrine and Cutler Ridge, Florida. At Palmetto High School, I was the lead singer with the 60's rock band Slaves of Sound. After the Slaves of Sound I was a contract singer with John Kennly’s Broadway Musicals at the Plaza Hotel on Miami Beach. At age 20, I was awarded a partial drama scholarship to Flagler College in St. Augustine. I attended Flagler only a few months before enlisting in the U.S. Navy.

I was born into a military family. My father was a Strategic Air Command pilot. From 1973-1977, I served aboard the USS John F. Kennedy (CV 67) where my duties included assembling air-to-air rockets and maintaining air-to-air weapons at sea. I was honored to be stationed on the famous aircraft carrier Kennedy and loved being at sea; the military was not a good career fit for me.

When my four-year Navy hitch ended, I returned to Flagler College in St. Augustine. I also attended Florida School of the Arts in Palatka where I received a degree in technical theater. During this period I performed and worked as a technician in more than a dozen area plays among them “Midsummer Night’s Dream,” “South Pacific,” “Cabaret,” “A Streetcar Named Desire” and “Cross and Sword” – the latter, depicting early St. Augustine history, was designated “Florida’s Official State Play”. “I enjoyed acted the role of Jean Ribault, a French naval officer, navigator, and a colonizer of early Florida. The Ribault roll taught me a great deal about religious freedom”. The next Summer I portrayed Father Francisco Lopez de Mendoza Grajales, chaplain of Menendez’ fleet; celebrant of the first Mass in St. Augustine; and first missionary at Nombre de Dios. After the summer of 1977 I left for Los Angeles.

In California, using my G.I. Bill benefits, I attended Columbia College Hollywood where I received a BA degree in Cinematography. In Hollywood I made the rounds of independent movies and student films. After learning film-making in Hollywood I returned to Florida in 1980 and married the former Anne Buynitzky, my wife and partner since 1980.

In 1980 I started Merwin Films and produced three cable TV shows a day seven days a week. I would produce TV commercials and insert the commercials into the three shows I was producing. My first year a friend from LA, Shane Smith worked with me enjoying applying the knowledge we had received in LA. Anne and I moved to Orlando where I worked as a cameraman with The Cinematographers Guild, as an electrician with Local 631 and a video assist operator with the Editors Guild on hundreds of TV shows, commercials and industrial shows. Notable among these shows were the very early shows produced at Walt Disney World and Universal Orlando. Industrial trade show for corporations was a part of my business working production for: McDonald’s, IBM, General Electric, Chrysler, Cadillac, Ford, Candy-Maker Mars' and Pfizer. On my off hours in Kissimmee, Florida where we owned a home I was producing shows with a production company I started with a local Kissimmee business man called KISS TV (for Kissimmee TV).

After five years of Disney, Universal, KISS TV and corporate shows, I started getting calls on network television shows and movies. I was an assistant editor on MGM’s “In the Heat of the Night” (7th season). It was an honor to work with Carroll O'Connor.

British Cinematographer Tony Imi gave me a break as an assistant cameraman on a NBC TV remake of “The Old Man and the Sea” (Fuisz/Yorkshire – 1990). It was while working with Anthony Quinn on “The Old Man and the Sea” that I realized the level of commitment required to maintain a career with the screen arts. The first day I was on the set I saw Mr. Quinn refining his craft, rowing. He was on his little fishing boat practicing for an upcoming scene. I remember thinking “if this man, at his career level, is working this hard to make the scene a great scene I had better re-think my level of commitment to my craft. From that day on a beach in Tortola, in the British Virgin Islands forward I have always given 100% of myself to my work on the set.

I 1991 produced and filmed my first Panavision movie New Walden, and continued to work my craft.

As the millennium unfolded, my wife, our son Louie and me returned to California where I re-tooled my film making skills at the Editors Guild, the Cinematographers Guild, and attended UCLA.

AFM
I learned the logistics of independent film marketing and distribution while working the market at the American Film Market Association (AFMA) in Santa Monica. The AFMA assigned me to be the video guy at the JW Marriott Santa Monica Le Merigot where I screened four and five rooms of indi-videos all day long for 10 days during the run of the AFM two years in a row.

I produced, directed and photographed “Double Exposure: The Voice of the Camera,” a documentary featuring seven legendary cinematographers (), worked with the City of Beverly Hills as a cameraman on several video programs for their cable TV network and produced and filmed Changing Faces about legendary pioneers and contemporary make-up artists in Hollywood (). We moved back to Florida in 2004.

We lived in Fort Myers for a time and I worked some industrial shows and did stage work with Local 647.

I filmed a movie directed by Rhonda Toppel of Topline Cinema called Chill Out a fun, dark comedy about a woman who overcomes her citizenship woes. Her American husband dies an untimely death and she must convert her citizenship from Canada to America “over his dead body”. We filmed in some wonderful Florida locations and I enjoyed working with a great crew, many I had worked with on other Florida films and shows.

We moved from Fort Myers to Coral Gables, Florida after Chill Out and I started filming industrial projects at the Miami Beach Convention Center with Locals 500 and Local 600, the International Cinematographers Guild who had IA contracts at the Miami Beach Convention Center where Cassius Clay, later known as Muhammad Ali fought.

In 2010 we moved to St. Augustine, Florida were I wrote and directed my own productions with the help of my wife Anne.

ROOSEVELT AND RUFUS (Bruce Merwin, 2012) - Set in St. Augustine, our nation's oldest city, Roosevelt and Rufus is a real-life tale of man and beast working together in harmony. Meet Roosevelt, an entrepreneur at age 8 and carriage driver for over thirty years, and Rufus, a magnificent standard bred and Belgian horse, his partner. Join them on a trip around town and back through history to a simpler time, available at .

I film sustainable educational programs with a local St. Augustine producer. We have filmed over sixty five programs to date (2018). 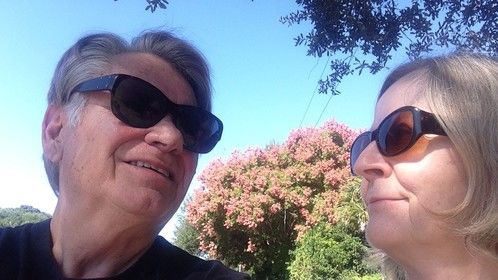 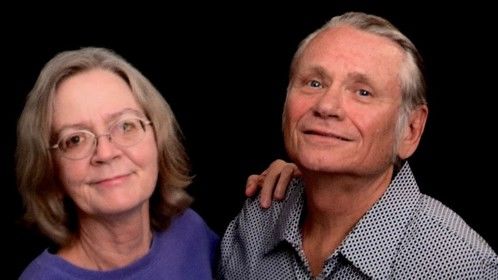 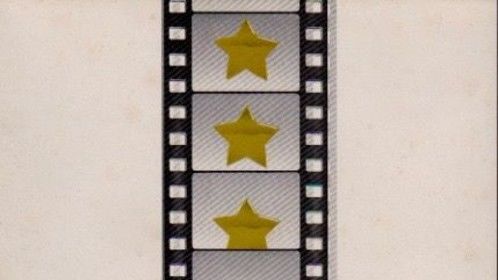 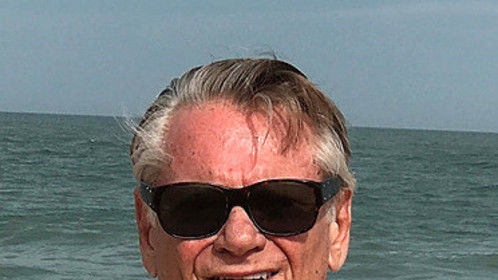