Producers: How to Find and Vet Great Scripts

On-demand coming soon
We're in the process of converting this LIVE webinar into the video for on-demand viewing. Please come back soon.
Average Rating   | Read reviews

This webinar had a live screening session recently and has not yet been converted into a video format.

This Next Level Education webinar has a 94% user satisfaction rate.

On-demand coming soon
We're in the process of converting this LIVE webinar into the video for on-demand viewing. Please come back soon.
Average Rating   | Read reviews 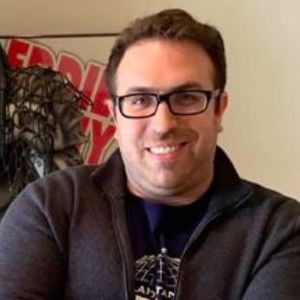 Learn directly from Joe Russo, Director of Development at Level 1 Entertainment, who has worked on projects with FOX, SyFy, A/E, Lionsgate Films and Universal Studios!

Movies and TV shows all start with a great script, but finding one is not always easy. Whether you’re an independent producer or a large production company, it can take countless hours of reading and looking through hundreds of scripts to find that diamond in the rough.

How many times have you found a great idea, but the script just didn’t live up to the concept? Or how about a great writer whose idea isn’t quite marketable enough? Are these lost causes? Should you still consider them?

In this Stage 32 Next Level Webinar, host Joe Russo will explain from an executive’s point of view the best ways to find and identify a great script. He will also dive into how Hollywood producers analyze material and determine if it’s worth taking on, so you can learn to do the process just like the pros do. You will leave this webinar with a clear understanding of how and where to find great undiscovered scripts, as well as how to analyze the material to make sure you’re setting yourself up for success.

Joe Russo is currently the Director of Development at Level 1 Entertainment, where he heads up a slate of feature films and television programs, working hand-in-hand with several major motion picture studios and television networks. Joe has worked on commercials, web-series, television and feature films for such companies as Nike, FOX, SyFy, A/E, Lionsgate Films and Universal Studios. Joe has been recognized for his “firm grasp of the craft, solid storytelling, and compelling characters”, as well as developing many acclaimed projects, and he is here exclusively to teach for Stage 32!

What You Will Learn

- What’s the difference between a financier, foreign sales company and development

- Who should you go to and with what projects?

-Understanding how a piece of material flows through a Production Company.

- Who is reading a script?

- How are they analyzing the material?

- What are they looking for?

- How to Find Material.

-How to Analyze Material.

- How should you be vetting a project?

- How should you be vetting the writer?

-What is a Producer Looking for in a Script?

- What are they trying to find in a studio movie? An independent one?

- What genres are they looking for? Why?

- What types of characters are they looking for?

- Which budget ranges work best? Why?

- Writers interested in seeing what producers look for when vetting scripts

About The Webinar Format:

Webinars take place online using a designated software program from Stage 32. You can participate from the comfort of your own home and you will be able to communicate directly with your instructor during the webinar. If you cannot attend the live webinar, you can still participate! The webinar will be recorded and you will have on-demand access to the audio recording, which you can view as many times as you'd like for a whole year. More information can be found below.

About Your Host Joe Russo, Director of Development at Level 1 Entertainment

Joe is currently the Director of Development at Level 1 Entertainment, under CEO and Hollywood producer, Bill Todman, Jr., heading up a slate of feature films and television programs, working hand-in-hand with several major motion picture studios and television networks. 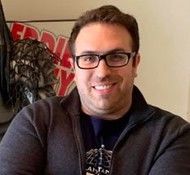 Award-Winning filmmaker Joe Russo has seen his films featured in festivals both domestically and internationally, garnering praise from top film critics. His years of production experience include work on web-series, television and feature films for such companies such as:

Prior to launching his own producing career, Joe worked as the Director of Development for Hollywood producer, Bill Todman, Jr. (X-Men, Wild Wild West) at Level 1 Entertainment. There managed a slate of feature films and television programs for studios and television networks including Fox, MGM, Showtime, SyFy, History and Amazon.
Joe then became the Development Consultant for Christina Aguilera’s MX Productions.

Joe and his writing partner, Chris LaMont, were named one of the Top 100 New Writers working in Hollywood on the 2016 Young & Hungry List and have sold projects to Mark Burg (SAW Franchise) and financier Emmett Furla Oasis.

Joe works in all genres, specializing in Action, Sci-fi, and Horror features and television. 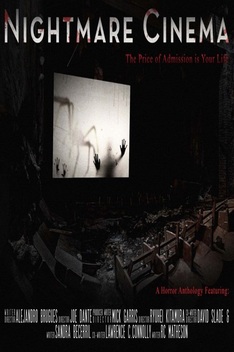 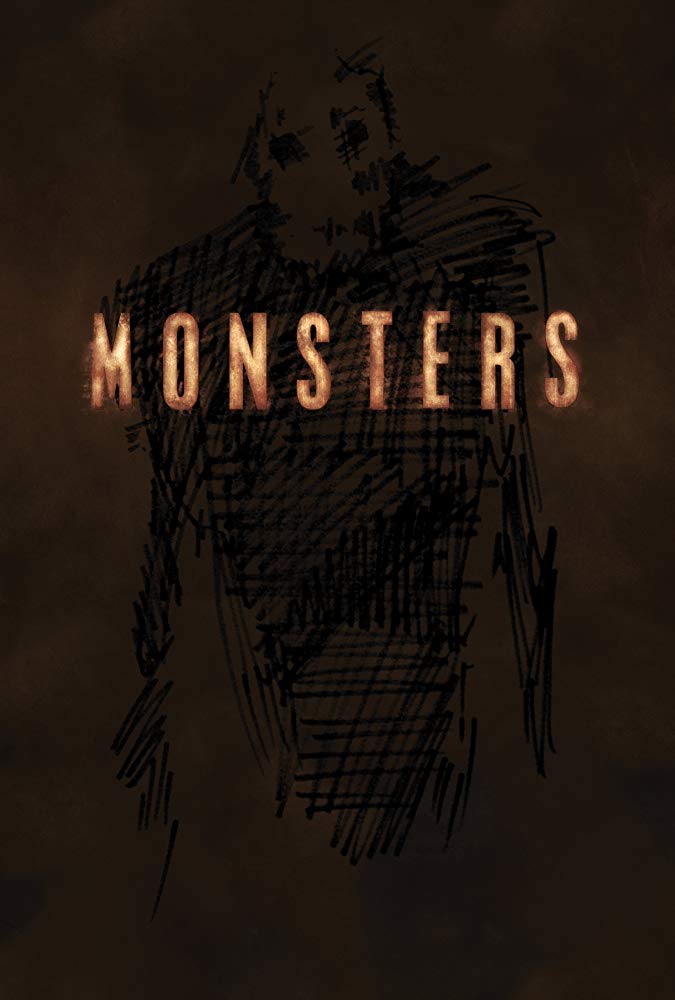 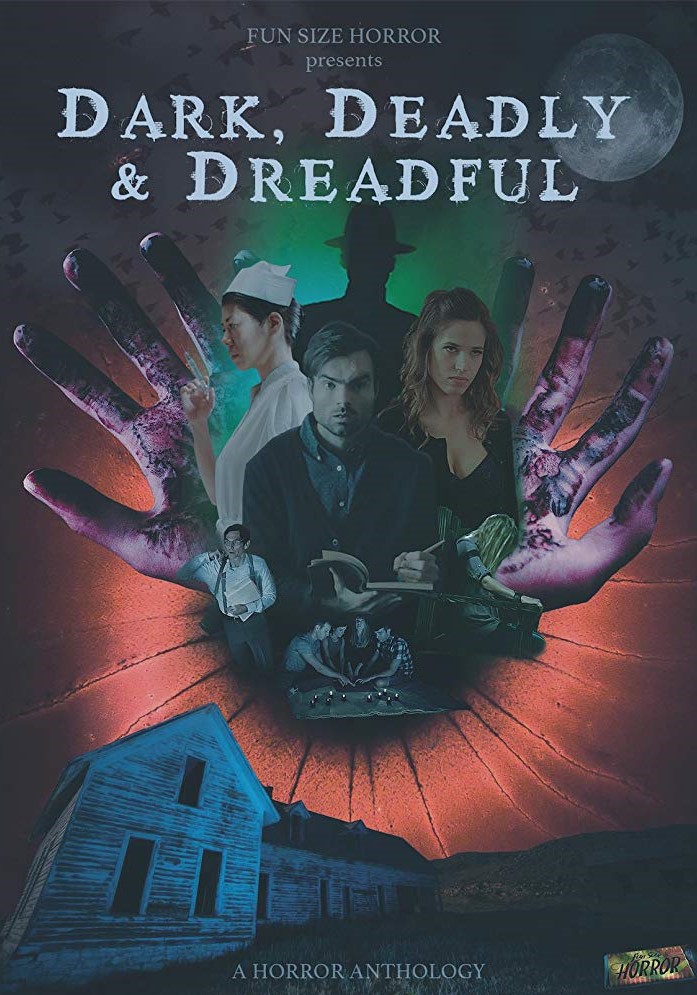 Q: How do I watch my webinar live?
A: If you received a confirmation that your webinar is on Go to Webinar, you will receive an email from Go to Webinar with further instructions for participating in the live webinar. You can also access your webinar link in your purchase history located under settings in the top right-hand corner of your Stage 32 profile.

If you received a confirmation that your webinar is on Zoom, you will receive a separate email from Zoom with further instructions for participating in the live webinar. Your login link will not be in your Stage 32 profile. If you did not receive your link via Zoom please email support@stage32.com.

Q: How do I watch my webinar on demand?
A: You will be able to watch your webinar on demand as many times as you’d like inside your Stage 32 profile. The recording is processed and posted between 24-48 hours after the webinar concludes. You can follow the instructions below.

YOU MUST HAVE A STAGE 32 PROFILE TO WATCH YOUR VIDEO – STAGE 32 IS FREE TO JOIN If You Already Have a Stage 32 Profile:

If You Do Not Have a Stage 32 Profile:


Q: What is the format of a webinar?
A: Stage 32 Next Level Webinars are typically 90-minute educational broadcasts that take place online using a designated software program from Stage 32. Your webinar will be taught by a working industry professional with in-depth teaching on a topic. If you are able to attend live you will be able to ask your Stage 32 Educator questions during Q&A.

Q: Will I have access to the webinar afterward to re-watch?
A: Yes! Like all Stage 32 education, after the purchase of a live or on demand webinar, you will have on-demand access to the recording.

Q: How do I get a copy of the handouts provided?
A: If the webinar you take included handouts you can find them as downloads underneath your on demand video. You must be logged into your Stage 32 profile to view the video and get the handouts by clicking settings in the top right hand corner, then clicking purchase history.

Thanks for your loyalty to Stage 32 Education. We value having you in the Stage 32 community.

If you have any further questions, we are always happy to help. Please contact Stage 32 support at support@stage32.com.

In this Stage 32 Next Level Webinar, host Joe Russo will take writers behind the scenes of 2 horror films and 1 horror pilot. This webinar will be an honest, unapologetic look at the successes and struggles during the development process for each case study so you can you learn what to mimic and what to avoid for your own project. You Will Leave the Webinar With: An understanding of how each film and TV project came to be. An understanding of the different strategies used to package each project and how they were introduced to decision makers. A comprehensive look into the notes process so you can learn what went right and, more importantly, what went wrong. Clear advice on how to apply these lessons to your own script or project. Learn directly from Joe Russo, producer who has helped steer writers' projects through the development process to land on The Young and Hungry List, Hit List and The Black List and sell to the Major Studios and Networks. Joe’s extensive production background includes working on productions for FOX, SyFy, A/E, Lionsgate Films and Universal Studios!

The Development Process: What Happens if They Want Your Script?

Learn directly from Joe Russo, an Independent Producer who has worked on projects with FOX, SyFy, A/E, Lionsgate Films and Universal Studios! You’ve spent days, weeks, months, maybe even years, toiling away on your screenplay. You’ve read all the books. You’ve taken the seminars. You’ve work shopped your script to death. You’ve crafted a sharp pitch and logline for your script – and now someone in the industry wants to READ your work! You celebrate this long awaited victory, but what happens next? What if they don’t just like the script you’ve poured your heart and soul into, what if they WANT it. In this Stage 32 Next Level Webinar, Joe Russo will shine a light and give an executive’s opinion and advice on a Hollywood process you’ve all heard of, but probably don’t know nearly enough about – Development. Joe has been recognized for his “firm grasp of the craft, solid storytelling, and compelling characters”, as well as developing many acclaimed projects. The path to taking your written words and turning them into a major motion picture is a tricky, windy road. You all know the coined phrase “Development Hell”, and too many projects fall into this pit simply because the process isn’t clearly understood at the outset. So join Stage 32 as we explore the complicated and fascinating world of Development, and all of the small victories and bumps along the road that you can experience on your way to the green lighting of your screenplay into a movie.