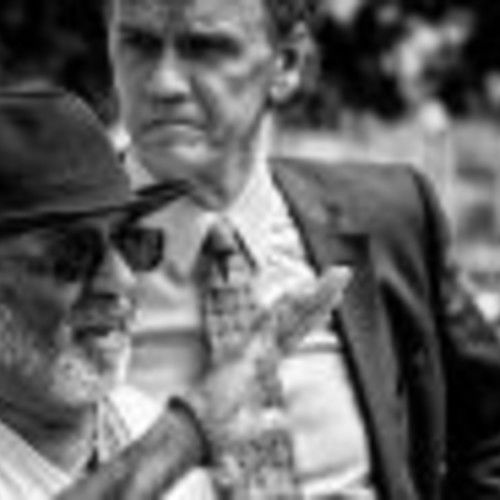 Family
Babu Subramaniam, has been married to his wife, Sylvia, for over thirty years, and
has two daughters - Natasha, having finished her Master’s program in Film from
Cal Arts, Leela, completing her graduate studies in Voice/Opera at the Manhattan School
Of Music this summer and a Son - Tagore, who has recently graduated from Boston University Law School and now a practicing lawyer in Los Angeles, CA.

Education
Babu graduated from S.I.E.S. College in Bombay, India; advanced his studies in
film at The New School in New York City.

Film Career
After finishing graduate school, Babu supported himself by working as a
Production Assistant, Script Supervisor and Assistant Director in the Bombay film
industry. His early initiation was on 8mm films working with his teenage
writer/director/actor friend, Hyder Ali. He subsequently worked under one of India's
leading filmmakers, Producer/Director, Mahesh Bhatt, on over six theatrical features
films. One of these films, "The Two Shades Of Blood” (“lahu ke do rang,") produced by
the late Shankar BC and Gul Anand took him to Hong Kong
In the mid seventies, Babu went on to work for Rizzoli Films, Italy, with one of
India's leading international star, Kabir Bedi, on films such as "Sandokan," filmed in
Malaysia, and "The Black Pirate," shot on locations in Colombia, South America. He
subsequently headed to New York City for advance film studies. He produced and
directed his first short film "The Big Apple" during his last year at the New School in
Manhattan. In the late seventies, Babu continued to live in New York City and worked as an Assistant Director for the late Italian Director Sergio Corbucci on spaghetti westerns such as "Super Fuzz," "Odds and Evens," and "Hands Off The Island," filmed primarily in and around Florida with stars such as Terence Hill, Bud Spencer, Ernie Borgnine and Joanne Dru. He later moved to Hollywood, California, on being accepted to the membership of the Director's Guild of America West to further his career as an Assistant Director.

On arriving in Hollywood, Babu began making the rounds and had the good
fortune of meeting with one of Hollywood's most reputable production supervisors,
Cyrus Yavneh. Cyrus was wrapping a 16-hour mini-series entitled "The Winds of War,"
for Paramount and was about to begin pre-production on a film entitled "Choices." He
was impressed with Babu and immediately hired him as a 2nd Assistant Director for the
film. Babu subsequently went on to work with Cyrus on numerous Features, TV Movies
and Series.
In the early eighties, he worked for three years as a 2nd Assistant Director for
Dick Glassman at 20th Century Fox TV on their series entitled "The Paper Chase,"
starring John Houseman. A story he read in the New York Times involving an Indian
journalist, Rajkumar Keswani and the Union Carbide Bhopal Gas tregedy, prompted
Babu to immediately head out to Bhopal, India, to produce and direct a documentary on
the Bhopal/Union Carbide tragedy. He currently is developing a theatrical feature film
on the subject with Producer Michael Phillips. He subsequently moved on to work for
Michael Nesmith and Cyrus on "Television Parts," for NBC.
In the mid eighties, Babu landed at Universal to work on a sci-fi series entitled
"The Misfits of Science," starring the late Dean Paul Martin and Courtney Cox. He then
moved over to MGM to work on "The Man Who Fell To Earth," for Bobby Roth.
In the late eighties, Babu was an Assistant Director on one of the most watched
event on Television - the final season of "Hill Street Blues." He became one of the most
sought after Assistant Directors in the business. The late Gene Roddenberry hired him to
work on his new series "Star Trek - The Next Generation, " for Paramount TV. The late
Michael Schoenbrun, who was then head of Paramount Television, was so impressed
with Babu that he promoted him to First Assistant Director on the series. He
subsequently went on to work as First A.D. with Steve Tisch and Kenny Ortega on "Dirty
Dancing," and with Tim Reed on "Snoops."
In the early nineties, Babu hooked up with Betty Thomas, John Landis and Kevin
Bright on "Dream On, " a series for HBO. Having now worked extensively in episodic,
he moved over to Theatrical Features, TV Movies, Mini-series and pilots and worked on
projects such as the mini-series "Son of the Morning Star" by Melissa Mathison, "Soul
Thief" and "In the best Interests of the Children" movies for Television directed by
Michael Rhodes and the feature, "Heart Condition," produced by Steve Tisch with
Denzel Washington and Bob Hoskins.
In the mid nineties, Babu's transition to features led him to work on "The
Untamed Heart" and "Home Of Our Own," films produced and directed by Tony Bill
who then recommended Babu to Dennis Hopper for "Chasers." He continued on with
films such as "The Cemetary Club," "Money For Nothing" and "Royce."
In Feb, 1994, Rod Holcomb, who directed "Royce," in Hungary with Babu as his
First Ast. Director, invited him to work on the Television pilot of "ER" produced by John
Wells for Warner Bros TV/Amblin. Babu continued to work on “ER,” as a First
Assistant Director for over eight years servicing directors like Quentin Tarantino, John
Wells, Mimi Leder, Chris Chulack, Jonathan Kaplan, Ken Kwapis and many others.
Babu continued on to CHEETAH GIRLS-AN INDIAN ADVENTURE for the
Disney Channel filmed entirely in Udaipur, Rajasthan, India, from Jan’08 thru April’08
following which, he went on to work for Dreamworks TV/TNT on a pilot entitled
“FALLING SKIES” in Toronto, Canada. His recent projects include working with
Ken Kwapis on OUTSOURCED for NBC-Universal TV, Michael Kattleman on MEMPHIS BEAT (two seasons) for Warner-Horizon, David Manson on FX/FTVS entitled “OUTAW COUNTRY,” VH1’s BOUCE, Ryan Murphy’s “THE NEW NORMAL,” and with Michael Lehmann on “BETAS,” for Amazon Prime. He is presently in development on projects entitled “Smuggling for Gandhi,” “The Third Sex,” “Burning Fire” aka “Feeding Frenzy,” “Itsu Mademo,” and “Passage Against The Tides,”( a 13-part limited mini-series) about the Punjabi(Sikh)/Mexicans set in the Americas of the early 1900s, to produce and direct in 2015-16.

Babu has directed multiple episodes of "ER" and has also directed episodes of
“ONE TREE HILL,”, “THE DIVISION,” “THIRDWATCH,” “ED” and “STRONG
MEDICINE.” Babu was invited by the Artwallah Festival to direct a one-act play
entitled “Chaos Theory,” during the summer of 2003. He continues to stay connected with his directing craft having just completed a workshop with Larry Moss on working with actors. He has received five DGA nominations and won three for his work on "ER." His Manager is Andrew Hersh at Thrive Entertainment. 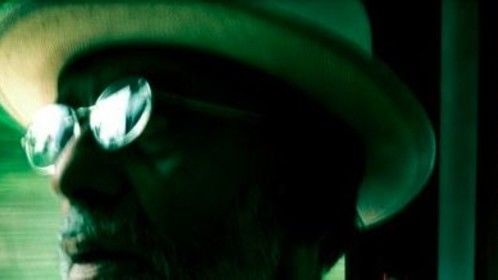 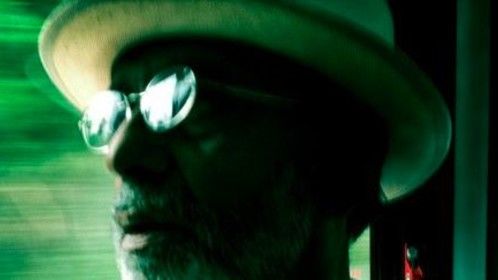 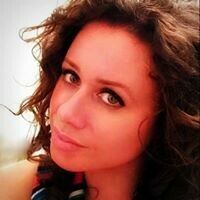