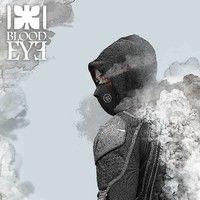 Blood Eye, an original independent action tale where demon hunter Trenton "Trent" Wilcox (played by Cedric Hatcher) learns there is more to his identity than just being a hunter of R.A.M. (An elite group of hunters sworn to protect earth against the supernatural) Trent awakens a more dark side forcing him to either deal with his newly acquired powers or risk becoming the very enemy he swore to annihilate after his near death experience. Fellow hunter Gail Summers (played by Agnes Mayasari) aids Trent along the way with unexpected help from werewolf Jonathan (played by Stevie Baggs Jr.) in efforts to get revenge for the murder of his family; creating a unlikely alliance to eliminate their common foe.