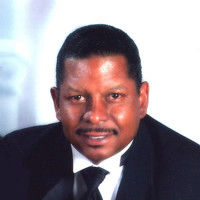 Affiliates Needed! Share our film with your network and earn a 15% affiliate commission. Click on Share button on player to learn more.! This is the 1990 pilot episode of the nation's first black "Dynasty" nighttime drama with the music industry as the backdrop. On January 12, 1991 the one-hour pilot made television history when it aired on WJZ-TV in Baltimore. The same (then) ABC affiliate that gave Oprah Winfrey her big break in talk. The first pilot was produced in 1983 and was one of twelve shows chosen by the National Association of Broadcasters to be showcased at their first annual minority television producer's exhibition held in Las Vegas in 1984. The Cosby show was one of the other eleven shows chosen that year. It's the story of the Tylers, the wealthiest black family in America. They own Tyler records and The Raven an international chain of showcase nightclubs that features new and established artists. But when patriarch Howard Tyler is found dead the struggle for power and position ensues among his surviving sons Tony and Sonny Tyler. His daughter Ellen has her own troubles as she announces her candidacy for the U.S. Senate. And when Howard's estranged wife Christina appears unexpectedly at his funeral things really get complicated. Especially when she exhumes his body later that night and takes it to a voodoo ritual. Both the 1983 and 1990 pilots are included in our unique video on demand player.There are also a number of shorter episodes included in the player. This is a crowd-funding project to raise money for a possible NetFlix series. Thanks for the support!