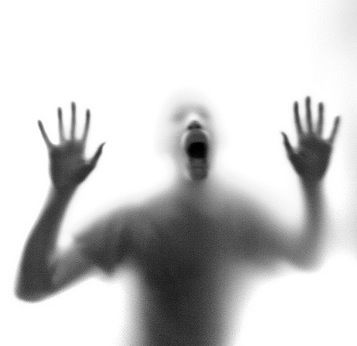 A claustrophobic man is tested in more ways than one when he becomes trapped in a MRI machine after an earthquake.

Forty-two-year-old Michael Potter is about to have a very bad day. After discovering a lump in his throat, his wife coaxes him into having it examined. Although never a fan of doctors, Michael knows, if not for himself, he must have it checked out for his wife, Susan, and their five-year-old daughter, Cassidy.

Not only does Michael have a fear of physicians, he's extremely claustrophobic. Unfortunately for him, having an MRI test is the most accurate form of diagnosis for his specific condition.

After building up enough nerve, Michael schedules the test. Not only will he face finding out if he has cancer or not, he'll have to remain in the extremely small space of the MRI machine for a dreaded forty-five minutes.

Come test time, it appears that Michael's made it. Then, with only a few minutes to go before completion, a large earthquake shakes the entire hospital. The jolt damages the MRI machine just enough to trap him inside. However, it's only the beginning! A massive series of aftershocks strike, collapsing the entire hospital building, burying Michael and Emily Yoo (the MRI technician) in a colossal heap of debris. While trapped inside, the two of them reflect on the trials and tribulations of life, and what they would do if they had a second chance.