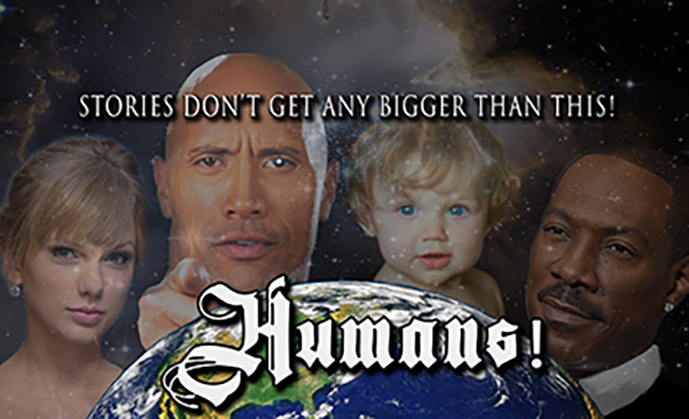 God tells the real story of The Universe, and why humans are in it.  Barely.

The need for a higher power is a fundamental of the human psyche. Perhaps it springs from the earliest memory a human has of his own life, when his every need was filled by a nurturing mother, his sense of security and safety provided by a strong but gentle father. The human baby, so frail and fragile, requires the protection of doting parents. This imprinting he carries with him throughout life, and it is this imprinting that spurred the most able of men to invent things called “religions,” with elaborately contrived gods to worship and pray to for guidance, for release and salvation from the slings and arrows of life on Earth.

All Gods are metaphors, created by men, with the intention of describing the relationship of mankind with higher, unseen and unknown powers. We find comfort in the gods of our own making, but it is a trick, a lie we tell ourselves. The danger lies in the inevitability that we forget that we’ve created these metaphors, or even who created them. They become real and take on unreal powers. Tragically, we fight among ourselves to defend one god against another. With great gusto and bravado, we slaughter and sacrifice for our gods. We develop unshakeable faith in our gods, ascribing the worst punishments imaginable for anyone who fails or denies OUR god.

Thus, our Achilles heel is our need for a higher power. This weakness, this addiction, is the greatest threat to civilized man.

Religion is not the answer; it is the problem with life on Earth.

Yet, as pernicious as it is, it persists; thriving, flourishing, on every craggy corner of the globe. What we need is a new metaphor: one that exposes the invalidity of all the current metaphors; one that comes from a point of view far outside the petty squabbles of Earth, farther, even than the cosmic squabbles of our Creator, and whatever created Him, and His Creator, and on, and on, and on……

It is this impossible task, in all of its grandeur and mystery, that we take on with motion picture series “Humans!” Given the fact that mankind is at this very moment capable of completely destroying Earth and everything on it, with a flinch by any one of the psychopaths that rule us, it is a task of Paramount importance, of Universal significance, and one that outfoxed the Twentieth Century and threatens to undo the twenty first.

“Humans!” tells the story of man from the point of view of God. It creates a wildly speculative new myology that poses explanations for the various miraculous events that we hold dear, and upon which we build our faith. We do so with the full realization that our metaphor is imaginary, for after all, it’s only a movie. Its neither divine or profane. Yet, it will very likely be interpreted as both. And for this reason, it has the potential to be controversial, if not incendiary. If it isn’t, well, I will have failed as a writer and filmmaker.

It is this inoculation against any elevation to actuality that gives “Humans!” power. It is strychnine to the pomposity of religions and atheists one and all. The tenacity of unreasonable beliefs is cemented into one’s consciousness. “Humans!” has every intention of being a wrecking ball that shakes the imaginary foundations of the religions of the world, starting a momentum toward a new age of enlightenment. To ensure the blessings of tranquility for ourselves and our posterity, we need new metaphors, new ways of thinking about the relationship of man to his universe.

The metaphors we operate under at present are leading us to our inevitable ruin.

A new metaphor must occur if our species – in fact, any species on Earth other than cockroaches -- are to survive.

THREE EPISODES FINISHED. Send a message and I will provide a link.