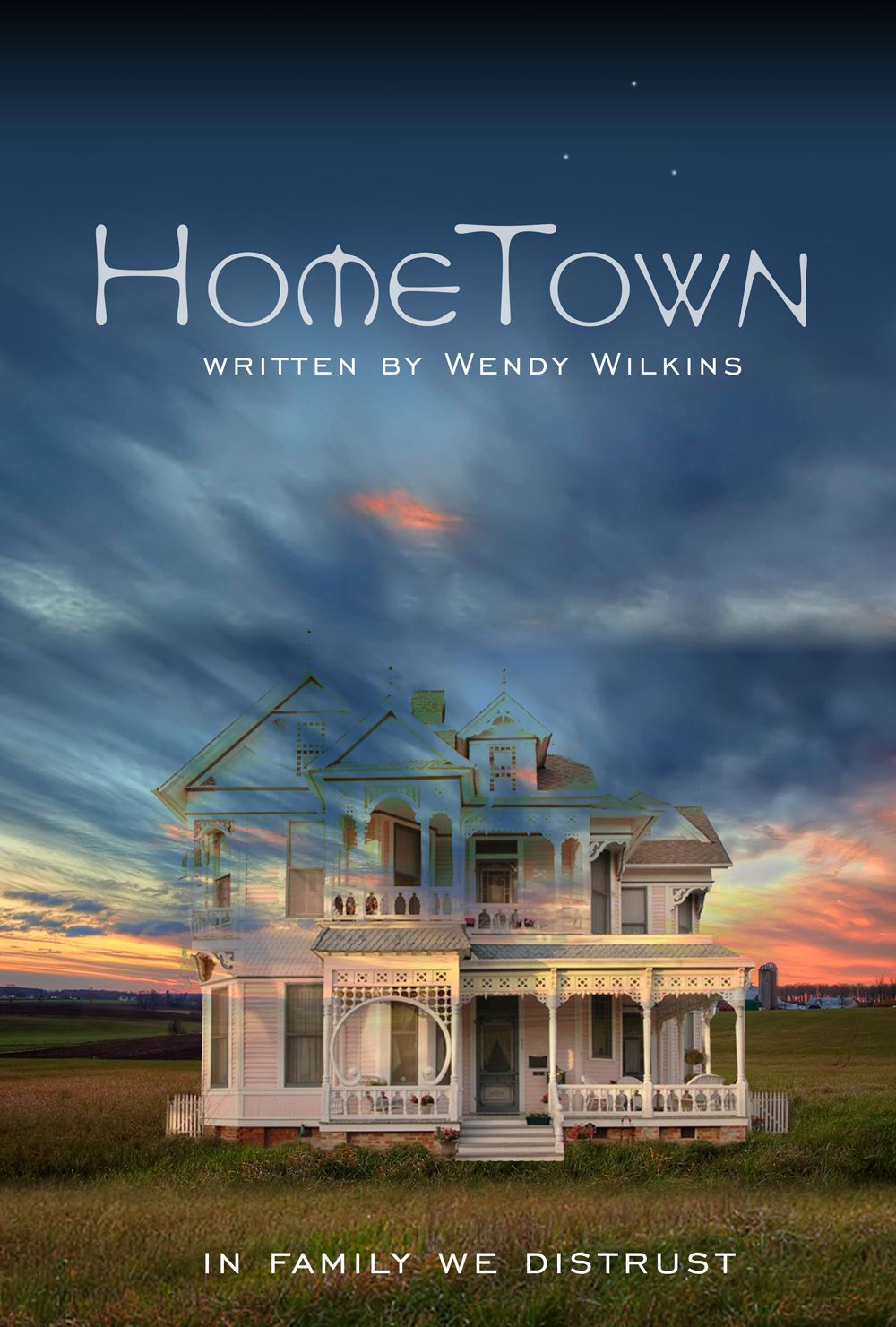 Estranged first cousins battle each other for control of their small, dying American town but when their real enemy returns to seek revenge against them, they must come together to fight or have their town, their heritage and their ancestral home with a secret time travel portal wiped from the earth.

On a foggy morning in a dying American town, a coroner strolling with her dog happens upon the body of a local drug dealer, hole through his head. Not a surprise; it’s just the latest on a long list of mysterious, unsolved deaths in Ross Corners, New York. It appears to be a suicide, but the trusted sheriff, Ethel Slyvestry-Gordon, knows better. Her sharp law enforcement skills and Native American instincts point her in an unfortunate direction – to a cousin, Bee Slyvestry, who was once a juvenile delinquent but is now the area’s only licensed medical marijuana farmer. Bee is a recluse, except to the lost souls of the town, whom she lovingly welcomes into her home, a Victorian farmhouse her great-great-grandmother built. Her kindness to the undesirables is returned with protection and fierce loyalty. The Mayor, Martha Peabody, a stunning blonde and the area’s first openly gay public official (and another cousin to Bee and Ethel) is convinced that Bee’s kindness is all an act, Bee’s way to cover up illicit dealings. Even before any evidence is in, Martha pushes Ethel hard to make a move. A new dead body isn’t the kind of publicity the town needs on its 250th birthday. Luckily there’s a distraction from the mess. It’s also Martha, Ethel and Bee’s 33rd birthday - all born of sisters and sisters-in-laws on the same day, in the same hospital within the same hour. Their rare distinction has made them local celebrities. While Martha savors the limelight, Ethel tolerates it and Bee shuns anyone asking questions. Though close as children, the sister-cousins became estranged after Bee went to juvenile hall at sixteen. Neutral cousin Ethel is the bridge to keeping the peace between them but it’s taken a toll on her. To avoid family drama, the sister-cousins even celebrate their magical birth separately: Martha, at a Japanese restaurant with her large animal vet wife and adopted children; Ethel, at home with her football coach husband and their two kids; and Bee, with her friend-family at her house - a house with its own secrets, including the mysterious, glowing one locked in a cupboard under the back staircase. For Bee, being secretive isn’t for her; it’s for the house, a necessity to keep outside those wanting to destroy those inside. Built on ancient Native-American land, their family’s Gaelic blood and spirituality flow through the home, which maintains an ethereal highway that rescues lives – in present time and from the past. When their beloved grandmother became ill, the responsibility as the keeper of the keys fell onto Bee, who embraced her ancestral duty. But an old enemy has resurfaced -- Bee’s ex-boyfriend Inchul, recently released from jail after attempting to burn Bee and the house down. Bee rushes to her grandmother’s side for counsel only to hear that in order to defeat their enemy and save the family legacy, she must reunite with her sister-cousins and fight or die.