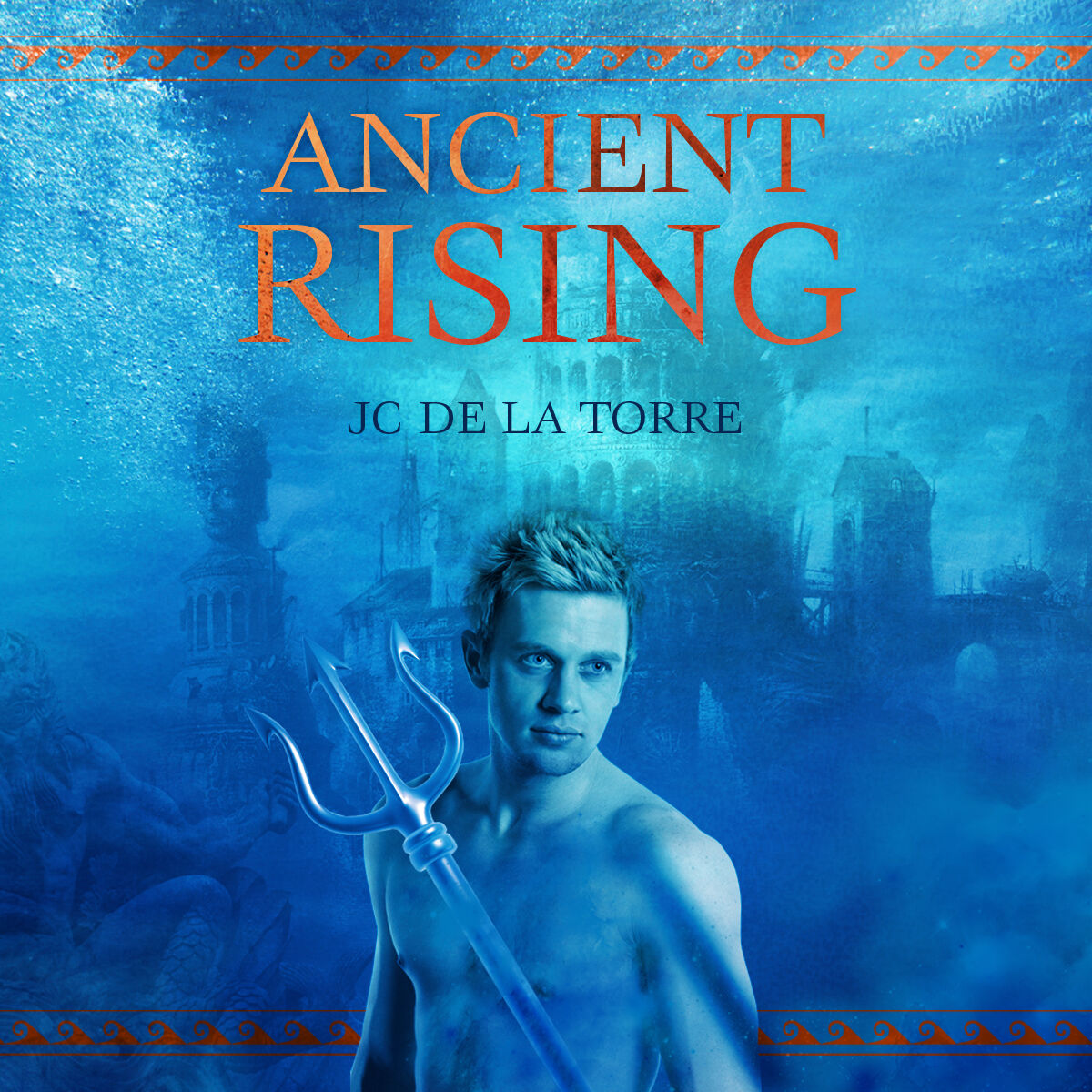 A recent widower, enticed by the Greek God Hermes with answers to mysteries of life and death, joins forces with a discredited archaeologist in a race against a maniacal billionaire to find the mythical continent of Atlantis.

The story opens with Dan Ryan (a mid-thirties Colin Farrell type) on an iridescent sailing vessel that resembles an old Spanish galleon battling huge waves in the midst of a Hurricane. As we see him struggle against the torrent, in voice over he tells us that it’s his mistake that has doomed the world. He alone was responsible for its destruction at the hands of the gods. But what led him to this point?

A year earlier, Dan is reeling from the tragic loss of his wife and daughter. He’s distraught, blaming God and cursing the world. It is at the weakest point when Hermes the Greek god (A young blonde well defined male with curly hair and blue-eyes – think Justin Timberlake) first appears to him. He’s a strange, arrogant being who condescendingly talks down to Dan. Of course Dan gets extremely upset that this crazy guy is disturbing him and challenging his beliefs. Only after Hermes uses his power to lift Dan into the air and toss him across the church does Dan concede Hermes may indeed be the god of myth (and even then he wonders if he’s gone mad and if it’s all in his head). Hermes wants Dan because only he has the power to raise Atlantis from the depths and free the Gods from their prison. In return, Hermes promises to give him the secrets of life and death, reuniting him with his lost family.

Hermes instructs the reluctant Dan to seek out an archaeologist named Theo Constantopolous. Doc Constantopolous (In his late 60’s, a Sean Connery type) has become a mockery in the scientific community because he truly believes Atlantis existed. Hermes needs Dan to join forces with Doc and his team to locate artifacts that would not only help them find Atlantis but free the gods.

While working through the clues that Hermes provides, Dan notices Doc Constantopolous’ independent and talented granddaughter, Mina (powerful and sexy, similar to Jennifer Lawrence). Mina is in complete control of Doc’s operation, making sure that all the important tasks are taken care of while her grandfather puzzles over each new discovery in hopes of finding some mention of the lost continent. A spark ignites between Dan and Mina, but Dan’s guilt over the recent death of his wife puts a damper on the romance.

In addition, Mina’s former husband, billionaire Grahame Solitaire (suave, debonair, an Arnold Vosloo of G.I. Joe Retaliation type) is obsessed with finding Atlantis and using one of the artifacts to grant him eternal life.

As the two opposing forces travel the globe looking for clues, Solitaire’s henchmen look to foil Dan and Doctor Constantopolus’ team every step of the way, ultimately resulting in a tragic loss of several of Dan’s team members. Solitaire finds his immortality artifact, a golden rod discovered in a Mayan village, but loses it to Dan and his team after a kidnapping attempt of Mina goes awry. In losing the artifact, Solitaire finds that his immortality comes with a price as he decays into a hideous undead creature.

Meanwhile, Dan’s team continues the search and discovers the underwater remains of the Library of Alexandria. The team uses clues unearthed there to find the pillars of Atlantis, located in a secret chamber underneath the Sphinx. At the Sphinx, the mutated Solitaire returns with one last fiery surprise but the team survives his final attack.

The pillars will lead them to Atlantis but something else entirely awaits for them there – the Gods. Imprisoned by Hercules, the Gods seek to restore their dominion on Earth. It’s revealed that Dan is the descendant of Hercules and only he can lift the curse. If he refuses, Mina and the team will be killed. Dan, believing he can outsmart the gods, inadvertently frees them and raises Atlantis from the depths. In the bedlam, Dan frees Mina and the remaining members of the team with the help of an unknown ally named Persephone.

As Dan and his team flee for their lives, they are helped by Prometheus (a beefy blonde Adonis like Chris Hemsworth), who opposes the Gods and their destruction of our world. In an epic battle against the minions of the gods, they battle their way to an Atlantean galleon, white with an iridescent glow. As they escape into the raging Atlantic they know everything has changed. A storm is on the horizon, the gods are back and they want their world returned to them.