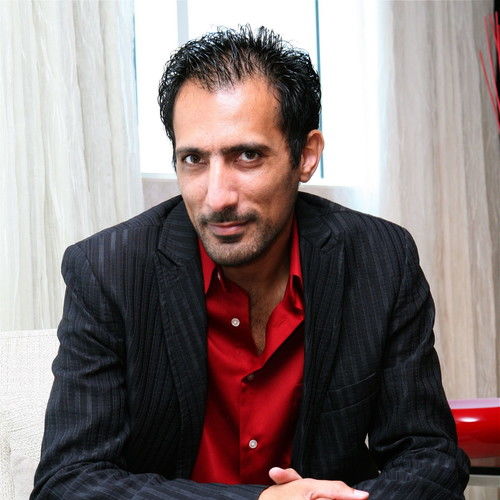 Bashar Atiyat is an American Actor who migrated to the US specifically to study Method Acting. He earned his degree in Method in early nineties, and started working on official projects before he graduated.

He earned his SAG-AFTRA Membership right after his work on the internationally acclaimed Family TV Series “WISHBONE”, He then moved onto getting more involved into films and national commercials.

His Martial Arts Skills and Military Background gave him versatility and helped him in getting more projects, with characters that varied from Antagonist to Protagonist.

He worked on several Hollywood Productions with different iconic actors, such as George Clooney, Matt Damon, Amanda Peet, in the iconic film “SYRIANA” , with Ron Perlman, on “HOW I GOT THERE”, with Sacha Baron Cohen, on the NETFLIX Hit Series “THE SPY”, and with Directors such as Stephen Gaghan, Gideon Raff, Christopher Coppola, and more.

With around 28 years of work in Hollywood, Bashar had the chance to learn many skills in the production world. Additional to Acting, he worked as a producer on different productions, and he’s also a Trained Acting and Dialect Coach, who’s been trusted to work with Studio and/or Online Streaming productions. Some of his latest work was with Sacha Baron Cohen in 2019 on NETFLIX production “The Spy”, where he was hired as a Dialect Coach to work with Mr. Cohen to attain a specific accent/dialect, and on the upcoming feature film “How I Got There”, as an Acting Coach for the Lead Characters, additional to his work as an Actor, alongside Ron Perlman on the same film.

Bashar is known for his continuous hunger to improve his passion for Acting, by learning and perfecting other skills that can empower his acting, which lead to making him an accomplished Argentinian Tango Dancer and a Salsa Dancer, and in the martial arts world, traveling to China, Japan, and the Philippines, learning different Martial Arts Skills and styles.

Bashar is also an Accomplished Voice-Over Actor, who worked on many productions that varied from Film, to TV Series, to Animation, and more than 30 international and national commercials.