Making people laugh has always been Samantha's greatest triumph. With that goal in mind, she also decided to academically foster her passion, studying English and Film at the University of Toronto in her hometown. Traveling towards Hollywood, she paused in Chicago where she graduated cum laude from Loyola University Chicago Law School. Finally, she moved to LA in 2010 with her California bar license in hand.
Beginning as production legal counsel on the short film Comrades, swiftly she could no longer deny her true destiny to be part of the creative heart of projects. Partnering with a production team in Toronto, Samantha was able to split her time between coasts, during which time she produced a series of music videos for Japanese pop-stars and the comedy shorts Americanistan, Street Meet and Day Players.
Always a clever wordsmith, she teamed up with her brother Jesse, with whom she wrote the semi-autobiographical comedy Let's Rap. After producing a short version first, they produced the feature length in 2014, starring Rachel Wilson (Hellions), Brendan Gall (Blindspot), Randal Edwards (Room), Kristian Bruun (Orphan Black) and Jason Priestley (Beverly Hills, 90210). Distributed by 108 Media, it is now available online (iTunes, Amazon, Google, Vimeo, Xbox, Hulu) where it is climbing the charts.
In Spring 2016, she launched her own company, Frankly, My Dear, through which she provides business affairs and production legal services to film projects both in Toronto and Los Angeles.
Meanwhile, Samantha continues to write comedies solo and with partners who share her proclivity for off-color humor and pop culture referencing. Due to a bet, she also wrote a romance novel and self-published it on Amazon. 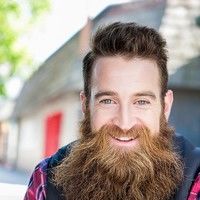