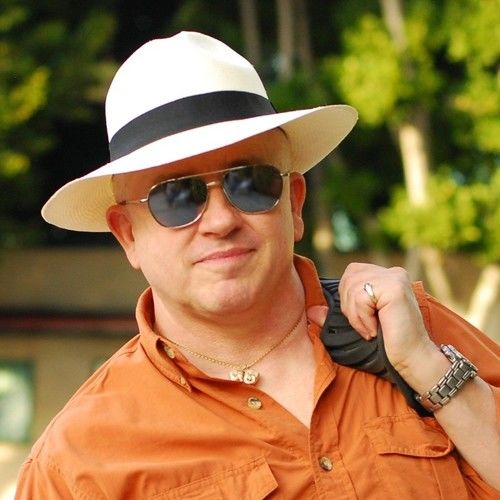 Peter R.J. Deyell is an American filmmaker, with a diverse background in movies, television, radio and theatre, including acting, writing, directing and producing. He grew up wanting to learn everything about show business so he has credits in many different areas.

Born in Brooklyn, New York, Deyell began his career in show business as a child, when he auditioned for the role of Tiny Tim, in an NBC musical version of A Christmas Carol, starring Basil Rathbone as Scrooge. Deyell did not get the part, but Rathbone was so impressed with the youngster that he put him in touch with his talent agent. That introduction eventually led to roles for Deyell on the New York stage with the likes of Steve Allen, Eve Arden, Danny Kaye, Bob Hope, Ethel Merman, Nat "King" Cole, Edward Mulhare, Mary Martin, Victor Borge, Robert Q. Lewis, Pat Boone, Patrice Munsel, and Jimmy Rogers.

During the last phase of live television in the late 1950s, Deyell performed on the NBC series Frontiers of Faith including Moon Flight #1, and Above All Liberties. He appeared in many TV commercials and skits on the NBC broadcast of The Patti Page Show. He also played the Son, in the live television series Sid Caesar Invites You, which starred Sid Caesar and Imogene Coca, and was written by Carl Reiner, Mel Brooks and Neil Simon.

Deyell's first feature film, as an actor, was Paramount Pictures' That Kind of Woman with Tab Hunter and Sophia Loren, produced by Carlo Ponti and directed by Sidney Lumet. On NBC's Shirley Temple's Storybook series, Deyell performed in productions of Kim, The Prince and the Pauper, and Madeline. As a young adult, he portrayed Peter on the TV series Mr. Novak starring James Franciscus. He had his first screen kiss in the Sam Katzman feature of the Hank Williams biopic Your Cheatin' Heart, which co-starred George Hamilton and Susan Oliver. He also had a recurring role as the character Mr. Muscles on the Emmy Award-winning TV series Dusty's Attic (a.k.a. Dusty's Treehouse).

When Deyell was a teenager, he moved with his family to Los Angeles, and began working on an independent film with a group of friends. A story about the project in The Hollywood Reporter caught the attention of a young director named Steven Spielberg. Spielberg contacted Deyell, and hired him as assistant director on a short film that Spielberg was directing, Slipstream, starring Tony Bill. Slipstream was never completed, but through that association, Deyell introduced Spielberg to cinematographer Allen Daviau, who later teamed up with Spielberg to shoot several critically acclaimed films such as E.T. the Extra-Terrestrial, The Color Purple, Twilight Zone: The Movie, Indiana Jones and the Temple of Doom, and others.

Deyell continued acting, and was signed as a contract player at 20th Century Fox Television. While there, he shot a test pilot for the original TV series Batman, in which he auditioned for the role of Robin, with Lyle Waggoner as Batman. Unfortunately for Deyell, the role of Robin went to actor Burt Ward, although Deyell's screen test can still be seen in the documentaries Holy Batmania and Hollywood Screen Tests: Take One produced by Kevin Burns. Warner’s Home Entertainment is releasing a BluRay version. Later, Deyell was cast in the recurring role of the Delivery Boy on the long-running prime time soap opera Santa Barbara. He also appeared on the hit TV series Newhart. Deyell's acting career was temporarily interrupted when he served in the U.S. Coast Guard Reserve, eventually working his way up to the rank of First Class Petty Officer. He later accepted a commission and served with distinction as a U.S. Coast Guard Reserve Officer. Deyell is a life member of the Reserve Officers Association.

He is an Eagle Scout with Palms and is a Life Member of the National Eagle Scouts Association.

In his 20s, Deyell began to transition from acting to production jobs behind the camera, including positions in make-up, assistant directing and directing. At age 20, he was the youngest vice president of production in motion picture history at Cinevest International, one of several production companies at General Service Studios in Hollywood. There, he was responsible for up to five feature films in development and production simultaneously.

As a writer, producer and director, Deyell has worked on over 100 commercials and music videos with musical artists such as The Commodores, WAR, Electric Light Orchestra, Paul Anka, Ringo Starr, Stevie Wonder, Smoky Robinson, Michael Jackson, Rufus, Chaka Kahn and Helen Reddy. His network television credits include Chips, Hunter, Remington Steele, Matlock, as well as movies of the week and mini-series such as World War III, Rage and Evita: First Lady starring Faye Dunaway. Additionally, Deyell has sold a total of 13 screenplays. His novel, Quest for the Golden Griffin was published and he is working on his second novel, A Brenda Bodacious Mystery: Death at Dawn.

Deyell served as president of the Panamanian production company PanAm FilmWorks, for which he packaged a series of horror/adventure features to be filmed in Panama. He had also been working with Panamanian officials to develop an international film school to be based in Panama City. He currently serves as Chief Creative Officer and President of WorldWide Production at American Biograph Films. Their latest project is a documentary on Milt Larsen, Mr. Magic Castle.

Deyell is a member of SAG-AFTRA, Actors Equity Association (AEA), the Directors Guild of America (DGA), the Directors Guild of Great Britain, the Directors Guild of France (Société des Réalisateurs de Films,) Writers Guild of America (WGA), the Stage Directors and Choreographers Society (Broadway), the Academy of Television Arts & Sciences, the British Academy of Film and Television Arts (BAFTA), and the American Society of Composers and Publishers (ASCAP.) In his capacity as a member of the DGA, Deyell served on the organizations Special Projects Committee, the Creative Rights Committee, and the Contract Negotiations Committee. He was one of the charter founders of The Artists Rights Foundation, with J. Paul Getty, Jr., Steven Spielberg, Allen Daviau,ASC, Frank Pierson, Arthur Hiller, Sydney Pollack, Gene Reynolds, George Lucas and Martin Scorsese. The Artists Rights Foundation has since merged with Martin Scorsese's The Film Foundation.

Deyell is the former artistic director of Center Stage Theatre in Los Angeles, where he helmed sold-out productions of A Funny Thing Happened On The WayTo The Forum, Anything Goes, You're A Good Man Charlie Brown, Once In A Lifetime, A Shot In The Dark, and Plaza Suite. He has been a guest lecturer/director at the American Film Institute and the American Academy of Dramatic Arts.

Deyell's projects have garnered many nominations, awards and honors including The Walter Elias Disney Award, The Atlanta Film Festival, The Chicago Film Festival, The Bronze Eagle Award, The Bronze Halo Award, the 1995, 1996, and 1997 International ANGEL Awards (for Motion Picture Screenplay), and the 1996 International TELE Award for Music Video.

Hollywood Screen Tests: Take One () at the Internet Movie Database

List of celebrities and other famous people who served in the U.S. Coast Guard (http://www.uscg.mil/history/faqs/celeb.html) 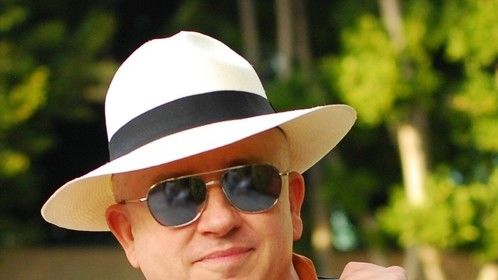 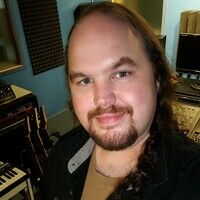