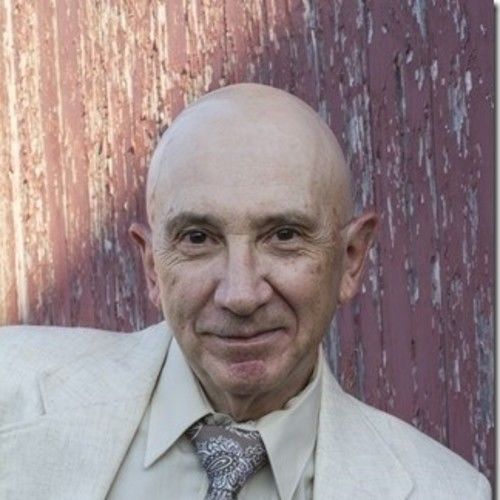 My book is titled REDEMPTION: " A Search for Light and Life After Russian Roulette". It is a true story based, primarily, on the years I was a police officer in Baltimore City and in Anne Arundel County, Maryland during the mid to late 1970’s. Most of my years with Anne Arundel County were undercover in drug groups and organized crime associations. The book begins with my graduation from the Baltimore City Police Academy in 1974 and being assigned to Western District (the scene of the recent riots and killing). When you read my book, you will understand that the district has not changed that much. In Western, I learned that there is a difference between the law and the rules. I learned how to be very unethical as a police officer. This actually helped me when I went undercover and lived undercover in drug groups and organized crime associations. After leaving Anne Arundel County P D, I created a private investigative agency working with defense attorneys that I worked against as a cop. So I worked for the other side. Eventually, I would enter Lancaster Theological Seminary, receive ordination and become an ordained minister. The book is a very psychological account of what was going through my mind as I was doing the illegal, unethical, immoral things I had to do in order to survive and how each day was like a game of psychological Russian roulette.

Currently, I am in the talking stages with a TV production company who is interested in creating a TV series based on my book.

Please go to my website, , and watch the interview on the home page. Also, you can learn more about me, my story and my book.

Here is my brief marketing letter to give you more of an idea:

A Crucifix, Bible and old biker hat, symbolic images of a violent past and fearful future. An alcoholic ex-cop prepares for ordination in seminary. But there is still some forgiveness left unforgiven. (Logline for the Pilot)

Somewhere in Heaven, Saint John of the Cross is both smiling and weeping. “LIFE AFTER RUSSIAN ROULETTE” is the episodic exemplar of St. John’s Dark Night of the Soul.

First, there was “Serpico” and “Prince of the City”, fantastic cinematic accounts of the underbelly of police work. Next came HBO’S “The Wire”. In the golden age of television, it brought episodic grittiness to the crime drama – a kind of grounded hyper reality in scripted format. “LIFE AFTER RUSSIAN ROULETTE” ups the ante. It is one-hundred percent biographical. It is a period piece. And it makes something like sex, drugs and rock n’ roll look quaint and tame. This is the inner character study and journey of “Apocalypse Now” meets “Oz”, meets “The Shield”, meets “Homicide: Life on the Streets”, meets “NYPD Blue”, meets “Breaking Bad”, meets “The Wire”. Yeah, a mouth full, but chew on that.

RUSSIAN ROULETTE is a biographical episodic concept developed from the biography of Michael B. Kaminski, ex-undercover detective and police officer in Baltimore City and Anne Arundel County, Maryland. Set in the 1970’s it follows his descent into the madness of The Life. He begins in uniform foot patrol until transferred to work undercover in drug gangs and organized crime. The story illuminates the psychological toll and acts of personal survival that accompanies confronting moral choices, justifying unethical and illegal motivations and actions.

Eventually, Michael K agrees to resign from the department and becomes a Private Investigator, working for the criminal defense lawyers he worked against as a cop. But when fate has seemed to turn its back on him once again, Michael finally seeks redemption enters seminary and receives ordination. However, he still searches for the one missing piece in his life, true and real love. After years of seeking, he finally finds the woman he was meant to love, only for her to be taken from him.

Throughout his dark Kafkaesque journey, when on the brink, Michael always finds something deeper within himself. Yet, the figures of the past will never forget him or leave him alone. Constantly he is presented with the evening of a score or a nature he thought he left behind. Between alcoholism, addictions, romantic love, crime, and the turbulent world of the 70’s Baltimore, Michael K comes to wrestle with all the inner and outer demons of society and the split-mind of the psyche. The dark night of the soul; the great entertainment of a great character brought to the masses.

Every drama and set piece of “LIFE AFTER RUSSIAN ROULETTE” is true; more dramatic than can be imagined and as powerful as anything ever scripted for television.