Minnesota Made ProductionsProducer and Screenwriter

I am an award-winning screenwriter who is known for producing documentary films on historical figures, like Isaac Asimov and John Berryman, and historical moments, like "The Dinkytown Uprising." I produced a short film "100,000 Miles a Second" that won "Best Short Drama" at the Marina del Rey Film Festival and was an associate producer for the feature films "Yosemite" and "Memoria." Kelly a member of Film North, Film Independent, Women in Film and TV Minnesota, and Board Member for Screenwriters' Workshop. 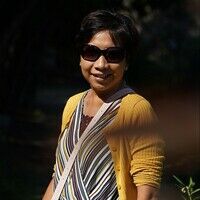