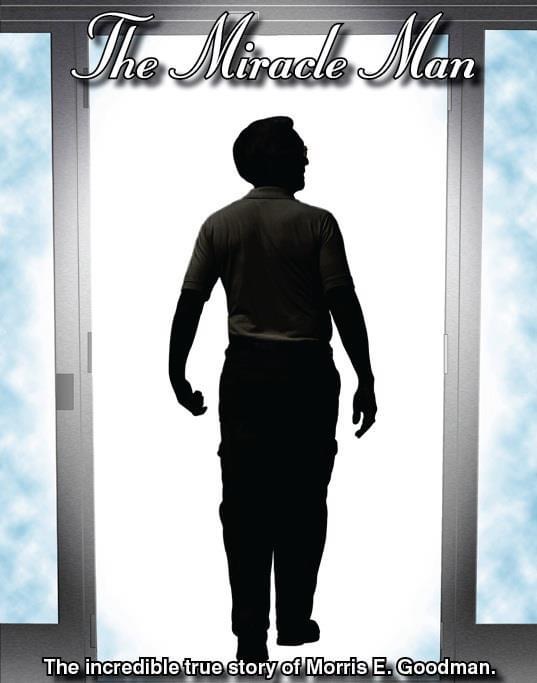 THE MIRACLE MAN
By Brian Jude

GENRE: Biography, Drama
LOGLINE: When an iron-willed, self-made business wiz is paralyzed in a plane crash, he must use the secrets of his success to make a full recovery and restore his struggling marriage.

Morris Goodman, a young, hard-headed college dropout with no direction, is taunted by his uncle about his idea of entering the insurance field. Never being one to take no for an answer, he absorbs a series of motivational books and tapes, and dares to apply for a high-end sales job. After landing the job, he begins using a visualization technique to deal with unruly customers and rapidly gains high recognition in his field. Morris soon meets the woman of his dreams - Sandy. They get married, Morris starts his own company and achieves financial success. Sandy expresses her dream of adopting a child, but Morris is more focused on achieving his next goal - learning to fly... On a beautiful March afternoon, Morris takes a routine solo flight over the picturesque Chesapeake Bay in his new airplane. Suddenly, the engine stops! Morris tries desperately to land, but he can't maintain control and the plane gets tangled in some low-hanging wires... CRASH! Morris wakes in a hospital, connected to machines. His doctors explain that he's crushed his spine, leaving him unable to walk, talk, swallow, breathe or move any part of his body except for his eyes. They believe he is unconscious, destined to live a short, meaningless life. Sandy is devastated, feeling that her dream of adopting a child is gone. Only his sister, Pat, realizes that Morris is fully conscious, and creates a way for him to communicate. His business partner tells him that he's bankrupt, and he Sandy are about to lose everything. Morris develops a step-by-step plan for recovery, and he starts to visualize his himself living a normal life once again. He asks his Sandy and Pat to bring him his tapes and a bible for daily inspiration. Soon Morris makes some astonishing progress, and he is moved to a rehab facility halfway across the state, farther away from Sandy, where he’s forced to deal with negative-minded doctors and roommates. Despite the fact that his diaphragm is destroyed, Morris pushes himself to breathe without his ventilator. Dumbfounded by his accomplishment, his doctors have him begin speech therapy, and before long he’s able to call Sandy on the telephone. He then gets a private nurse who helps him learn how to eat, against doctors' orders. The doctors explain that Morris suffers permanent nerve damage and will never walk again. Sandy reveals her fears and doubts about the slim chances for Morris' recovery and her ability to be a caregiver. Morris draws on his positive thinking, faith and tenacity to focus on walking again, and he vows to be home by Christmas. Morris is moved to a more advanced rehab, even further away from Sandy, as she pulls further away emotionally. Morris has a fall which delays his recovery. He begins to work as hard as he can, battling his own fears and doubts. His visualization practice gets him back on track. Soon he gains some control of his legs. The rehab sets a release date, but Morris insists on staying until he can walk. The request is denied. After a few weeks of intense therapy, and encouragement from his peers, Morris works nonstop on his recovery while working through the emotional strains of his marriage. Finally acknowledging his own selfishness in his life choices, Morris and Sandy are able to put aside their fears and doubts in each other - and themselves - giving Morris the confidence to finally take a few unassisted steps. Sandy, his family and friends then gather to watch him as he walks out of the door on his own two feet and goes home.