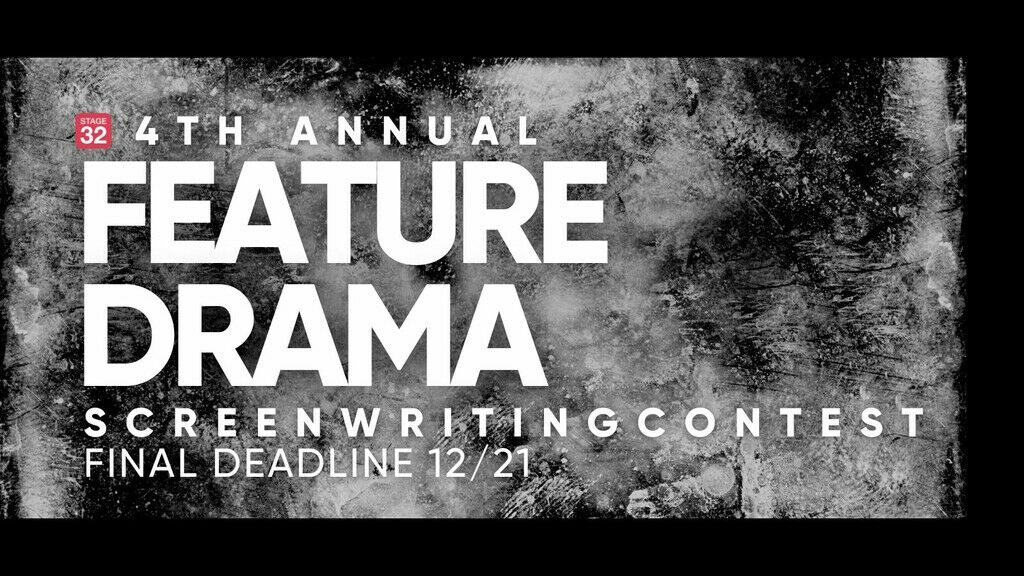 Our Grand Prize winner will:

Stage 32 will be a champion for your script - once you’re part of our community, we make sure you rise to the top!

We have helped so many of our previous contest winners and finalists have been signed. Click the "Success Stories" link here for testimonials from our past winners! Stage 32 has quickly emerged as the leading source for industry executives to uncover new talent! Is this your year to move the needle on your career?

Still don’t believe us? Let Feature Drama Winner Kelly Nugent tell you why you should enter!

Jonathan Jordan is now signed to Verve Talent & Literary Agency and beat out a Nicholl winner for a screenwriting assignment!

Ever dreamed of writing the next "Best Picture" winner? We know you have - and we want to help you achieve that dream! And feature dramas are the best place to start. Let our judges take your career in features to the next level.

If you write drama, this contest could launch your career. We are looking for feature drama scripts of all subjects - whether your film is hard-hitting, a quiet indie or anything in between, our judges want to read it! This contest is open to feature length scripts only.

About the Exposure For Your Script

The Grand Prize Winner Will be Flown to Los Angeles to meet with:

Agustine Calderon, Producer, 3Pas Studios (HOW TO BE A LATIN LOVER, TETRIS)

In addition to these meetings, the winner will also receive unlimited access to Stage 32’s Educational resources, be promoted on Stage 32’s social media, and have their complete portfolios and professional biography sent to an exclusive roster of over 30 agents and managers hand picked by Stage 32 who are actively looking for new clients and material. Stage 32 will facilitate introductory meetings to any of the representatives who respond to your material and bio. This is the type of exposure that will change your career forever!

Important Dates to Be Aware Of

Would you like immediate feedback on your submission and the option to make changes and resubmit? Using our NEW Feedback & Resubmission Option you will get 3-5 pages of coverage/notes back in 5-days with a guaranteed option to resubmit one (1) revised draft of your script up to 10 days after the Final Deadline! See what elements of your script are working and what still needs to be developed. You can position yourself for the best chance of success - all for an additional fee of only $99. Please submit revised drafts to contests@stage32.com.

This option is good for a one-time use and is non-refundable/non-transferable if you do not enter an updated draft. See full terms in the Rules Section.

We offer discounted coverage for $49.00. With this option, you will receive 1-2 pages of coverage/notes after the Quarterfinalist Announcement on March 10th, 2023. See full terms in the Rules Section.

If you have any questions regarding this contest, check out frequently asked questions here.

Doug Torres is an assistant director and producer with credits like 12 YEARS A SLAVE, AMSTERDAM and AD ASTRA. He started his career in filmmaking with music videos in the 1990's, working his way up through New York's indie scene. His knowledge extends from low budget independent films through big budget, VFX heavy blockbusters. Doug's filmmaking experience makes him an invaluable asset.

Joel Gotler is CEO of Intellectual Property Group, a literary management company representing some of the world’s best-selling authors. He is also responsible for selling the underlying rights to hundreds of films, including Indecent Proposal, Chocolat and The Wolf of Wall Street. Joel is a producer as well, with credits like The Wolf of Wall Street and Ferdinand.

David Moscow has show his diverse talent as an actor in film, television and theater, as well as a producer, director, and writer.

Moscow the began work on his own projects as a Producer, Director, and Writer. He Exec-Produced the documentary THE END OF AMERICA, based on the book of the same title by Naomi Wolf, the films THIRST STREET and TO DUST (both Tribeca Premieres), recently produced UNDER THE SILVER LAKE starring Andrew Garfield, which premiered in competition at Cannes 2018. All in over the last 2 years, Moscow has produced or financed 18 features including partnering with Circle of Confusion to produce HELLBENDERS, a 3D action-comedy written by JT Petty and picked up by Lionsgate, and directed and produced the thriller DESOLATION, which was released theatrically in January 2018. Craig Walendziak wrote on DESOLATION after being discovered by David Harris in a Stage 32 Pitch Session.

Along with features, David also developed and co-produced Lin Manuel Miranda's first musical, the Tony Award-winning In the Heights.

Eric Hsiao serves as Creative Executive at Justin Lin's Perfect Storm Entertainment, the production company behind such films and series as F9: The Fast Saga, Star Trek Beyond, Space Jam: A New Legacy, and HBO Max’s Warrior, where he has collaborated on the development of projects set up at studios including Universal, Paramount, Sony, Netflix, and Participant. Perfect Storm Entertainment has a first-look deal with Universal.

Additionally, Eric oversees Perfect Storm's producing partnership with the Beijing-based film studio CMC Pictures (The Meg). Eric got his start as an assistant and agent trainee at UTA after graduating from NYU’s MBA/MFA producing program. A Bay Area native, Eric holds BAs in Mass Communications and Sociology from UC-Berkeley.

Christina Pickworth is a Literary Agent at the UK-based, Imagine Talent. Christina founded the agency in 2012 to support writers and directors in telling their stories. She now works with a raft of brilliant clients, championing emerging talent and female voices.

Christina founded and runs the Writers’ Group for Women in Film & Television (UK), which supports new and established writing talent.

Christina has been on the selection committee for the BAFTA Rocliffe screenwriting competitions, she was also the assistant chair for the Fremantle UK New Talent Award, as part of the Women in Film & Television Awards 2012, and has been a mentor for First Light.

Daniel Seco is a literary manager and partner at Empirical Evidence, a literary creative company founded by Derrick Eppich.

He joined CAA in 2014 where he worked in the motion picture literary department before venturing into literary management on the feature side at Writ Large in 2015 as a coordinator/junior manager. A series of consulting jobs including a stop at Netflix in its Original Film department gave way to Seco joining Schemers Entertainment as a literary manager in 2018.

A former sports journalist covering U.S. Soccer, MLB, and the NBA, Seco began his Hollywood career in 2013 at Resolution. Seco is a proud graduate of the University of Maryland and the University of Florida as well as a cancer survivor.

Agustine Calderon is a Producer working in feature films and television at 3Pas Studios. He was also Co-Producer on TETRIS starring Taron Egerton for Apple+. He also just developed the feature drama CRITICAL THINKING directed by actor John Leguizamo.

He was previously an executive at a major production company with a co-financing and production deal at Warner Bros. His production and development credits include MAD MAX: FURY ROAD, THE REVENANT, BIRDMAN, READY PLAYER ONE, WONDER WOMAN, THE JUNGLE BOOK.

Agustine is also currently in development on a project with producer Beau Flynn, producer of REQUIEM FOR A DREAM.

Andrea Dimity is a film producer and literary manager based in Los Angeles. She started working in the entertainment industry while attending the UCLA School of Theatre, Film and Television. Since then she has worked for such prolific producers and directors as Lorenzo di Bonaventura, Todd Phillips and Chris Meladandri in feature film development. Before founding Pannon Entertainment, a Los Angeles based production/management company, she has collaborated on several projects with the Walt Disney Studios.