My imaginary train trip to Tibet includes meditative Tibetan and fusion world music elements with sounds of locomotives and rolling railroad wagons on an endlessly long journey through Tibet. Music an... James McClafferty on KAOS & Slaughter Of Saints, Miramichi, and getting into Metal

James McClafferty talks about his time in KAOS & Slaughter Of Saints, growing up in Miramichi, and getting into Metal as a kid. Check out https://maritimemet... 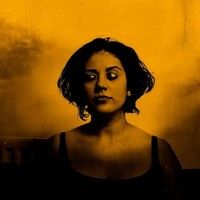 The Spirit Of Don Julio