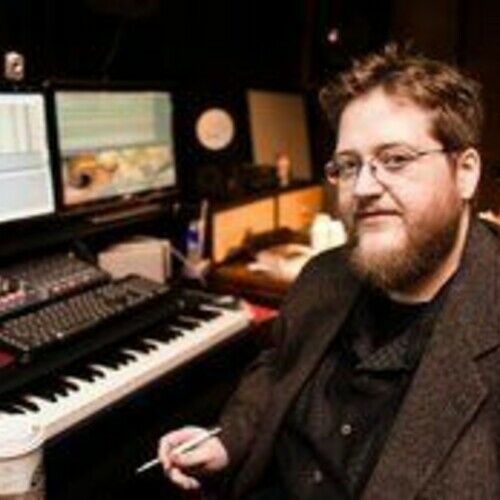 Christopher Kennedy Alpiar is an award-winning composer for Film, TV, Stage Theater, Advertising and Video Games. His specialization is in large epic orchestral compositions and Jazz large and small ensemble works, and with his background equally balanced in Jazz and orchestral music, he is considered a composer's composer, using his palette with great acumen of his art and craft.

Mr. Alpiar spent the earlier years of his life as a Jazz saxophonist. As an instrumentalist he has had the unique pleasure of recording as a sideman on hundreds of recording sessions and spent a significant amount of time touring Europe and South America. His experiences as a performer encompass every genre of music currently catalogued, including Pop, Rock, Blues, Jazz, Hip Hop, Acid Jazz, Reggae, Souca, Calypso, Salsa, Merengue, Coumbia, Big Band, Grunge, Death Metal, Ska, Avant Garde, and so many others. He has shared the stage with Jazz greats including Joe Lovano, Randy Brecker, Peter Erskine, Eliane Elias, Michelle Petrucciani, Will Lee, and many others.

Through his worldly experiences he spent much of that time in studious awe of different world culture and their natural musics. His education includes performance and sound engineering majors at Miami-Dade Community College, performance and Jazz composition majors at Berklee College of Music in Boston (where he won the Quincy Jones Award for Jazz composition) studying with Jazz legends including Herb Pomeroy, George Garzone and Billy Pierce. And 3 years of study of the Ewe and Dagomba drumming and music from Ghana by master drummer Abubakari Lunna.

The Alpiar recording studio is located at the world renown "800 East" production facility in the Downtown Atlanta, GA area. We have the ability to record in house full orchestra, string ensembles, jazz big band, chamber ensembles, and any smaller popular ensemble in a remarkably wonderful and rich sounding main recording room. We also have access to all the very best studio musicians and vocalists in Atlanta for every style of music. The Alpiar Studio resides in one of the suites in this facility and is a full featured composer's studio featuring the latest in Macintosh and PC technology including Digital Performer, Cubase, Pro Tools, GigaStudio, Kontakt, and the very top of the line orchestral and other sample libraries featuring the Vienna Symphonic Library, EastWest, Project SAM and scores of other wonderful and rich sample libraries. So whether your project is a low budget requiring sampled instruments only, or requiring a full 80 piece orchestra or choir, or any fusion of live and synthetic instruments, our team of arrangers, musicians, programmers, tracking, mix and mastering engineers can create products of excellence as a turnkey solution for your projects audio needs. Creative custom music is our specialty, but we can handle any range of pre or post production music or audio needs.

Miscellaneous
Written themes and underscore for several pilots for Buzzsaw Films, NYC.
Created CD release-ready digital realizations of full orchestra arrangements for clients like Grammy nominated jazz big band composer Phil Kelly.
Arranged for and produced various ensembles in genres from heavy metal to hip hop to gospel to jazz.
Performed as a studio musician on over 500 albums as a sideman.
Written hundreds of cues for music libraries, various placements.
Performance
Chris has had an extensive career as an award-winning composer and performer (saxophonist). As a performer he has shared the stage with many of the worlds top jazz greats including Randy Brecker, Peter Erskine, Eliane Elias, Will Lee, Van Morrison, Joe Lovano, Michelle Petruccianni among others in venues and festivals in the US, Europe and South America. As a leader his groups “The Chris Alpiar Quartet” and “The Chris Alpiar Trio” played actively in New York and Boston during the 90s. He has recorded as a sideman/section player on over 500 recordings in Boston, New York, Los Angeles, Seattle, Atlanta and Miami

“Chris Alpiar's mastery of music, composition, instrumentation and technology is second to none. He is a "one stop" for anyone interested in music, whether you're a novice or professional and I couldn't recommend him more highly.” – Scott Z. Adler (Author of Shapin’ Up!, a new musical comedy)

“Christopher's collaboration on our project was imperative. He is a master musician and a cutting edge thinker.” -- Sean Thompson (Mahicos Pictures)

“Chris worked collaboratively with us to develop just the right musical combinations for our show. He's a crazy guy - and we love him for it.” – Andy Herz (Buzzsaw Films)

“In horse racing it's called "The horse for the course"; in business "The Rainmaker"; in music---- it's "Chris Alpiar": he knows your message better than you do!!!!” -- Baird Thompson (Baird Thompson, Inc.)

“From epic sweeping melodies, to hot sexy rhythms, Christopher Alpiar does it all with ease. A total professional, and a gas to work with” -- Michael Fortney (Static Productions)