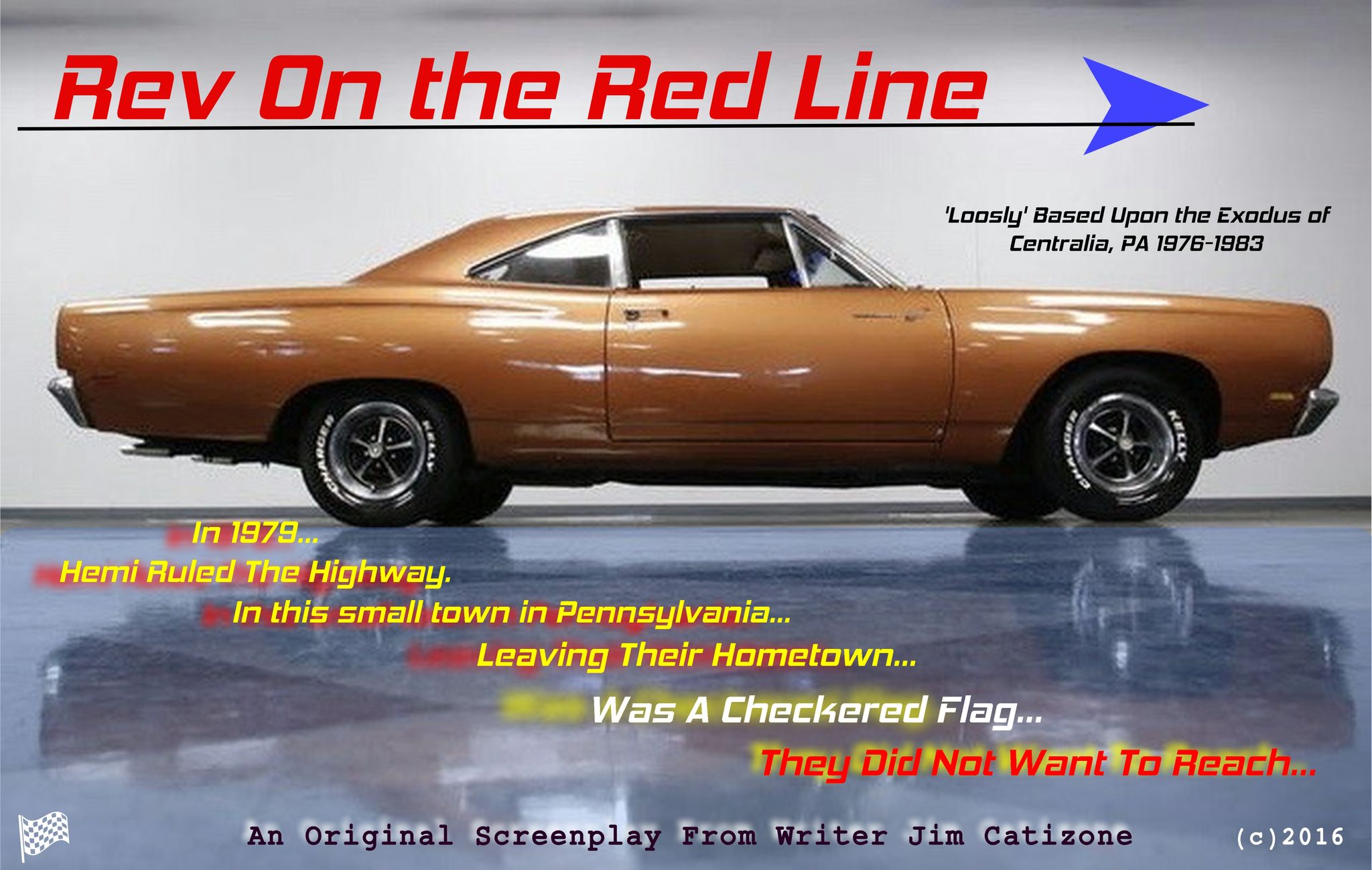 REV ON THE RED LINE
By Jim Catizone

In 1979, two groups of teens react with nostalgia, rebellion & fast paced adrenaline, as they face the last few months of their hometown.

In 1979 in a small Pennsylvania town, two groups of teens cope with the knowing of being relocated from their first hometown.

An underground mine fire has made living in Centerville impossible. The decision is made to relocate the residents to safer areas.

After the closing of a main highway, which runs next to the town, a group of older teens start a summer of partying and drag racing on the closed highway.

A group of younger teens, spend their last summer in their town exploring many firsts. They stop worrying about making the little league team, and start wondering what being an older teen is really like.

Vince & Tony Catizone and their friends, push the limits of authority, as they make The Highway an adrenaline filled quarter mile statement.

Jim Catizone & his friends Steve and Pat, supercharge their race into maturity, while they watch their adolescence fade away.

The Catizone family is only one of hundreds of families, who must leave their hometown behind.

As the summer winds down, the story-lines thicken and dish out real & sometimes tragic situations.

Rev On the Red Line