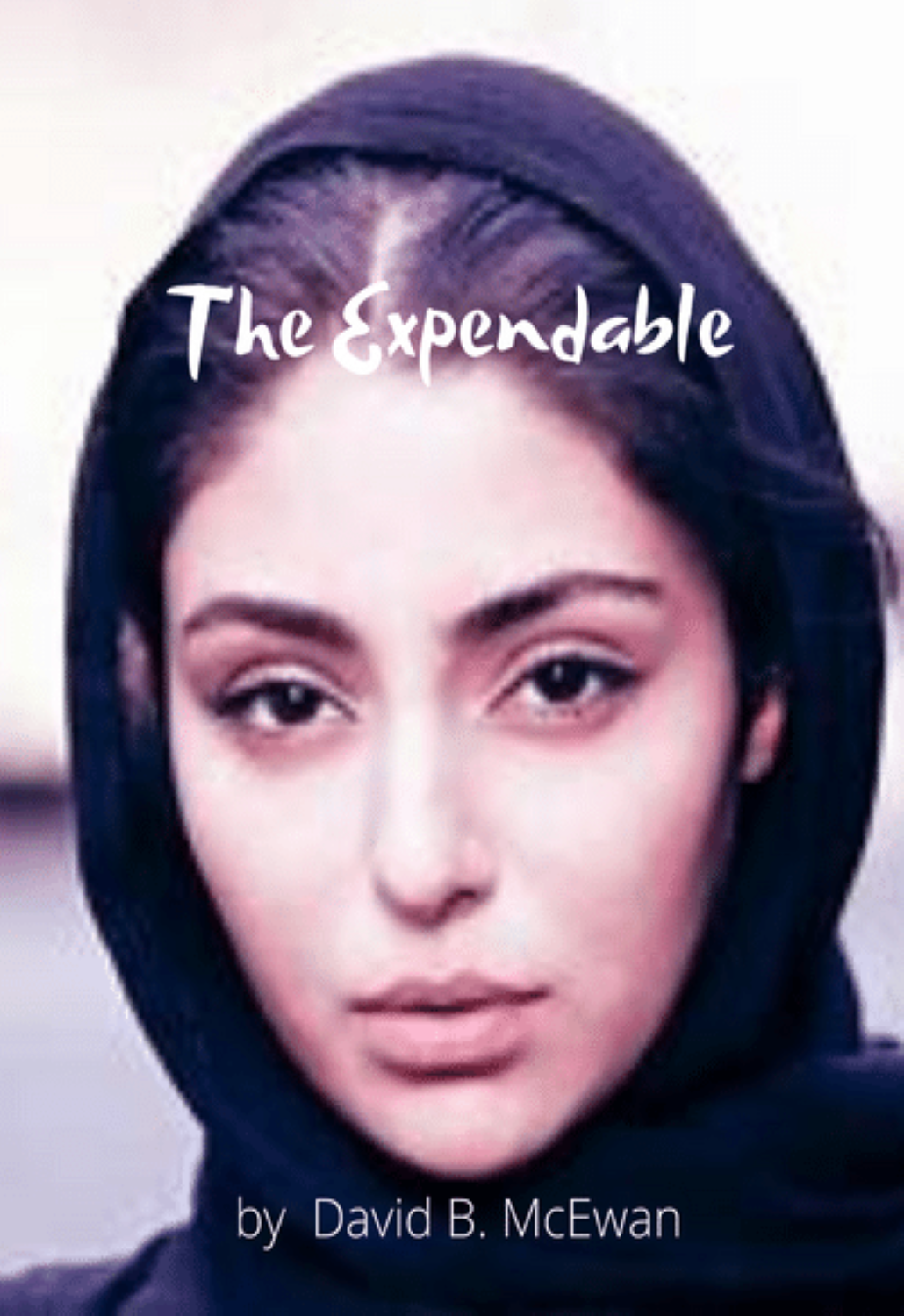 THE EXPENDABLE
By David B. McEwan

Two innocent families, a surviving son and a beautiful but deadly operative, become expendable pawns as a new and deadly reign of terror spreads panic throughout America.

A look beyond the raw violence of terrorism into its tragic causes and devastating effects through the eyes of two loving families, a brilliant son recruited for revenge and the cold determination of a beautiful and deadly operative driven by her hate and her faith.

The story begins in Gaza City on Mother’s Day and six years later to the day, finds its way to the sedate and affluent suburbs of Durham, North Carolina.

The Hadad family of Gaza City, along with 300 friends and neighbors, is wiped out at a Mother’s Day celebration by an errant Israeli missile strike targeting Hamas leadership. Five years later, the surviving son, Diya, living as a pre-med student in the United States, is recruited by a secretive and sophisticated new terrorist network that resurrects his pain and manipulates him into fulfilling his responsibility.

The Matthews’ family, living an idyllic life in Durham, North Carolina, has no idea that as they live their lives and prepare for another Mother’s Day celebration, people are plotting to destroy them and 400 others like them.

Diya’s deadly act, seen as brutal terrorism in the West and ‘just revenge’ to millions of Muslims around the world, turns him into a hero on the streets of Tehran, Istanbul and Cairo and a very useful tool for Samara, his beautiful and brilliant Angel, and a secretive global terror network primed, financed and ready to act.

A penetrating and personal look into the lives of the innocent and expendable and the destructive legacy of terrorism.