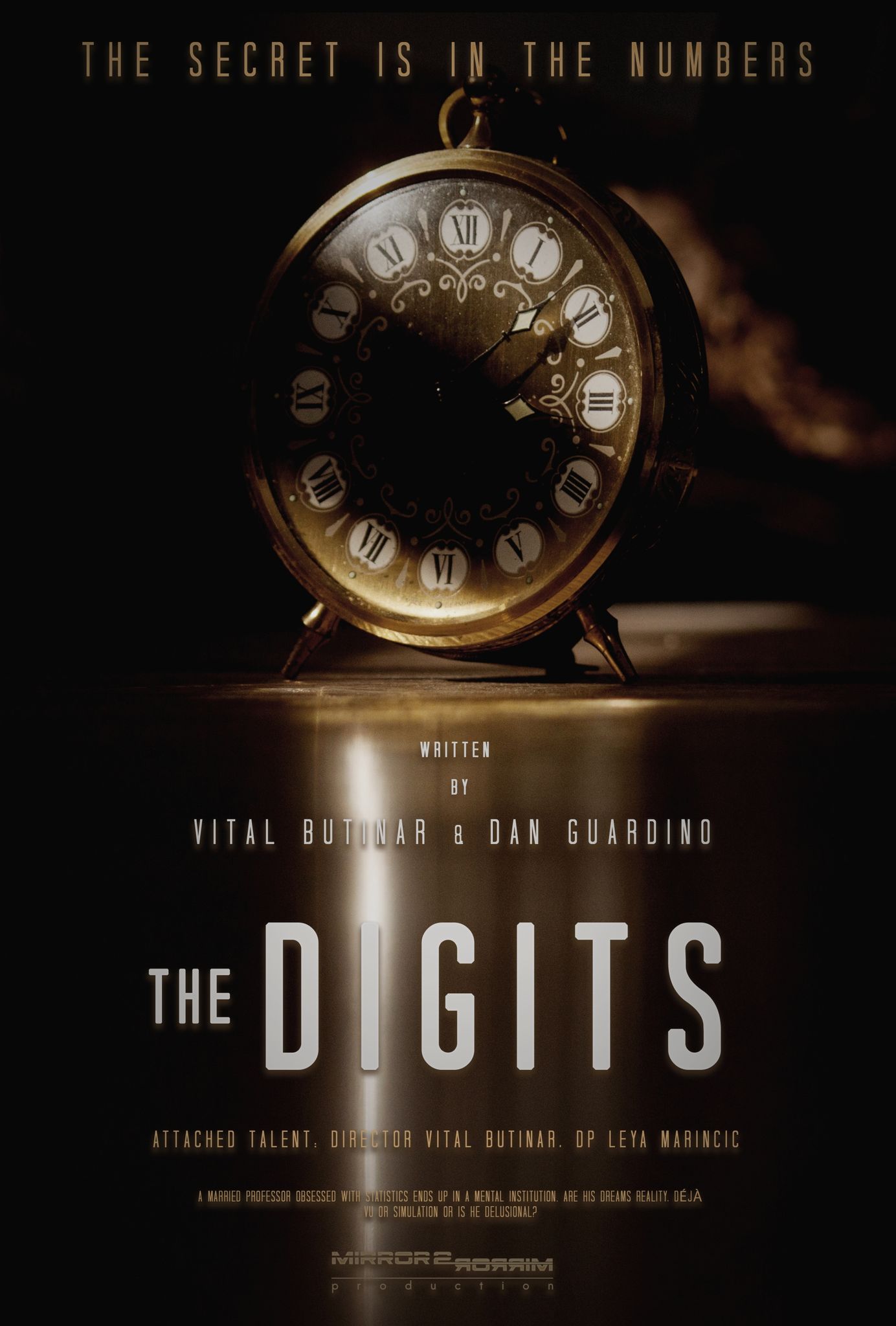 THE DIGITS - THE SECRET IS IN THE NUMBERS
By Vital Butinar

A scientist lose his mind believing reality doesn't exist and goes on a journey to discover the truth. He might be going crazy and is writing a journal or reality could be a simulation.

interrupted because of his fathers death.

he was at odds the last couple of years was harboring a very dark secret.

start to go wrong in his life, just as a new romantic interest is introduced into his life

adding to the already present confusion in the form of female student.

disgraced in front of his colleagues, just as his relationship with his wife strangely

After finding this person in a mental institution, having non of their questions get

a another twist in their relationship, even compound the already bad situation. As

result they return to figure out their misery.

happening and what that really means.

statistician he was prawn to seeing patterns in every day life.

we perceive as real does actually exist.

The story ends with the super computer, that was introduced in the beginning of the

story, showing a screen indicating that it was able to calculate all the digits of the

number pi, which would mean that in fact reality might be a simulation and that the

main character was not going crazy.