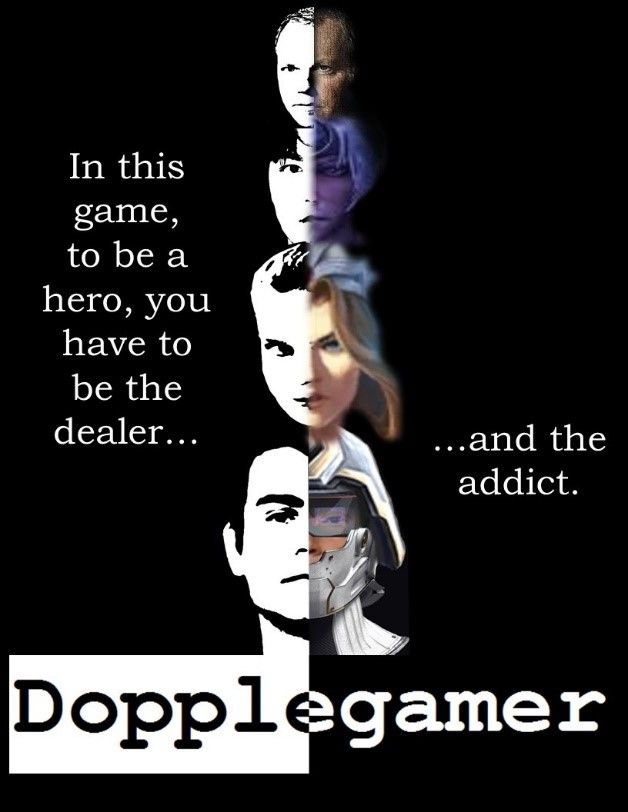 A once thankless gamer, now the greatest player in a live action battle arena game, wants a return to his old life but struggles with the allure and fame his gaming persona brings.

In this game, to be a hero, one must the dealer and the addict.

ROLLERBALL meets READY PLAYER ONE when, in the near future (a mix of an alternative and real trends), declining interest and changing society ends professional sports once attracting millions. Now the most watched sporting event on Earth is Glory of Heroes (or Heroes in the story’s vernacular). From its humble beginnings as a Massive Online Battle Arena (MOBA) game, Heroes morphed into reality: humans playing the avatar in the arena. One Hero and four Champions. Red vs Blue teams. Each player creates a fantasy/superhero persona. This is not virtual reality. Although highly computerized, via augmented reality players fight monsters, minions, laser firing towers and each other, it requires physical gameplay and people get hurt.

JASON DÁVALOS works as a thankless cook at Beachers, a Hooters like restaurant. His life revolves around Heroes: plays online, practices via simgames and participates in tryouts for teams. He scrapes by to have money for the equipment and fees needed for tryouts, addicted to the game as countless others, many wanting their chance in the arena. With few exceptions, most of his “friends” are online. His crush on the kind hearted waitress Savannah goes unrewarded.

Getting a spot on a practice squad for a professional team, he endures the contempt of the Gold team Hero Gustave. FELIX VAN ZANT, the team’s amoral manager, follows Jason’s career. With the team on a slide, his reputation is on the line. Given his drive, Jason soon overcomes his undeserving status as a noob and gets a chance to play Gold mid-season (Gold refers to the primary team players). Starting as a Champion, within a season he ranks among the best players as his costumed alter ego, Jägerdon.

He then becomes the team’s Hero. Gaming those equal in talent, his drive to the top isn’t easy. But it pays off. Felix basks in the renewed fire Jason’s brought to the team, and saves his job. All Jason wanted -fame, recognition, money, desired by women- come to fruition. He revels in the cheering crowds, groupies. A validation of his efforts and himself. Problems solved.

Soon he discovers it’s the other way around: Jägerdon achieves glory through him, and Jason’s still a nobody without it. The people want Jägerdon, not Jason. After losing a match to help and injured player, he’s taken aback when “Jason” gets condemned by fans, and how “Jägerdon” wouldn’t have done that. Save for Savannah. His “real” life didn’t really change. Questioning his own identity, promoting the game and making billions for those in control, they deal out the fantasy of Heroes, keeping others addicted.

Reflecting on the effects Heroes has on people (i.e, himself but reluctant to admit it), Felix -with his own self esteem issues and growing love/hate jealousy of Jason- presses the fact much of the social programs the corporation funds comes from Heroes, and keeps the masses entertained. Jason comes to know what the old phrase “bread and circus” really means. While part of him wants to break free, even if it means returning to his old life, another part’s unable to shake off the allure his alter ego brings.

As the annual Hero’s Championship draws near, top managers eschew the normal Blue vs Red standards and pit three top teams against each other. The resulting match would draw in millions of viewers, billions in revenue. Sensing a way out, Jason pulls his own coup.