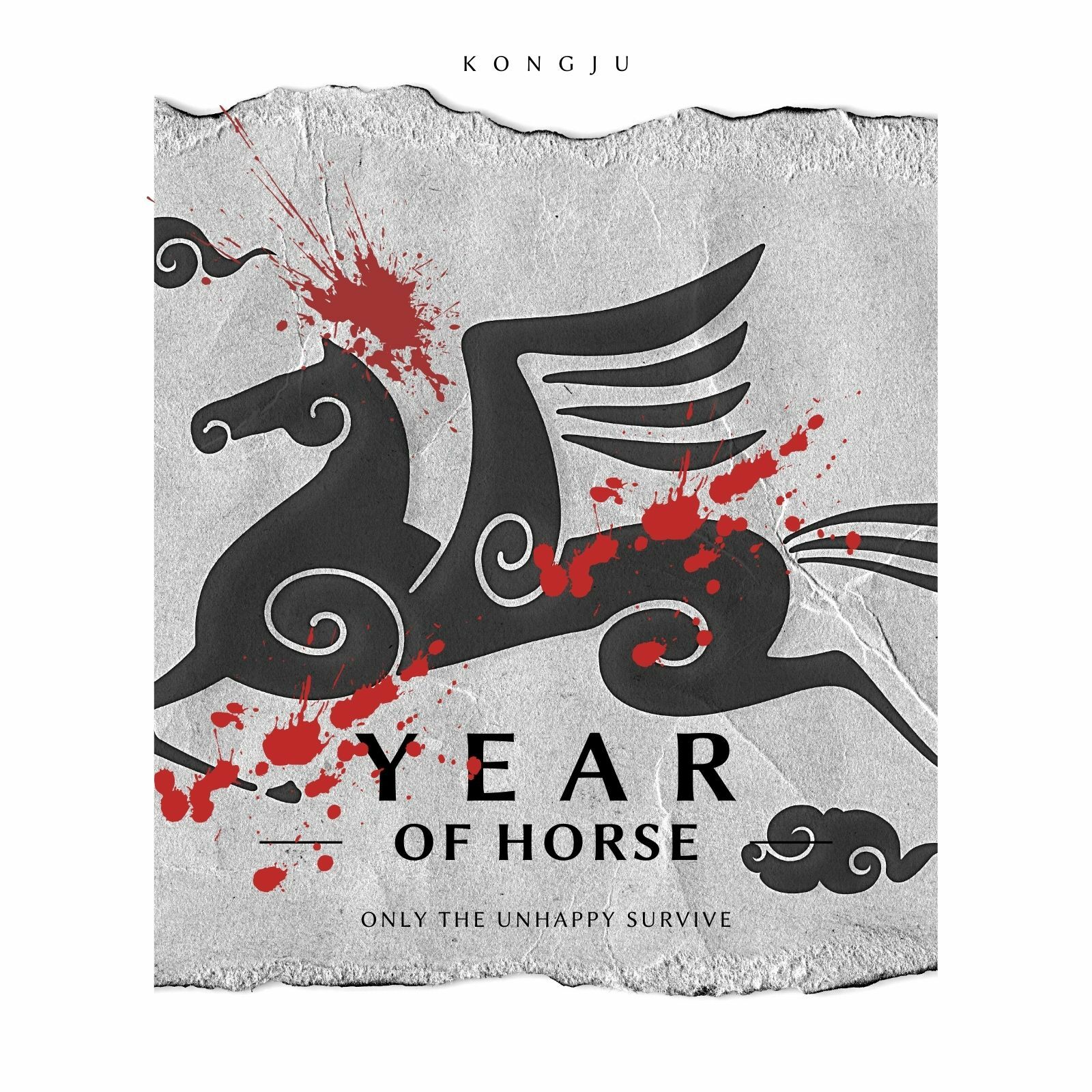 YEAR OF HORSE
By Penner Dang

Kongju, a  Chinese, legendary murderous, fire horse is on a killing spree. He needs people’s happiness to survive. Only the unhappy are spared, finding sanctuary in misery.

Year of Horse is a drama, horror script along the lines of “ A Boy and His Dog” & “Candyman”, rooted in Chinese astrology.

Raven Barone has had a tough life. When her abusive Mother becomes a drug addict/ alcoholic Raven’s father leaves them when she is five years old. Raven’s mother and her end up homeless on the streets of Hollywood begging for food. Raven is taken away and put into the foster care system where she ends up running away.

In 2026 Kongju a legendary fire horse in Chinese Astrology comes to earth killing only the happy people. Prostitutes, drug addicts, mentally ill, and abused people are spared. Kongju needs the happiness of others to survive another 12 years.

About to end her own life Raven is interrupted when she rescues a hurt, large dog with the name tag “Horse”. They spend their days scavenging for food and hiding from her abusive real street mom. She has dreams of leaving the city and going to Kenai Alaska.

After discovering her mother savagely murdered Rooster, Raven’s neighbor and guardian she is pushed to the edge. In an attempt to protect Horse from her mother she shoots her with a bow and arrow and she flies off the top of the Fontenoy rooftop garden in Hollywood. At that moment Horse bursts into a million dragonflies and disappears.

Horse was never real. Only Raven could see him. He saved her when she rescued him. Raven needed to learn to believe in herself.

Mourning the loss of Horse she sees paw prints on the street. She has hope they are Horse’s paw prints. She races down the street to find a handsome boy named Billy who is her age with a large dog. Raven decides the dog's name is Dragon. Maybe the dog is really Horse reincarnated?

Raven and Billy leave the city off to discover what’s in Kenai Alaska. Will Kongju come back to take their happiness in 2038?

I believe the universal themes of struggle, relationships and finding the power inside you would appeal to a broad international audience. The cast is highly diverse with a strong teen female lead. This has strong sequel potential