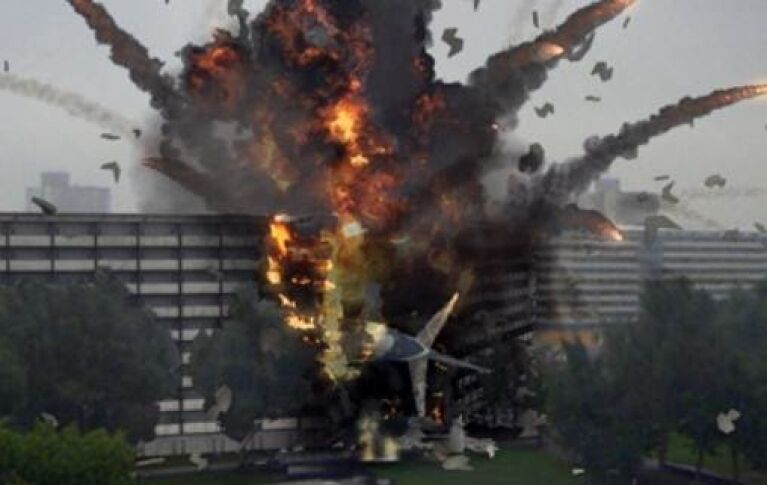 INVADERS (ALL OR NOTHING)!
By Cobus Vermeulen

What if you knew the end for all Life on Earth is fast approaching and no one would believe you? How far would you go to save the day?

Adam Gutierrez is a very plain man. Growing up and living in Quartz Hill all his life. Never venturing beyond the Los Angeles county borders and never bothered to chase even a willing woman.

All of this changes when the Air Force runs their training mission close to the Town’s districts.

While Adam work at the General Store, some of the town’s people around him, busy in the small town’s business district, not only do they hear a crash, but a few of the buildings are torn open with the impact from an Air-Force F-22 planes’ debris and an invisible ship, it struck in mid-air. The pilot of the F-22 and all the crew of the “ship” completely vaporized at the impact of both crafts.

The carnage from the accident lies over half of the Town’s main road. There are more than a hundred people injured and amongst the dead, three men from the close Indian reservation killed in their pickup truck when the jet engine slammed into it.

But what is worse, while the injured town’s people come to; those affected by the invisible ship and to a point, occupants of the ship, do all they can in getting out of there.

Remarkably, looking more and more un-injured from the accident.

While emergency personal from all sectors rushes to the poor little town, more and more of the injured people disappear from the main street. Those left are only the ones who got injured by building debris and that of the F-22.

No one thinks this strange, especially with such a life-changing event they survived.

Just after nightfall, only two men are unaccounted for and when the emergency units find the second last man, James - he is dead.

Roundabout twelve that night, the last missing person emerges. Adam looks like he was in a fight with someone or something terrible. Blood soaked clothes and ripped all over.

No one let him out of their sight while more investigators inspect the debris, trying to figure out why there is more damage than there are parts of the fighter jet over the main road.

Adam himself is affected by the same unknown entity that’s affecting the rest of the town’s people, the only difference is – Adam is in control of all his faculties.

For the time being there’s no one looking for the rest of the invisible ship, why would they, no one can even see any of its pieces lying around, that is except for those affected by the other ship’s impact on the town.

Without anyone expecting this, James wakes suddenly, walking around the debris, almost making sure that everyone else is gone but sees Adam. James immediately goes crazy, instinctively realizing that he’s affected, but he’s not like any of them.

Attacking Adam, trying to kill him while in such a remote part of the business district, many can only watch the two men literarily fighting to the death.

Shocked and unable to do much more, Adam kills James before anyone can even hope to reach them.

Adam passes out from his injuries again and when some of the rescue unit members reach them, everyone wonders why it is that Adam ripped out James’ heart or what he did to the man, ripping a hole through his body and why?

When FBI Agent Sam (antha) Rogers unwillingly arrive on the scene, Adam had been hospitalized and been under guard for almost 24 hours. Not only must she work the accident with Federal Aviation Authorities, but there’s the very weird case of a dead man and how he died, a second time!

Everyone review what might have happened and yet, there’s absolutely nothing that makes sense, looking at the information before them, the authorities are at a loss. How Adam was able to make or shoot or force the injury on James, cauterizing the wound at the same time.

Agent Rogers speaks to Adam only once. He doesn’t make any kind of sense, telling her that the others would come for him now.

While the investigators are back at the accident site, another one of the affected town’s people pops around to Adam’s Hospital room, killing the guard and then try once more to kill Adam. Stopping his singular threat to what they had become.

Adam now needs to run. Escaping from custody is one of their plans at keeping him far too occupied, not understanding what is going on himself, and keeping everyone else hot on his trail.

Adam needs time to figure out why his actions are so much different from the rest and why it is that they want to kill him.

Getting out of the county limits is just the first step. Trying to deal with all the strange images and foreign memories in his head, knowing they’re not his, and getting to the truth of what happened becomes a far greater burden on Adam.

Knowing that like Agent Rogers, he as well does not have any allies in trying to understand what is happening to him and why he has this undeniable need to find everyone else who disappeared from the town.

While Adam is hunting the affected town’s people, Agent Rogers and various Agencies are hunting him – Adam plays a very deadly game of hide and seek; hoping and praying that he’d find all the Town’s people before his strange mission is stopped by those who are hunting him.

Why do they want to kill him?

And most of all, what is with the terrible dream, seeing such pain and terror in the peoples’ faces who he walks past, in his dream!?

INVADERS (ALL OR NOTHING)!