An updated video reel of my best videography/filmmaking/editing work from 2018-2019. All work shot with the Canon C100 Digital Video Camera, the SONY A7s and the SONY FS5 and edited with Adobe Premier... Trying to spread a little joy. Ukulele cover of Put On a happy Face. Music by Charles Strouse, Lyrics by Lee Adams. 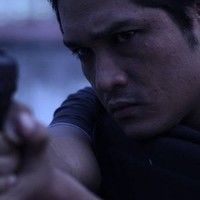 We are a family oriented production house and we are in the midst of producing a feature film titled "Waris Saka" . We started shooting this film on the 15th of Dec 2018. Our goal is to reach out to a larger audience. And we believe that this can be achieved by extensive marketing promotions to publicize this film. Donations will be spent on marketing and promotions such as TV ads, Social media, Billboards, Nationwide road show etc. Our film carries a moral message about the importance of family ties and how strained ties can be reestablished during times of difficulties. We are using elements of the supernatural to showcase the perpetual battle between good and evil and how one family decides to stand their ground and overcome the supernatural with love. The film will also showcase an ancient martial art called Silat which is a well-known art of self defense found prominently in the South East Asian region. Currently the only method of marketing "Waris Saka" is via Facebook and word of mouth. Your donations will go a long way in helping us achieve our goals. Sincerely. Jefri Jefrizal Producer 6017-5619952 jefrizal1973@gmail.com