Greg and the crew of The American Landscape hit the road in Arizona along Historic Route 66, stopping at Oatman, The Grand Canyon Caverns, and The Meteor Cra... 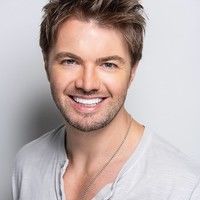 Mysterious mercenary Jack Maverick (Emiliano Ruschel) arrives in the small town of Passo Fundo, Brazil, after accepting a lucrative contract to investigate a series of suicides. As Jack mingles with the locals, his investigation takes him to a bar, where singer Natasha, pill popper Olivia (Larissa Vereza) and drug dealer Zonta might prove to be the key to unraveling the mystery. During his investigation, Jack realizes that the suicides have a dangerous new drug in common, and finds out that an international drug-dealing cartel has been pulling the strings all along. Now, Jack is the hunter and the prey in a dangerous game that might cost his life and also the lives of some of the locals he recently met – will Jack survive the city of Passo Fundo, or die trying to crack this conspiracy?