Where did the idea of the Mid-Atlantic Studios come from

If you are in MD, DC, VA, WV, NC & SC, and are a filmmaker (new, veteran, aspiring) or have a loved-one who is... Join me in helping to keep the cameras rolling in our region! www.MidAtlanticStudios... 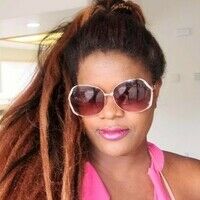 Hidden away on a Small Island sixty miles west of mainland San Francisco, is the small Island of Sandy, where San Francisco District Attorney's family reside. When Faith found herself reeling from betrayal she sunk beneath the waves of despondency. With the help of her French Assistant and her seven year old daughter Katherine, an unexpected journey began. Her exquisite ocean front residential mansion beneath the waves of Sandy Island welcomes sunrise and sunset of unparalleled beauty. With each passing day, Sunkist skies and unwavering tides beckoned her back to life. Among the many people who adore Faith is her ever adorning Mother-in-law who would readily rebuke her own son to embrace Faith, whom she loves as her own daughter. In the midst of embracing everything she once excluded and re-evaluating the new meaning of her life, she was swept into a powerful political status and unseen world of Love, Leadership, and Politics. Sample Chapter The sound of seagulls awakens the morning as the sunrise casts its glistening rays upon the surf. It was almost summer, and Faith knew it would never be the same. It seems the months had flown by since her marriage ended, leaving her life in a state of uncertainty. Faith had to be strong, for her seven-year-old daughter Katherine; her only blessing from a deceitful marriage. “Mommy, Mommy you’re awake,” Katherine said, climbing onto her mom’s bed embracing her tightly. “Fain please come quickly; mommy’s awake.” The assistant came hurrying toward the main bedroom. He knew that her mother did not want her to see her like this and had requested for him to keep her at bay for now. “Katherine, sweetheart, come so that your mommy can have her rest,” he called. But Faith motioned to him that it was alright. He exhaled a sigh of relief to see mother and daughter in a tight embrace. The two were almost identical with large green eyes and sandy blond hair. She had spent the entire winter and spring months indoors and he was beginning to worry about her. Unknown to her, there were times he’d pressed his ear against her bedroom door and heard her sobbing quietly, wishing there was something he could do to ease the pain she’d endured from her emotionally, abusive, husband Eric. But he was gone now, and to him, whether she had realized it or not, it was the best thing that could have happened to her. The only pain he felt was that she had genuinely loved him and that was worthy of grief; however long it took. A few hours later, Faith wandered into her kitchen. For some reason, something about her home appeared different than she had remembered. She could tell that Fain had done an excellent job managing things. He had also rearranged some furniture and new paintings hung on the walls in the living room, dining room and kitchen. She liked the changes he’d made and thought that maybe it would be the beginning of a new life for her and Katherine.