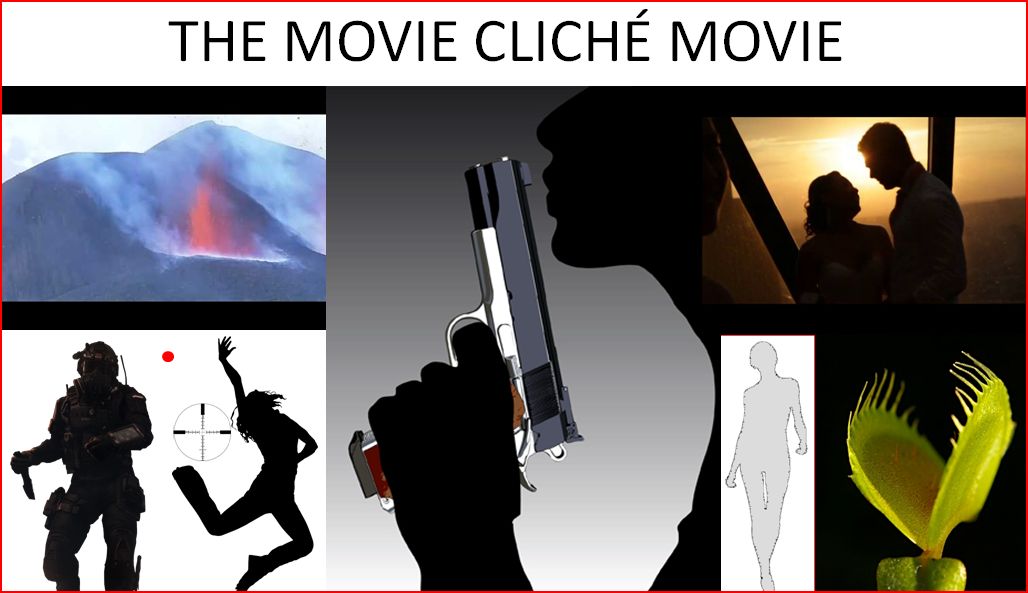 Part I – The Action Adventure Movie

There is a church wedding in progress. THE NARRATOR, a beautiful woman with an English accent, is in the back. She gives an aside to the audience where she talks about the dangers of getting married in the movies. She shoots the bride and groom.

As The Narrator makes her getaway she explains what will happen next depends on who survived the shooting.

With the premise of the bride, DALE CARTER, surviving the scene is a hospital room where THE HANDLER, a cigarette smoking man, recruits her to become an agent. She becomes an expert in martial arts.

With the premise of the groom surviving, MATT MESSER, surviving the scene is his dingy apartment. He is a broken down man when The Handler makes a call. The Handler talks the reluctant Matt into going on one more mission.

Dale and Matt deal frustrate various attempts to kill them, dispatching the bad people along the way. This culminates with them leading a commando attack on the evil organization’s complex resulting in the death of The Narrator and other members of the evil army.

There is a formal military party in, colonial times, World War II, contemporary, and the near future. Information about an enemy attack stops the parties.

A hand-picked team is formed, in each era, to halt the enemy’s onslaught.

The Narrator links up with the team as a double agent.

The team from each era proceeds, with some casualties, despite the information The Narrator supplies to the enemy.

When the teams reach their destination The Narrator attempts to kill the teams’ surviving members. In each case she fails and comes to a bad end.

The surviving team members accomplish their mission by an unconventional means.