Introduce Yourself : Screenwriter/Novelist, made the leap from brooding madness to madcap comedy. by Julian Martin 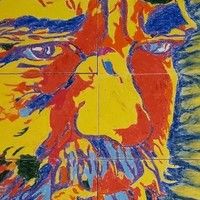 Screenwriter/Novelist, made the leap from brooding madness to madcap comedy.

I'm very stoked that I recently completed a comedy, because I've been lurking in the basements and dungeons for a long, long time. Other than a brief stab of black comedy late in the third act, I wrote something light, zany, PG, goofy, and entirely in the spirit of the Marx Brothers, Poppycock. I had the fortune to find a Coverfly reviewer who was a Marx Brothers fan, and they absolutely fell out of their chair laughing with it. Four and a half stars, brilliant, they exclaimed! So I'm pretty hyped about it and its chances to be made. The best reason to make a comedy is because it's funny. What else really matters? Did Monty Python and the Holy Grail warm anyone's heart or complete any character arcs with resonant profundity? No, it has merely made people laugh for 46 years.

Likewise, my one novel, Juni-Q and the Secrecy of Desire, found a fan in my editor, who has offered to publish it with her upstart company. I'm continuing to query until they're ready for new projects, but I'd be very happy to go with them in the end, I believe. That said, I think Juni-Q is big, and could be massive. People who complete it, who cruise along with the lackadaisical first half and find themselves ensnared in the dramatic second half, tell me it's like nothing they've ever read. Well, that's what I meant to do.

My dark, insane indie scripts and my action trilogy starter Damon's Inquiry have also received reactions from strangers who have warmed my heart to no end.

And when people have complaints,I have taken my critiques to heart and used them to unleash the potential in each of my scripts.

So I feel that ultimately, all the noise aside, I have an audience. It may not be everybody, but it may not be so insignificant either. So I'm just creating and networking, looking to find members of that audience who can help make my vision come to fruition.

I've got reactions and samples at my site www.julianmartinwriter.com and I would love to hear anyone's honest reactions. And if someone in my audience out there wants to start working together, I'm all ears. Otherwise, happy creation energy to all!

https://julianmartinwriter.com/
I just want to create something beautiful, true, and unique. Screenplays, a novel, a short story, a children's poem- mostly dark but sometimes whimsical- I always love trying something new while staying true to my voice.

Hey, Julian Martin! My name is Kay, I'm the Community Manager here at Stage 32. If you'd like to learn more about myself and the Stage32 Team, we have an intro blog: https://www.stage32.com/blog/Meet-the-Stage-32-Team Nice to meet you!

Thanks so much for your positive energy, and congrats on your writing success so far! Also, mad props for using the word "profundity". If you're looking for feedback on a logline or project, I would suggest offering feedback on others' loglines and end with an invitation for them to do likewise: https://www.stage32.com/loglines Script exchanges are very popular, and this is a great extension of that peer review.

Although, if you've already been getting good reviews, maybe it's time to hear from an executive who can tell you whether or not it's ready to move up the chain? Definitely reach out to our Director of Script Services, Jason Mirch, who is excellent at matching projects with potential executives (or maybe managers, in your case): J.Mirch@stage32.com

Keep in mind that these lounges are like the VIP Filmmaker's Lounges at Film Festivals, so this is where you can meet the people doing the work, get advice on anything you're working on, and/or give back to those who may need advice. We're a very supportive and encouraging community! I think you'd also enjoy my intro blog post on how to engage with the Stage32 Community:

Enjoy exploring the lounges, and don't forget to comment and respond to others’ posts, too! It's the best way to really connect! And, of course, feel free to reach out at any time. Cheers!