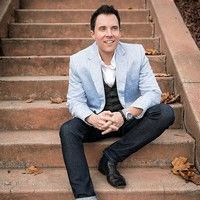 One of the most powerful emotions that we feel in movies/ TV is tension (one of the reasons it's so easy to get hooked onto Breaking Bad). I've been thinking a lot about what creates that tension, and I came to that it boils down to anticipation.

Two examples I'm thinking of. One of them is the scene in No Country for Old Men with Anton Chigurh and the gas station clerk. That coin flip scene. We already know what Chigurh is capable of. And we get the feeling that the clerk is realizing more and more that he's in a terrifying situation. But the dope thing is: not one word of it is ever mentioned. Even the threats are just "I can come back then" when the clerk says he'll be in bed at dark. It's so cool that everything is in the subtext.

Other example: the beginning scene from Inglorious Basterds. Ugh! I feel I almost start to sweat just thinking of it. Christoph Waltz's character interrogating the farmer hiding the Jews. The thing is Christopher Waltz is being so nice and charming, but we know the dude's reputation and how horrible he is. When he finally asks him if he's hiding enemies of the state, the farmer, so worn down with panic, breaks down immediately.

I think most would agree these are amazing scenes. What they have in common is that we know the threat, and so much of the threat is implied/ unsaid. That, and the acting in both is all kinds of amazing, which I'm sure helps.

Anyone else have thoughts on this?

Chris - I think you're correct in your observation. Anticipation is the root of the tension but the source is the viewer's prior knowledge of the character's real persona resulting from foreshadowing. Sometimes a 'red herring' can be used to keep the viewer on/off the track, but in either case the audience knows more than the onscreen character.

Doug - good point about the audience knowing more than the onscreen character! Tense scenes are usually the ones that make us want to scream "no, don't do it!" or "get out of there!!"

Youtube has video clips of Hitchcock talking about suspense.

I think another important part of creating tension is suspension of reality.

The example that comes to mind is, we are all afraid of losing our jobs or income, but if we create a scene where the audience is more afraid of our character's losing their job than our own, then we've really created something special. This was the success of "The Pursuit of Happyness".

I found this blog link - HTH

This is an extremely complex topic that I don't have the ability to address in a post. But one of the ways that tension is created is that the audience YEARNS to see something happen, and the audience is not sure if it will happen or how it will happen. For example, if you yearn for Tom Hanks to fall in love with Meg Ryan, and you don't know how or it it will happen, there's tension. There are high hopes either dashed or fulfilled. If you yearn for Cancer Patient to go into remission, but you don't know if he will, tension. If you don't know if Kid will fall for a prank, and you want him to avoid embarrassment, there's tension. Tension requires an emotional investment - often a yearning of what we Americans call a rooting interest - from the audience.

Hi Chris, I think it's the strength of the villain which really creates the suspense, when the audience can sense that it's a person with little to no compassion. It is this kind of dread that can make the audience really feel for the plight of the other characters. I think that's what you have in the two examples you give above.

I think the opening to Inglorious Basterds is one of the best openings ever but the reason it worked was also the environment. I didn't suspect that he was hiding anyone because the house was so very small. The farm was on top of a hill so the whole environment was very controlled. The two characters were the opposite in their demeanor as well but I couldn't tell why. If he had been on a giant farm or even in a normal looking house, I would have started to guess that maybe he was hiding people. So I think the environment is really important combined with anticipation. :)

Regina, the yearning thing is a really cool point. More reason, as writers, we have to really make the viewer care about the characters and their plight and everything. It makes sense why Before Sunset is so gripping--we really want them to get together.

S.J. agreed about the villain having no compassion. Thinking of another example: Frank Booth in Blue Velvet. Stuff of nightmares!

Regina is correct in that, Tension is a complicated question, mainly because it's very subjective.

I felt little tension in, Arachnophobia, because spiders don't really scare me. Yet, Walk the Line about that French dude walking across the Twin Towers...oh shit!

I think we all know how to create tension in our stories, the key element comes when judging the right time to release it. Too early and the audience is unfulfilled, too late and it wears out.

Tension is sometimes maintained when knowing violence could erupt at anytime. One way to do that is to have a character the audience knows can explode anytime he walks into a room or someone says the wrong thing to him. Another way is for the audience to see the danger the main character is about to step into. This is something Alfred Hitchcock did to keep the audience on the edge of their seats.

Haven't seen Blue Velvet, Chris, but looked it up and dont think I'd like to either!!

My new approach in my writing is to try to demask the villain, to try to understand what pushes him to be the way he is. you know the old adage that the evil people do is the evil that was done to them...I'm not trying to excuse wrongdoing, but I like to get philosophical about it :D

Frank Booth was an incredible villain. The hit off of some unnamed gas before he killed someone... Chills when the movie came out.

The other extreme was Fletcher in Whiplash... He can sweet tallk a ten year old child and ten seconds later be a psychopath. He was so compelling to me that I think of HIM as the main chaacter in the movie instead of Andrew.

It's the definition of the villan... In order for the hero to be great, (s)he must face a great villan.

Great points S.J. Villains are human too and although they are always more complex than the good guys, I like the audience to in some way understand why they are how they are and learn something from them as well of ourselves. Now as far as tension not knowing what will happen next is a great tension builder for me. Hitchcock was a master at it. Great points from everyone.

Fletcher in Whiplash was grrreat! I mean JK Simmons killed it. Agreed on the villains thing. I think villains need a reason for us to like them. If they're really smart, or funny, or captivating, or they have some sort of code we can throw a little respect to, we're going to be way more invested

Ya, agreed Chris and Jorge, things aren't always black and white. There's this grey area that writers need to explore. The villains with great backstories are more real. It really gets you thinking if they are just totally beyond redemption.

I was inspired by this conversation to write a blog post: https://www.candivan.com/blog/2017/10/06/how-to-build-tension

I gave a shout-out to all of you in it.