Screenwriting : The Austin Film Festival - what to expect? by Justin M Sloan 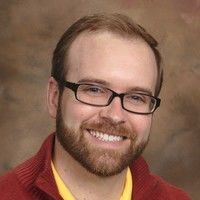 The Austin Film Festival - what to expect?

Definitely recommend every writer go at least once. It is a very relaxed atmosphere where everyone is approachable. It does tend to get repetitive year after year, so you don't need to blow the wad if you can't swing it. Stage 32's party being open to non-badge holders is brilliant so definitely worth going to that if you're in the area. I'll miss the 32 party this year, but hope to see you around, Justin.

Justin, you managed to answer every question I had before I asked them - thanks so much! Hope to meet you there!

Look forward to seeing both of you there! And Phillip, hanging at the Driskill bar is also free, so don't miss out on that!

Justin: I live in Austin and have been to the Driskill Hotel Bar several times. Every time someone comes to visit, I always make sure they see it.

Thank you for all the information. It gave me an overall view of what to do, see, expect. Very excited to be going my first year.