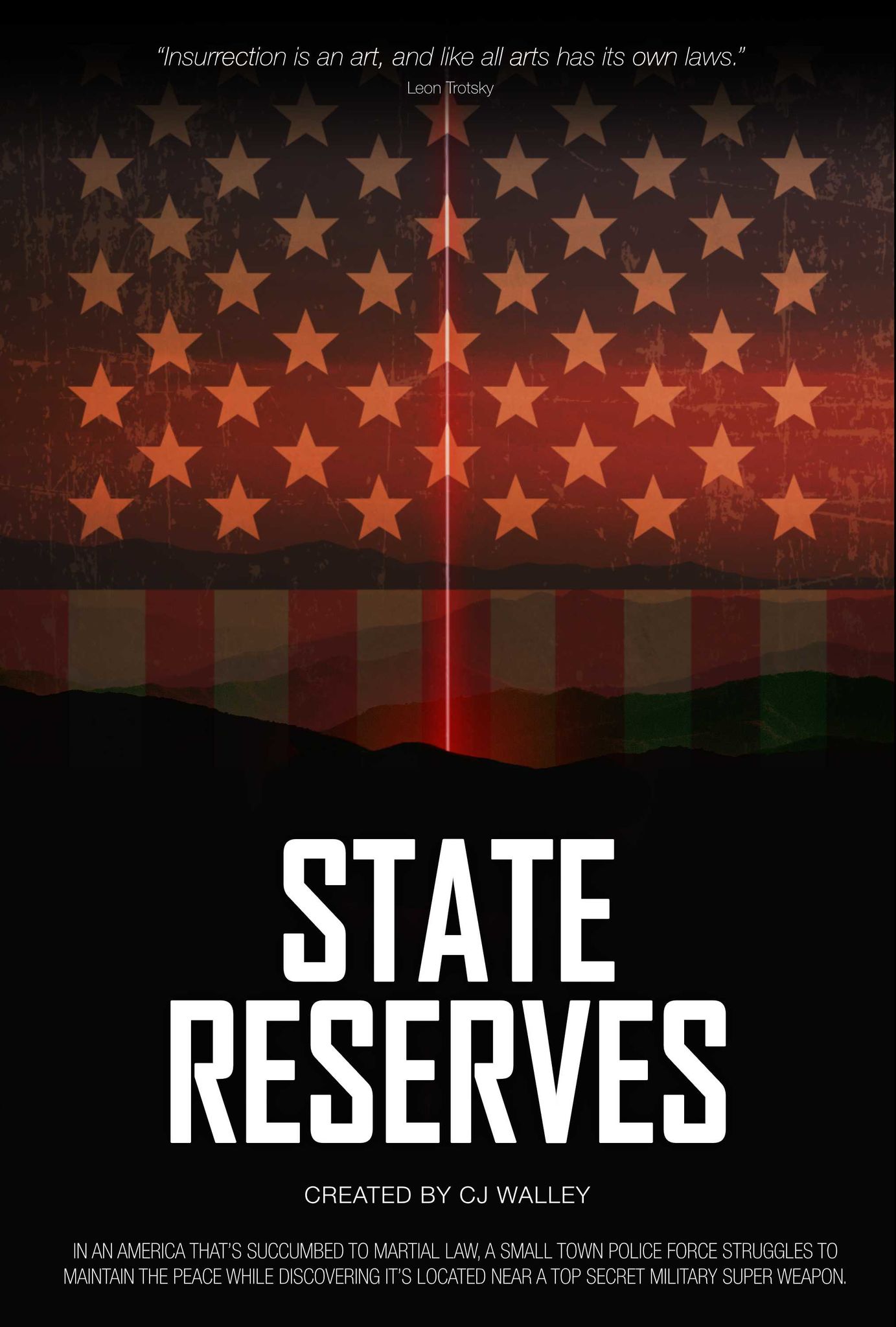 In an America that’s succumbed to martial law, a small town police force struggles to maintain the peace while discovering it’s located near a top secret military super weapon.

State Reserves takes the typical highly popular procedural TV drama concept associated with the law, rescue, and medical services and fuses it with science fiction while alluding to elements of the supernatural that will take viewers on a ride into a story that retells them how the world works in a way that’s both exciting and plausible with stakes on a global scale.

Set in the near future during the ongoing collapse of society across the world, the series follows a rag-tag group of EMS workers within a town in West Virginia getting swept up into a new para-military division known as the “State Reserves” all while trying to deal with civil unrest and the activity of a deeply mysterious military facility hidden deep within an abandoned sanitarium that contains a massive laser super-weapon.

Think “The Walking Dead” meets “Lost” with all the exciting perils of a dog-eat-dog environment combined with the gradually unfolding news of highly advanced top secret military technology along with the revealing of hidden secret societies operating well above the government’s control while asking many philosophical questions well worth pondering.

Within this world is Alison O’Donnell, a police officer trying to serve and protect as best she can. A woman who’s led by a strong moral compass but pulled in different directions by family ties, political affiliations, and military command as those around her vie for control of the community she’s sworn to serve as they try to define a new world and new order that aligns with their belief systems and puts them in charge.

We follow O’Donnell’s investigation into the mysterious military facility while she tries to maintain order in her town and watch her become more and more aware of what she is part of and the significance of her actions can impact humanity on a global scale. We come to witness someone torn down and rebuilt by the events they experience while finding love and losing family in the process.

This is a story that hopes to use its exploration of the role of a protector to remind us how complex that position can be when you take the time to look at it from multiple sides, how seemingly cruel many of the decisions can seem on face value, and how easily the foundations of law and order can be undermined by those willing to abuse what’s sacred in the pursuit of power.