The Rogues: Dawn of the Black Sun Fundraiser Video 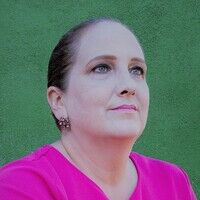 “LUMINARIES” A CHILDREN’S BOOK ANTHOLOGY Written and Illustrated by Tracy Simpson Available at Outskirts Press, Amazon, Barnes and Noble Winner of a Purple Dragonfly Award in 2017 Luminaries – The themes contain a string that loops all three stories together. Story #1 – “The Battle between the Star Signs and the Kaptorvatons” Story #2 – “Traveling with Francine and the Fireflies” Story #3 – “The Enchanted World of Uniland” Story #1 is a tale about power struggles between good and evil. Aliens are working together with misguided humans to conquer and destroy earth’s resources and the human spirit. Members of the zodiac and arch angels ultimately save the day. Story #2 follows the adventures of two fireflies who befriend a faerie and show how friendship and understanding can overcome all obstacles. The story culminates with friendly time traveler visitors bringing a message of love and hope to all sentient beings. Story #3 is about two children who discover a talking unicorn. The authorities swoop down and capture her; but, she is eventually rescued by the children’s Uncle Clyde who is a geological surveyor and horse whisperer. In return, the unicorn, Kira, allows them to see a perfect utopia – her home – Uniland. She then entrusts them with one hundred magical crystals to bring about the harmonization of earth. I believe that “Luminaries” expresses positive thought principles in a very creative and succinct way that will illuminate the hearts and imaginations of children and adults alike everywhere in the form of an animated television series or animated feature films. “Luminaries” focuses on the need for spirituality in everyday life as a means to grow, learn and make positive changes in the world.