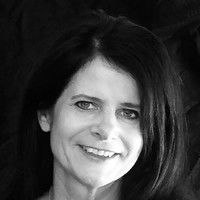 Is age a barrier? As I fill the requests to round out 100 of these tips, I debated about this one: ‘how old is considered too old for a screenwriter? So many agents and managers that listen to pitches are half my age.’ Let me preface by saying that I am probably the last person you want to advise you on whether you should let age, race, gender, location or social status, determine whether or not you write (or create anything). My bottom line answer is, NO EXCUSES. If you have an internal itch to create something with words, paint, music or macaroni, just ‘effin do it and don’t look back. The phenomenally creative master, David Bowie, is a bit more poetic about it: ‘Aging is an extraordinary process where you become the person you always should have been.’ (Don't get me started on how much he is missed). Talent in any art form is subjective. I know plenty of musical front men who have a massive following – yet they can’t hold a tune. Plenty of prolific artists whose beauty is in the eye of the beholder. Plenty of shitty screenplays get made every year. So if the quality of the art is not a barrier to entry, why the hell should the physicality, wealth or age of the creator be? Consider these tidbits: https://www.youtube.com/watch?v=QgAnxD4TqfY And if you want proof that you're an older person presenting to an entry level agent in his 20s shouldn’t stop you here’s more: At age 23, Tina Fey was working at a YMCA. At age 23, Oprah was fired from her first reporting job. At age 24, Stephen King was working as a janitor and living in a trailer. At age 27, Vincent Van Gogh failed as a missionary and decided to go to art school. At age 28, J.K. Rowling was a suicidal single parent living on welfare. At age 28, Wayne Coyne (from The Flaming Lips) was a fry cook. At age 30, Harrison Ford was a carpenter. At age 30, Martha Stewart was a stockbroker. At age 37, Ang Lee was a stay-at-home-dad working odd jobs. Julia Child released her first cookbook at age 39, and got her own cooking show at age 51. Vera Wang failed to make the Olympic figure skating team, didn’t get the Editor-in-Chief position at Vogue, and designed her first dress at age 40. Stan Lee didn’t release his first big comic book until he was 40. Alan Rickman gave up his graphic design career to pursue acting at age 42. Samuel L. Jackson didn’t get his first movie role until he was 46. Morgan Freeman landed his first MAJOR movie role at age 52. Kathryn Bigelow only reached international success when she made The Hurt Locker at age 57. Grandma Moses didn’t begin her painting career until age 76. Louise Bourgeois didn’t become a famous artist until she was 78. Whatever your creative dream is, it is not too late to achieve it. You aren’t a failure because you haven’t found fame and fortune by the age of 21. Hell, it’s okay if you don’t even know what your dream is yet, you just got legal entry into the pub, have a few thousand drinks and figure it out. Even if you’re flipping burgers, waiting tables or answering phones today, you never know where you’ll end up tomorrow. Never tell yourself you’re too old to make it. Never let the fact that you have boobs or a schlong make you feel like you don’t belong Never tell yourself you missed your chance, you can’t fall off the floor, but you can get up and try again. Never tell yourself that you aren’t good enough. You can do it. Whatever it is. As a 41 yo this is something I need to read often. I do worry about my age.

My RSI hurts today, so short posts only. lol Will my body last long enough for a writing career? Coming soon...to a cinema near you...Surviving Screenwriting.

Motivation! It doesn't matter how old you are...unless you're a model

It's never too late to start the life you have always imagined e.g.-- Colonel Sanders did not start KFC till his 60's!!

I work with some people that are in the seventies and still going strong. Age is just a number.

Our bodies are so fragile.

Laurie, a wonderful post, thank you. LOVE the video!!

Nice post, and can I say I've never had anyone who has requested one of my scripts ask my age. Not once.

Lovely post. I got beaten in a half marathon yesterday by a 72 year old... Rock on and keep going up the hills! x

at my gym, Im getting slayed by 50++ housewives and retired folks! :) as long as your brain is healthy and passion still burns inside- anything is possible

May be we need to make Weesay Freeman the patron saint of every struggling creative. What an example. Damn - I need to get my finger out. I have just celebrated (well may be not celebrated) my 61 year - and have watched with increasing alarm the sands of time slipping through my hour glass. Only last night - I was bad mouthing the fates for the alarming number of producers over the years, who have whispered blandishments in my ear only to fail to raise the dosh. As a screenwriter - I ask the fates for one thing - "before you cut my threads - please may a project that I have written - attract a decent budget".

Weesay is awesome, I believe someone has since bought him a real guitar -- so keep the faith!

What a great, optimistic lad. Inspirational post, Laurie. Age is but a number...or numbers (in my case lol).

The only time my age comes into play is when I sometimes feel like I don't have time for the "wheels of Hollywood turn slowly" bullshit. I'm not 30. I don't have endless years to "make it". Lol.