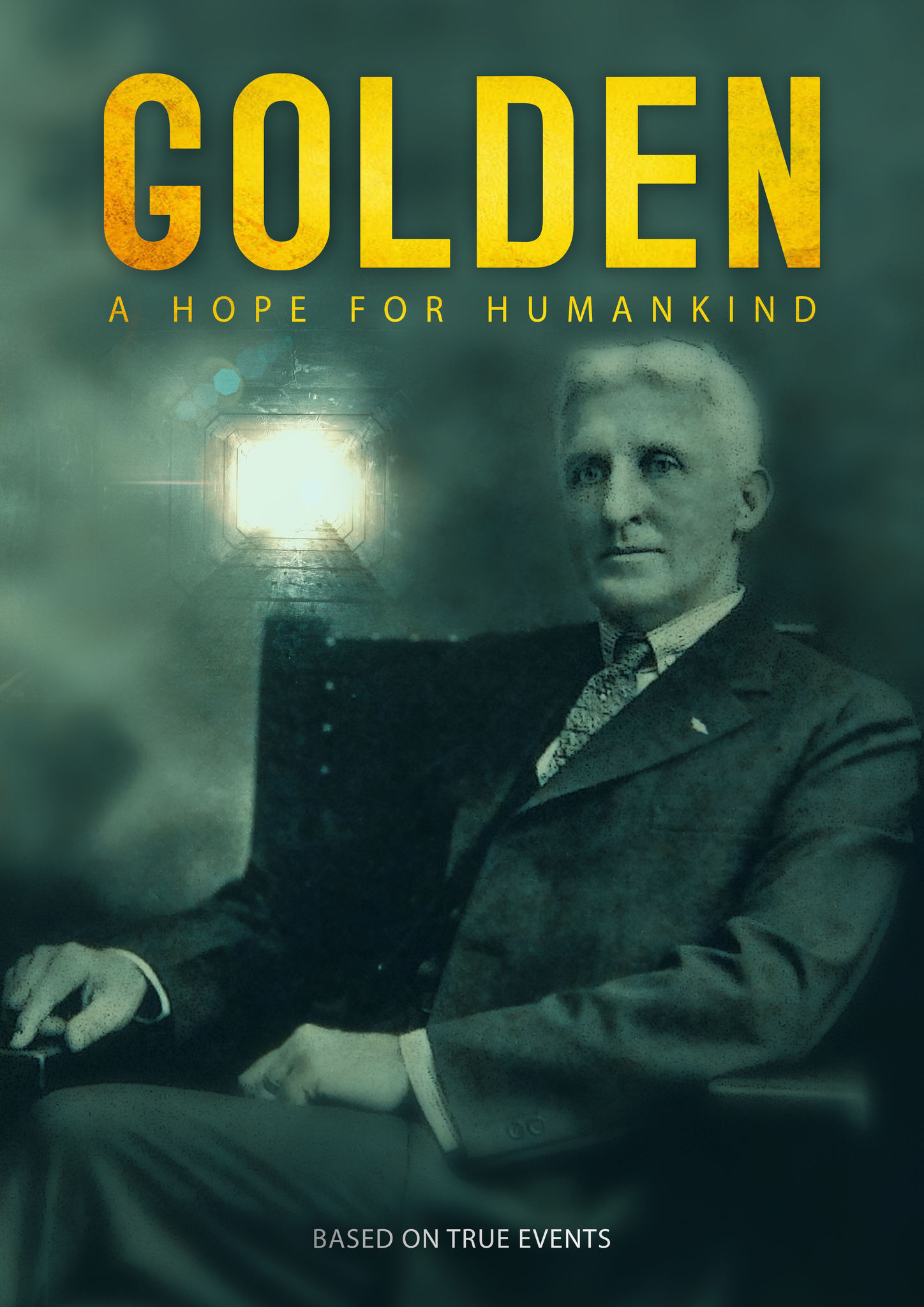 When spiritually gifted Arthur Nash shares across America a philosophy he believes has power to heal the world, organized labor and religion go on the attack, putting his beliefs on public trial.

Fast-tracked for religious leadership by the elders of his church, gifted young Arthur Nash's future seems settled. But when church elders judge a close friend and mentor as hell-bound, Arthur abandons his faith, his family, and his religious ambitions.

Hardened by five long years as an itinerant worker and train-hopping hobo, Arthur meets his future wife, herself a Christian. But their years together do little to soften his critical assessment of Christianity's “failures,” nor his relentless impulse to vocalize it. An unusual opportunity comes when a preacher friend asks Arthur to fill in for him, assigning as Arthur's topic: “The Trouble with Christianity.”

As he prepares his damning sermon, Arthur's eldest son is injured in WWI, then his younger son enlists, sending Arthur plummeting into despair. For comfort, he turns to the gospels, finding new meaning in the passage: “… all things whatsoever ye would that men should do to you, do ye even so to them.” Becoming convinced of the law of reciprocity — or the Golden Rule — as the guiding principle for human relationships, he makes this the thesis for his sermon.

But Arthur's belief is soon tested when, in haste, he purchases a tailoring factory that turns out to be a sweatshop. Though lacking funds to raise his workers' wages, he fully commits to treating them as he would want to be treated if he were them, and doubles or triples their pay anyway.

Certain he is financially ruined, Arthur goes on the road, shopping for a farm for retirement once forced to liquidate his business. When he returns, he is astonished to discover his factory has tripled production. As his business continues to grow at a phenomenal rate, “Golden Rule Arthur Nash” becomes a local, then national celebrity, sparking controversy and attracting criticism from the labor union, the Amalgamated Clothing Workers of America.

The Amalgamated targets Arthur's factory for organization, propagandizing and waging war in the newspapers, solidifying factory workers' hostility toward unionization. While Arthur travels the nation on the success of what soon becomes two “Golden Rule factories,” factory conditions deteriorate deprived of his charismatic presence. Infiltrated by Amalgamated members, workforce unrest is triggered from within, with Arthur's sons — left in management positions during their father's many absences — caught in the no-win middle. Industry holds up Arthur's Golden Rule plan as a “model scheme for licking unionism,” while the Amalgamated, with iconic labor leader, Sidney Hillman, at the helm, joins forces with the Federal Council of Churches, and together they threaten to expose Arthur as a religious hypocrite — the one criticism the man Arthur Nash cannot bear.

Untold for nearly a century, Golden Rule Arthur Nash's gripping and inspiring tale comes to light, keenly and undeniably relevant at this compelling juncture in our own history.

Please DM requests to read this feature-length script. Thank you for your interest!

Thanks so much for reading about it, Mack! Yeah, Nash's story has held me captive for eight years. I look forward to checking out your work as well (super curious how one is "pestered by the dead")!

sounds like something I would like... I taught design all over the US using the Bible.... just goes to show that there are many paths to God and back... good luck

Truth is where you find it :-)

Clint, Anthony -- you guys rock! Nice to find so many working creatives unafraid to put their work out here where we can support (including with honest critique) and validate each other! Some people write; some people rate. You guys do both. Thanks again.

Arthur Burton, meet Arthur Nash :) Thanks so much for the logline rating!

Golden is such an important story, and not only because I wrote the script (and Arthur Nash's Wikipedia page, thank you very much!), but because of the radical philosophy he dared to live. There is something to this Law of Reciprocity the whole world could learn something from just now, and we need all the help we can get. Thanks for rating my logline, Juno!

You're welcome. Girl, contributing to his Wikipedia page is such an honor - in a small way, but I think it matters since so many eyeballs are going to be looking at it (I think it should be rated higher than C class). I just got done reading the script and visited his page afterwards. I'm excited to read Pod People tomorrow night. I hope this script can go into production one day. I can see the scenes play out very clearly on film. A part of me also wanted to see more of the very minor character Jo. Can I ask for a small bit of advice, too? I'm trying my best not to get discouraged with writing competitions. It's not the rejection aspect (writing prose, I'm used to it); it's dishing out money that doesn't amount to anything. I don't plan to win, but I'd love to at least make it as a quarter finalist in one of them. The Academy Nicholl Fellowships gave me good coverage on my script Oasis' Requiem, though in the end it wasn't chosen by either them or Screencraft (I didn't purchase Screencraft's coverage package because as an intern for the past year, I'm low on money and the cost was ridiculous; I took the criticisms from Nicholl to heart, so I don't know what the judging panel at Screencraft saw wrong with it this time). When I get the necessary funds, should I try submitting to Nicholl again? Or should I go with the Finish Line Script Competition or the Austin Film Festival? Thanks in advance, Cheryl.

Juno, I always knew it would take a village to bring Arthur's story to life, and the hour has arrived for some village-building! You and your talents are welcome, my friend! No special insights on contests but Script Revolution only recognizes Academy Nicholl, AFF, and Stage 32, so maybe the most affordable of these? I would get as much feedback as you are able and let it marinate in your intuition. Then keep rewriting, fearlessly. I choose to believe that eventually a great script will get noticed if we do the work to make it great and then use contests and sites like this one and Script Revolution to attract attention. In the process, we still get to meet really cool, passionate, creative people — an end to a means!

You are the first person to notice Jo, and we are touched; I may be able to do just a little something more for her. So excited for you to read Pod People! It was very liberating to write an original after such an epic biographical work. Looking forward to exploring your projects!

Thank you so much for the response (sorry, I'm seeing it late!). I think I would like to try the Austin Film Festival and the Academy Nicholl again after more rewrites on what I have (at least for the coverage, ha ha). Winning isn't everything and there's no point getting hung up on it. ;) Stage 32 has good services here; I just need to make more money first because Lord knows I barely make wages on internships! Absolutely. I think that's why I joined a site like this and Script Revolution - to build a network and meet people. After all, you gave me excellent feedback on Aduantas (and for that, I'm forever grateful). Oh gosh, I loved Jo! Is it possible to see her in a short film, maybe? I also loved every single one of the Italian and Irish characters (a bit of what my family is, so I'm biased, sue me!).

Thanks for your feedback, Rachel; #2 now leads :)

In the log line, why not use Mr. Nash's real name? Maybe this: When spiritually gifted Arthur Nash shares the business philosophy he believes has power to make the world a better place; America's organized labor and religion go on the attack, putting his beliefs on public trial.