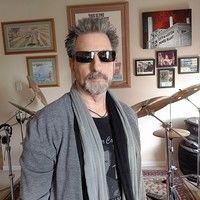 Film adaptions of great books: A game of hits and misses.

This week I began adapting a work of literary fiction. It got me to thinking about films that were made from books I enjoyed. For me and many others, To Kill a Mockingbird is a great example of a popular book that was beautifully adapted by Horton Foote. Another great adaption of a book was the 1971 film The Last Picture Show, which was from a novel by Larry McMurtry. I loved the book and thought the film also did a brilliant job retaining the novel’s essential elements. Since the original author also adapted the script, that may explain a lot. In the case of my favorite novel The Great Gatsby, I’m not too fond of the three versions of the film I’ve seen. Other film adaptions that were big disappointments were Dune, Ironweed and The Hitchhiker’s Guide to the Galaxy. What are some of your favorite hits and misses?

I'm not much of a bad-rapper of art, but some of my favorite adaptations are The Graduate, Jaws, The Exorcist, The Godfather, Bright Lights Big City, Dr. Zhivago, Trainspotting, The Shining, Catch 22, Lord of the Flies, One Flew Over the Cuckoo's Nest, Lolita, Dr. Strangelove (based on Red Alert), Cool Hand Luke, The Man With The Golden Arm, 2001: Space Odyssey, Goodfellas (base on Wiseguys), Midnight Cowboy, Midnight Express, Born on the Fourth of July, War and Peace, Heaven and Hell, Donnie Brasco, Full Metal Jacket (based on The Short Timers), Schindler's List, Anna Karenina, Frankenstein, Dracula, Rosemary's Baby, In Cold Blood, Apocalypse Now (based on The Heart of Darkness), Roots, The Color Purple, The Autobiography of Miss Jane Pittman, The French Connection, and...Lawwwwwwrence of Arabia (based on Seven Pillars of Wisdom). Looking at my bookcase, I could easily list 200 more, but will stop there, before adding The Wonderful Wizard of Oz, Misery, and Dog Day Afternoon, which was based on an article in Life Magazine. And another Nelson Algren classic, A Walk On the Wild Side. Mr. Algren is one of my most favored and most revered Writing God idols. The famous jacket notes from Mr Algren, a great observer of humanity, include the following: "The book asks why lost people sometimes develop into greater human beings than those who have never been lost in their whole lives. Why men who have suffered at the hands of other men are the natural believers in humanity, while those whose part has been simply to acquire, to take all and give nothing, are the most contemptuous of mankind."" I think each and every one of Stanley Kubrick's films were based on novels. My picks tend to lean towards older stuff. I haven't bought or read too many novels lately over the last 20 years, unfortunately. I think the majority of what is considered great films are based on great novels, and would even bet that is true. Maybe not as much in the 21st century, but certainly between 1940 - 1999.

It's not a film, but the Outlander series to us is a prime example of how works of literary art should be adapted into televized/white screen works.

all my books to movies are NYC Writers like Richard Price, B Ellis, J McInerney, L Carcaterra. probably the worst or one of the worst is Bonfire of the Vanities (remember Tom Wolfe?). I have lots of Hits but I'm excited about "The Arrival". Book by Ted Chiang (18++ years to make it to the silver screen).

Bill C: I think you need to provide more examples. I never read Pasternak's Dr. Zhivago but do love the film. And you've sighted many great adaptions. What Robert Bolt did with Lawrence is the gold standard. I read Donnie Brasco around 1990 and initially didn't care for the film version. However, when I watched it again last year, I liked the film much better. Didn't know that Strangelove was a book. I looked up the novel and here's what it had to say about the film adaption: "Red Alert author George collaborated on the Dr. Strangelove screenplay with Kubrick and satirist Terry Southern. Red Alert was more solemn than its film version and it did not include the character Dr. Strangelove though the main plot and technical elements were quite similar. A novelization of the actual film, rather than a reprint of the original novel, was published by George, based on an early draft in which aliens try to understand what happened after arriving at a wrecked Earth."

EADT: I've never watched the Outlander series but have heard good things about it. Dan MaxxxxxxxxxxX: I had forgotten all about the Bonfire of the Vanities adaption. You're right, it was was horrible.

I thought The Lovely Bones (Peter Jackson) was beautifully adapted, and the emotion of the film stayed true to the book. The dream sequences were divine. I loved The Life of Pi (Ang Lee) (same reasons). I also loved The Best Exotic Marigold Hotel (John Madden). I haven't read the book, but seeing the film made me want to, and Deborah Moggah, who is a heavy-hitter in the UK Literary establishment, wrote it. I don't feel like starting up on all my sci-fi faves today, dozens of them, but I'll just mention that PEH has put up a poster of DUNE here, which is one of my all-time faves. Sand-worms in the desert in Beetlejuice, anyone?

There's a great documentary called JODOROWSKY'S DUNE all about that filmmakers proposed version of DUNE. It would have been awesome!

My go-to adaptations are both Rob Reiner films: Stand By Me and The Princess Bride. Both great adaptations that preserved the tone and heart of the source material in a masterful way.

I'm interested to see how the adaption of "The Girl on the Train" turns out. I really liked the book so I hope the movie is good. Otoh, I thought the adaption of "Gone Girl" was absolute crap.

East of Eden is a great film. (I hear that it focused on just one chunk of Steinbeck's novel.)

Phillip: sorry, bro...walk up with a nasty sinus infection today and not thinking too clearly as the weather has changed here in Las Vegas (finally!). I would start with the great Damon Runyon's works. Something like 20 of his books/stories were made into films. My faves are Guys and Dolls.....Lady for a Day, which also was re-made as one of my all-time faves, Pocketful of Miracles.....A Slight Case of Murder, which also was re-made as Stop, You're Killing Me....Little Miss Marker.....and The Big Street....etc. etc.... His writing style....wow....inspiring and a major influence to this day....and honored with the adjective "Runyonesque". A Major Writing God forever and always.....Damon Runyon.

I really enjoyed the Odd Thomas book by Dean Koontz, but didn't care for the movie. I also enjoyed the Lark Rise to Candleford TV series, but couldn't get through the book afterwards. Actually, if I hadn't seen the show first, I wouldn't have ever considered buying the book. Dead Zone by Stephen King is another one of my favorites. Both the book and movie. Also, I liked The Celestine Prophecy book but didn't like the movie at all. The Mothman Prophecies is one of my favorite movies, but I wasn't as interested in the book. And as Phillip had mentioned first, To Kill a Mockingbird is one of my favorites, both the book and movie.

Linda, I also enjoyed the Mothman Prophecies film, so I admit, I haven't read the book. My wife loved Lark Rise to Candleford, which was no doubt a high quality production.

Phillip, yes, Lark Rise to Candleford was definitely high quality. Whoever did the initial adaption knew exactly how to weed through the lengthy descriptions and locate the gems at the heart of the story.

The Fight Club is one of the best film adaptations ever =). And LoTR trilogy.

Linda; Have you seen the recent BBC production of War and Peace? It was adapted by Andrew Davies (BBC's Pride and Prejudice), which is one of my favorite mini-series, as is this new War and Peace. It's a real treat and beautifully directed by Tom Harper who has also recently directed those cheeky Peaky Blinders.

Phillip, No, I haven't. After watching my Lark Rise to Candleford DVDs so many times that I could quote their lines, (lol) I tried checking out several others like Cranford--which I didn't care for. And then Bleak House--which I also didn't care for. And then lastly Downton Abbey---which I enjoyed but only until the 2nd season began. Then, in my opinion, it became too gloomy and I didn't watch anymore of it. But, now after reading your post I found War and Peace on Amazon and will check it out soon. Thanks for suggesting it. :-)

GOODFELLAS...If you read WISEGUY, the book it's based on, you'll see how careful Scorsese and Pileggi were in selecting a throughline narrative from a wealth of material. So much from the book was omitted, yet the essence of the story was captured, and then some.

RB: Nicholas. Pileggi did write a wonderful script with a great 10-minute opening. I'm doing a similar thing for the adaption I'm working on this week.

They did the same with CASINO...Another book that had staggering research and reach. Good luck with the writing, Phil!

RB: Thanks and having fun too.

That's what truly counts...No doubt it will show up in the work!

By far the most disappointing adaptation that I have ever seen was (The) City of Ember. That was one of my favorite books growing up and I was really looking forward to the movie. My biggest problem with the movie was that it added too many things that made absolutely no sense. I really hope that it's remade soon. Some movie adaptations that I think do a good job in which I really liked the books are the Narnia movies, The Hunger Games franchise, and Flipped. I think the 2006 miniseries is the best adaptation of Jane Eyre and I prefer the 2005 Pride and Prejudice over the BBC miniseries.

Tivoli's comment reminded me: we can't talk about poor adaptations of YA sci-fi fantasy without mentioning Eragon. Not the greatest novel ever, but I really enjoyed it growing up, and the adaptation was just unbelievably messy. That adaptation (and likely City of Ember), missed out on what LoTR and Goodfellas (for example) did so well: maintaining the essence of the story without trying to match the source beat-for-beat on a surface level.