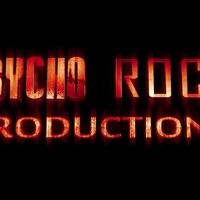 Thank you for organizing, David!

I would like to get in on this event. sounds great!

Thanks to the Los Angeles Angels who are helping promote our film 108 Stitches: http://angelswinblog.blogspot.com/2014/08/go-see-movie-108-stitches.html...

This sounds great. Looking forward to meeting people in 3 dimensions!

Hi everyone- We'd love if you could help Stage 32 celebrate our 3 year anniversary at your meet up, as eel as supporting 108 stitches! When you get together, take a photo and send it in to us and we will display it at the 3 year party in LA!

Looking forward to the meet up and also celebrating 3 years of Stage 32 is great! Hulu shares Exclusive 108 Stitches Clip http://www.hulu.com/watch/679586

Thanks for the update Mandy! Looking forward to the meet up.

Yes, count me in.

I will definitely be there!!

I would love to come. How can I rsvp?

I would love to come but I have acting class that night. :-(

How do I RSVP?

looking forward to it.

Would like to attend, where do I RSVP? Thanks!

Not seeing how I RSVP. Or is this response the RSVP?

I will try to make it.

Looking forward to it David!

Is this how we RSVP? I'm coming and possibly bringing a friend.

We are looking forward to meeting up with fellow Stage 32ers, and very excited to be attending the theatrical release of "108 Stitches". We are very proud to be representing the Sound Department on this movie. David Rountree is one of the most incredible Directors we have ever worked with!

Sounds like a super fun evening and a great way to get to know other Stage 32 folks! I'm there!

I would like to attend. Please keep me informed of any updates. Thanks.

Hi all! This is Solange of Dog House Post! We were responsible for everything you HEAR in "108 Stitches"! We had such a good time on this movie! The Bosses were a blast, the Cast was amazing, the Crew are the best, and I'd do anything for David Rountree! He is so talented and such a joy to work with! I am so proud to be a part of his productions! Thank you David! See all of you there! I can't wait to meet you!!! xxxo

I'd like to attend as well. Please keep us posted. Thanks

I would like to attend as well. I just moved to Los Angeles from New Jersey last week and could use all the networking opportunities that I can get! :)

Hey guys. I am organizing this Stage32 three year anniversary party/108 Stitches movie screening. We're still getting a lot of questions about how to RSVP... to RSVP, just say in this thread that you will attend. I will personally follow up with each person once the event details are locked. From this thread, we will make an overall list. Stay tuned for the exact start time. We will find out this Tuesday evening and are going to base start of the PF Chang mixer off of the actual movie start time. We are also working on a Q&A with our Stage32 Filmmakers and actors of 108 Stitches for our Stage32 members in attendance after the movie. Looking forward to a great evening!

Sounds great, I will be attending!

Rats, I forgot this is Tuesday and Tuesday I have commitments ongoing. (sigh)

Thanks everyone. Final details coming soon! In the meantime, you can follow us at Twitter @PsychoRock2 Psycho Rock Productions has 2 films coming to theaters this year and 4 in development over the next 2 years.

Thanks for the update Mandy! :-)

Looking forward to meeting you all and getting final details.

Thanks I am RSVPIng Sonja

RSVP me where do I pay?

You will be able to get your ticket at the event.

Hi! Any update on the meetup! Would love to meet everyone. -

Looking forward to seeing you all there - Tuesday evening!

Thanks Peter. See you there.

Great. See you there!

Dog House Post is RSVPing for 2, and possibly 3 (will confirm a little later this evening). Looking forward to being there!

RSVP me as well. Thank You.

I would just like to add what a great time I had last night, and that the Stage 32 members are among the nicest people I have met anywhere. It was so nice to meet everyone in person and put faces with names. The whole evening was a great experience. Thank you again, David, for hosting this delightfully enjoyable evening, and thank you Richard Botto for creating Stage 32! It was so much fun working on the movie "108 Stitches" in post sound, watching it in a large box office theater among new people was an amazing experience, but hearing the laughter and emotional reactions from everyone was the greatest experience of all. Congratulations David Rountree, Jeff and Jake Katofsky, and to the entire cast and crew on a job well done! What an incredible journey and experience to have shared with all of you.

Enjoyed the movie and meeting everyone - esp David and Richard. Looking forward to the stills and press release so that I can do a review for L A Splash, one of the places that I write for.

Fun time last night and nice meeting many of you! Thanks David and all involved! Fun movie with heart, great actors and crew! Congratulations!

Last night was a great venue for creating a physical meetup of Stage 32. Stage 32 is now more of an entity and a resource I can use going forward. Prior to last night it was just a group I was a member of. David's film was terrific! I'm not saying it broke new ground, but it played what it was perfectly and Laura hit the nail on the head - it has great heart. I recommend it to anyone who wants to come out of a theater feeling better than when they went in. And for a LOW budget film, that is awesome. Hats off to David and his fabulous cast. They nailed it!

I already wrote this directly on Mandy's page, but I wanted to thank David, Mandy, and of course RB for providing the wonderful opportunity of the meetup/premiere of 108 stitches. It was great getting to meet many of you and I look forward to working with many of you in the future, David included. Great job and congrats on the movie! It's absolutely amazing what can be accomplished with a low budget, little time, but an amazing group of people/cast. Looking forward to future work from Psycho Rock Productions and David in general; I'm also looking forward to future meetups! Thanks again! :-)

Sorry I couldn't make it last night, as I was composing for a web series. Feel free to message me and connect. I'd be happy to meet with any one of you. Best of luck to '108 Stitches' in the future!

Thanks David, Mandy and Richard for the wonderful event yesterday. It was a real pleasure to meet everyone - the film was a lot of fun to watch and the Q&A afterward was extremely informative - it's amazing what was accomplished with 108 Stitches and I wish everyone involved continued success!

I can't express enough how much I enjoyed meeting everyone yesterday. So much talent and wisdom and fun - it was all too wonderful. I'm already pitching 108 Stitches to everyone I know! It was incredible hearing about everyone's dedication and passion for the project, and it really shows. I'm still in awe that this film was shot in only about two weeks! Thanks, David, Mandy, Richard, and everyone else for this event and, also, for just being plain awesome! I'm looking forward to seeing and connecting with everyone again in the future :)

Thank you to everyone who came to the Meet-up/movie screening, including Richard Botto (RB), the CEO and Founder of Stage32! The group was fantastic and lots of networking was able to happen. We are going to send out a personal email to everyone who attended with the Stage32 links to those who were there. It will allow you to re-put a name and face to those you met. Thanks to everyone again as all support is greatly appreciated. Best, David

Hi, David - looking forward to those pix and press release so that I can write up the article. sstevenstarlow@gmail.com Please put 108 stitches in subject line so it doesn't get overlooked. xx

I was filming for the past two weeks. Sorry to have missed this. How was it?!

It was pretty frickin' awesome! No worries on missing it though, congrats on the filming! :-)

I hope to be able to meet you all another day. BTW, if anyone needs a 1st AD, I'm available right now! :)

Same here! Well, there is a 3-year anniversary meetup tonight at 8:30 in Hollywood, so if you're able, you could swing by there and meet everyone! :-)

Write to joey@stage32.com and get your name on rap list

I had a great time last night! Wish i would have met more of you! Thanks for letting me know about this.

Hi Amanda! I'm glad you had such a great time! Yeah, there were probably a few hundred people there, and I definitely didn't get to meet everyone which includes you. :-( Maybe next time, or maybe we can all plan out a meetup or something, because there were plenty of people I would have liked to have met but never had the opportunity to. Thanks for going, and you're welcome! :-) 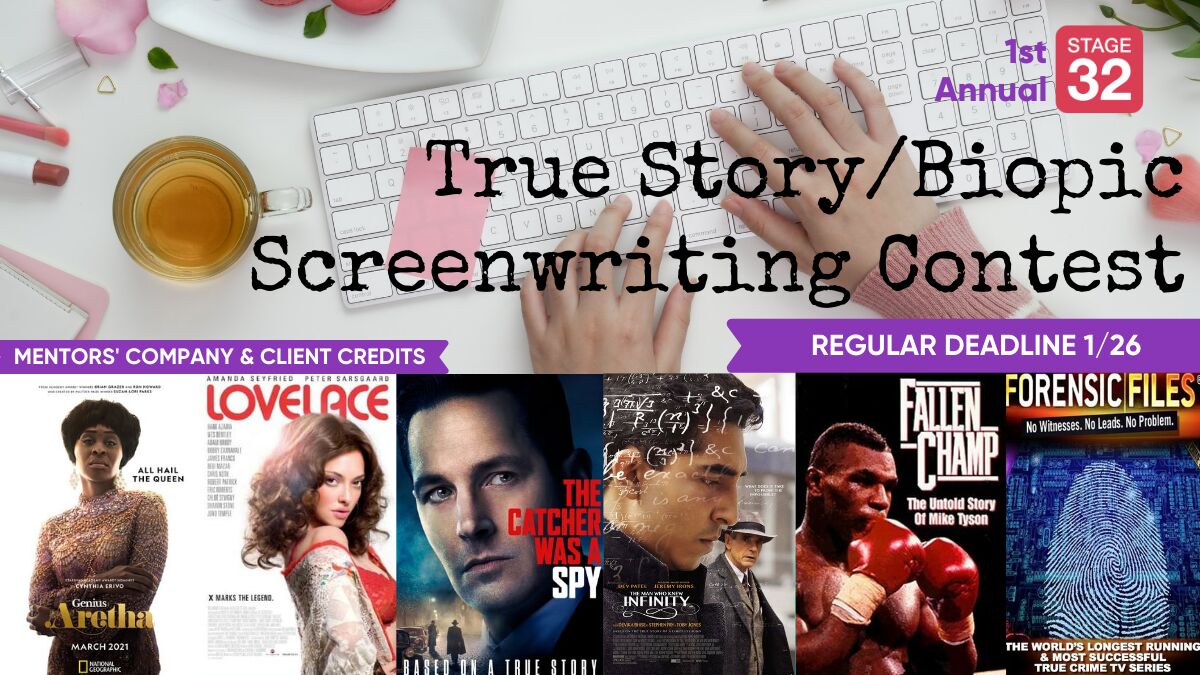 Other topics in Stage 32 Meetups: