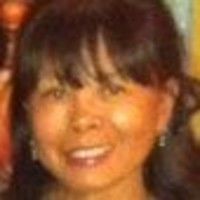 I Got Seven Requests

Seven, that’s the magic number, I got Seven requests thanks to Stage32/Happywriters Pitch Sessions ! Let me tell you about my experience from the very beginning. In fact, I’m a newbie in screenwriting. After having attended numerous online courses, webinars and completed my first spec in a Master Class, I submitted it to a consultant and a script coverage. Then I checked the possibilities to have it read by a production company, an agent or a manager. Of course I was not repped and my unsolicited material was doomed to be rejected. Even so I started sending query letters, but postponed the cold calls, feeling more at ease with writing English. (Did I mention that English is my third language ?) Anyway, I surprisingly got one manager’s email reply who showed interest in my Action/Thriller script. I was over the moon ! Soon after, while browsing the Internet, I came across Stage 32 website. I immediately joined that community and received a warm welcome from Richard Botto and numerous members’ invites. I also noticed that Online Pitch Sessions were organized there by Joey Tuccio. -- By the way, what a great opportunity for the people living outside LA or around the globe ! What’s more, Joey spares those like me, petrified by a Verbal Pitch, by giving us the possibility to send a Written Pitch submission instead ! But the icing on the cake is that we are offered direct access to the very execs who usually don’t accept unsolicited material and who are inaccessible otherwise. ! But let me come to the point, the moment when I anxiously started submitting my first written pitch. To my greatest surprise, my script was immediately requested, and followed by a second request a few days after ! You probably wonder how I got seven requests so far ? That’s quite simple, I could not resist pitching to the prestigious Production Companies which called during the following weeks, and also to newest ones, as long as they looked for my script genre. (Ghost House, Benderspink, Bold, Cross Creek, Route One Films, Flick the Switch, Future Film). Although I’ve also been rejected several times, I think I can learn from my mistakes, that’s why I continue pitching. Actually, it has become a kind of addiction because I still find some comfort in doing that while I’m in the wait. It’s been nearly two months since I got the first request, and I’ll soon receive a report. Till then I’ll keep my fingers crossed. I wish you all every success and the same thrilling experience. Richard and Joey, you have all my gratitude.

This Is great to hear Suzanne. And seven is a luck number (Just saying). I wish you the best of luck with you scripts moving forward.

Remarkable, Suzanne! Don't sell yourself short..you got those 7 requests because you were prepared, honed your pitch, and did your research on which companies were worth targeting. In short, you put the same work into the networking/marketing end as you did into writing the material. And that, ladies and gents, is how it's done. Here's to the next step, Suzanne. Sending all the positive energy I can muster your way.

Richard, Joey, Antonio, CJ, thank you all for your encouraging words. Your support means a lot to me. From where I stand, I can feel the positive energy ;-)

Congratulations, Suzanne. Good things are happening! Stick with it like you've been doing, and something will certainly come from it. Failure only happens when you stop trying. I'm sending you positive vibes!

Congratulations, Suzanne! If the script you pitched is the logline you have in your profile, it's no wonder it received several requests. That's a great logline with a great action premise. Well done :)

Congratulations! You know you have my support! :)

Congrats, Suzanne! Thanks for sharing and good luck!

That is great. I am just starting the journey that you are on. Don't forge to enjoy the sights on the road along the way.

Your story is very similar to mine. If you want to heqr it let me know. Also what do you mean by this statement: That’s quite simple, I could not resist pitching to the prestigious Production Companies which called during the following weeks, and also to newest ones, as long as they looked for my script genre. (Ghost House, Benderspink, Bold, Cross Creek, Route One Films, Flick the Switch, Future Film).

Thanks Suzanne, your piece is very encouraging. Submitting your work and receiving negative feedback can be a hard dose to swallow BUT I'm learning it comes with this industry. So I must keep trying until I make the right connection. Thanks again!

Beulah, Of course I'd like to hear your story, and I'm probably not the only one who could benefit from your experience. How far ahead of me are you-- have you already heard back from them? Now I'll try to clarify my statement. Well, though I got two immediate requests, I kept submitting written pitches to other Production Companies, famous or not, because my material met their requirements. The companies mentioned in brackets are those who requested my script. Sorry if my statement was unclear, it just reflects the tricky intellectual passage for me from one language to another (French to English).

Thank you Linda. Never give up!

Thanks for the clarification. I have not yet pitched , but I am looking for producers who are interetsed in biopic(true story) and/or school setting.. What did you use to locate producers for your genre?

There are producers interested in biopics. First, you will know who can be interested with Joey's Pitch announcements, where he mentions the names of the execs and the genre they're looking for. Then you have the IMDBPRO website, where you check the Production Companies filmography. Hope that will help you. Good luck with your project!

I will certainly do Jennifer. Thank you for your interest.

wow, that's inspiring! Thanks for sharing this, Suzanne... and please, DO let us know! :D

Thank you Francesca, I'll let you know about the outcome of that creative journey.

George, I paid $ 45 for each written pitch submission and just followed the instructions about what to write when I submitted it for the first time. Then, according to the reports I received, when I was rejected, I made some tweaks. But as I said, the first two ones were requested. You also have the possibility to buy a phone pitch preparation with Joey for $50. Have you tried this service? I haven't, but you can all read the testimonies of the people who are happy about that opportunity. Hope that helps. Good luck with your project!

Did they give you the reasons why they passed? There are so many possible reasons. The only way to know what went wrong is to ask a professional, and that's not free of charge I'm afraid. $ 50 is surely worth paying for honing the perfect pitch. Don't take a rejection personally, but do whatever necessary to hold all the aces and try again!

If they did not understand, it's probably because it lacks clarity. Not liking the plot is not a good argument. If they said so, may be it's because the plot requires fixing. George, I can only recommend you spending $50 to PREPARE and FIX your pitch with Joey first. Fixing is what you want , so why not contact him, he'll be able to help you.

Joey, you're my hero! George, you're in good hands!

Joey is amazing! He helped me pitch to the right company. Although it was my first pitch at the time, my session was extended due to some serious interest and I'm cleaning up my pitch for the next go around. All thanks to Joey!!

Thank you for sharing Jeffrey. Congratulations and best of luck with your next pitch session!

Great news and thanks for sharing your experience!

Congrats and thanks coming from Briana and Andrew, two great host presenters,? I'm really impressed. Thank you so much!!!

It's important we share our experiences. Other people can learn from each other. We are not alone in this world. We are on a journey and people cross paths for a reason.

Couldn't agree more, Andrew. That's what it's all about. Great post.