Introduce Yourself : From Prison to Major Motion Pictures by William Xifaras 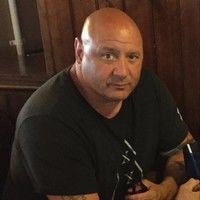 From Prison to Major Motion Pictures

Hello Everyone on Stage 32, My name is William Xifaras and I'm a film actor out of the Northeast U.S. Just wanted to say to those starting out: Anything is possible (not to mistake that with anything is easy). I was released from state prison in my 40's, after spending 5 years locked up for Intimidation of a Witness. The crime was in relation to a shooting of a pimp/ drug dealer who later said I intimidated him not to testify against the shooter. I took it to trial and lost... although it's a long story, I won't bore you further with details. Upon release my college degree had little value due to the now felony conviction that went along with it. I had to find a new means to support myself and my family. I began to act and take film acting classes. Learning this new trade by acting in college student films. Little by little I noticed the positive feedback in addition to more auditions. This was 8 years ago, and now, although I'm far from where I would like to be, I've been cast in a few major motion pictures as a principal performer (speaking role). Some of the films I've been cast in include: Ted 2, The Equalizer, The Heat, and The Town (although you won't see me credited due to my role was in a Massachusetts state prison and Dept. of Corrections wouldn't allow me in to shoot it). The Director's and stars I've worked with included: Ben Affleck, John Ham, Harvey Keitel, Paul Feig, Sandra Bullock, Antoine Fuqua, Denzel Washington, Seth MacFarlane, etc... Sitting in a prison cell at middle age, I never thought this would be a reality. So, anyone thinking they can't do it, or that it takes too much time, or there are too many sacrifices involved, etc., remember anything is possible with a little luck, some hard work, focus, and a genuine desire to do better. Nothing of value is easy and anything is possible. Best of luck to all of you. William X

Thanks Brandi, I'm not actually new to the site. Just posted because I've been hearing a lot of frustration from actors. Was hopefully shining a little light in a dark tunnel.

Great story William! Congratulations on turning your life around... its very inspiring for all of us!

Great post, Will! Thanks for shining! I've got some great parts for you in KINGSTOWN and THE DEAD ONES. Both stories are posted on my page. If you see anything you like,let me know!

Thanks Don and Shawn, much appreciated. I will check out your sites as soon as possible.

@William, thank you for sharing your story. Best of luck in all your pursuits!

Now that's a story you should write and one I would love to see.

Thank you Scott, Regina, and Essence.

Nice. Thanks for the story.

Welcome to you! wonderful to see that you didn't let your light turn off.

THIS right here is a great example of not giving up. i wish you nothing but the best my friend.

Thanks Mike, ILan, and Richard.

Awsome William! Great story! Never give up! Am very happy for you William. All the best for you and keep on riding on tne wave of success!

I admire your tenacity, William! Keep it up!

Inspiring William, may the winds of success always be at your back. Please keep us informed as to your continued success. I have someone pulling for you.

Thank you Robert, Kweku, and Boomer.

Rock ON! I have said for years that I love an Ugly Win. It doesn't have to be pretty to be good and valuable. Thanks for introducing yourself William!

Good for you keep making your desires come to fruition, looks like you're doing a good job of it now

This is what is so amazing about acting...and on-camera acting in particular. One's past mistakes, tragedies, and other regrets serve to create a unique worldview and 'lived in' persona which the camera tends to adore. Experience, dubious or otherwise, is not only an excellent teacher, but it lends you a gravitas and a presence you might not otherwise possess. Acting is the art of reinventing oneself again and again while always being you. It is a process which began the moment you told yourself you could do the improbable and start life anew on your own terms. I commend your resilience and I identify with the wonder of waking up to realize that, for all your regrets, you would not change a thing about the path that ultimately led you to exactly the place you need to be.

Thank you John, Stephen, and Michael.

Thanks again Michael; you are very perceptive.

Thank you William for sharing your inspiring story... I wish you more successes in all your endeavors and hope all your dreams come true. It seems to me you have a lot to offer. All the best to you.

Thank you Sylvia, but wow, talk about a story: Yours is quite the story. Hope to talk to you soon.

Yes, life can throw us a curve ball when we least expect it. Thank goodness there's a light at the end of that dark tunnel.

Wish you nothing but continued success William!

Thanks for telling us your story and boosting some of us who have yet to make our break.

Good luck and best wishes to you, William!

Thank you Donell, Holly, and Clay.

William, that's really inspirational. It' just never too late to do what you want to do with your life - Cheers, mate!

Note to self: Stop making excuses. Look what this guy did! Thanks, William!

Thank you Anthony and James.

Wow William, what an incredible life you've lived! It's so great to have you and your talents in this community! Have you ever thought of turning your own story into a movie?

Thank you Shannon for your kind words. I've been asked that question numerous times. Possibly one day, but that time hasn't arrived yet. Perhaps soon though...

Thank you for motivating us, William!

Thank you Suzanne and Darryl.

Kevin, I always have to leave my city for auditions (as well as classes), because there are none where I live. A few times even was told I may have to fly to Los Angeles, but that was after I landed the role. Regarding an agent; I've met with one and can sign with him but we both agreed now is not the time.

Thank you William and God bless you.

That's how you make lemons out of lemonade! Good for you William for persevering and for creating a new normal for yourself. They can't keep a good man down!

Thank you Catarina and Matt.

Tracy, thank you very much. I believe anything's possible but it has to start in the mind first.

That's an inspirational story, congrats on what you've done and for what is to come

Thank you Loren, all the best to you too.

Okay, c'mon -you're taking over my e-mail now I have a strange late night feeling we'll meet some day - Buenos nochas

Thank you Asumin for the kind words.

Thank you William. As a student in film right now, that meant a lot to me.

Thank you Maya, wish you all the best.

Inspirational William. Hope your hard work continues to pay off, and that luck stays on your side! T

Thank you Tom, and all the best to you too.

I love threads straight from the heart. Maybe "Welcomes" not the right word William, since you say you not new here, so will just say stick around! WOW! Your own story makes for a film. Thanks or the share.

William that was powerful! The best to you.

Thanks William, and the best to you as well.

Thanks for sharing this with us all, William. Definitely inspirational, to say the least. Best of luck with your continued creative endeavors!

Well, TWO years have passed since you posted your story, William. Any updates?

Good for you!! Thx for this great success story.